Some of you may remember the Norwegian koran burning and the subsequent day of rage set into motion by the OIC, primary reactions in Turkey and Pakistan. Of course. It’s a buyer’s market for outraged mobs in Pakistan. Its nearly the only growth industry.

One of the more propagandistically efficacious responses by muslims was to give away thousands of free Korans across Norway hoping to make those who burned one seem petty and mean spirited. Unlike the muslims of course, raping, killing and waging jihad across Norway.

Of course this leads to a problem for the muslims I would think.

The purpose of burning the koran was to raise awareness of what was in it and its anti-Western components most Western people refuse to admit exist, or matter at all if they do.

So one wonders how giving thousands of them to Norwegians, beyond the superficial optics of a seemingly benevolent act in the wake of what is made out to be an awful one can work for muslims.

For the answer we turn to Author, Bruce Bawer from his December 10 2019 article at Gatestone:

On the heels of this remarkable news came the announcement that three Norwegian Muslim organizations, in response to SIAN’s Koran burning, planned to hand out 10,000 copies of the Koran to Norwegians at stands in Oslo and, perhaps, Bergen. The idea, said Hamza Ansari, a member of the board of one of those organizations, the Oslo mosque Minhaj-ul-Quran, was to “demystify” the holy book. Another one of the organizations, the Islamic Literary Association, added that “the Koran teaches us to show love.” Which Koran, one wondered, were they talking about? Surely not the one I have read, which is full of injunctions to kill Jews and other infidels, among many other horrific mandates. Indeed, it turned out that the “Koran” in question is a 2013 translation into Norwegian that “contains explanations” intended to clarify the seventh-century text for twenty-first-century readers.

In fact, this 2013 Norwegian-language “Koran” is available online. A perusal of key passages, however, shows that it bears little or no resemblance to the actual Koran. Take this verse:

O you who believe! do not take the Jews and the Christians for friends; they are friends of each other; and whoever amongst you takes them for a friend, then surely he is one of them; surely Allah does not guide the unjust people. (5:51)

In the Norwegian “translation,” this verse reads as follows:

Is it a judgment of ignorance they want? And who is better at (judging) a judgment than Allah for a people who have the certainty of faith?

Please do click over and read the whole article by Bruce Bawer. It also explains more about how Norway is threatening indigenous Norwegian citizens that if they do not act as if burning koran (or insulting islam) is a crime, the government will damn well make it a crime.

And the logic is that burning a koran is an utterance of hate, and somehow that’s illegal unless of course, its hate of anything the state demands you hate. Anything that can be branded as nazi for instance, or classical. Standard directed 2 minutes of hate stuff. Whatever is under the rubric of Emmanuel Goldstein will, no doubt be made mandatory to hate, while any act or utterance that diminishes the authority of leftism or Islam will be a “hate crime”.

The most basic sleight of hand of the totalitarian, yet surprisingly to many of us, Astonishingly effective so far.

One of the very first books written in English in the modern era about the consequences of the importation of Islam to Europe and the West, was “While Europe Slept” by Bruce Bawer. It is still, over a decade later, one of the best ‘Red Pill’ books you can get on the subject. Any of you looking for a gift for a friend that would be at least receptive to reality enough to read a book on it, that would be an excellent choice.

UPDATE: Norwegians appear to be burning Korans all over the place now.

Listen to the tortured logic this woman uses to try and blame (essentially) president Trump, but more directly all non-leftists for the attack on a pair of lesbians by what, increasingly, we can surmise are muslims.

In this case, the lack of names or photos of the attackers might indicate that a lack of evidence in this case, given the Press rules on ‘minority’ reporting, is indeed evidence of who did it.

If she really wants to face the consequences of her actions she would do so under sharia. Everything this lawyer says is in the spectrum between spin doctoring and lying.

Also she knows that civil law in the US is far far more compassionate in its worst consequences where there is no death penalty, than how sharia will treat her for the most trivial of actions. But I would insist on something about which, I have been banging a drum for several years now…

Here is a stunning display of unmitigated subterfuge. Notice the use of language to justify the total transformation of Christmas, perhaps the most defining aspect of Western culture, into pure Islam:

A chapel in Linz, Austria, is set to blast out the Muslim call to prayer each day throughout the Christmas period as part of an “art installation” aimed at emphasising  “that Islam is a religion of peace.”

At certain times each day between December 2nd and 23rd, people strolling through the centre of Linz will be treated to “a special kind of audiovisual experience,” when recordings of muezzin calls, which were taped in Algeria, Mozambique, Istanbul, and Singapore, are played from the chapel of the Upper Austrian Cultural Quarter’s Ursuline Church.

The organisers behind ‘ADHINA’ say the installation “succeeds in linking the aesthetics of different realms of reality,” when visitors hear “the muezzin call as an Islamic ritual” melding together with “the everyday sounds of a secular-urban world,”, as they walk past the “Christian sacral architecture” at the site, where the baroque buildings were founded as a monastery.

The farce runs deep in this explanation. If there was even a grain of truth in any of it, they would do this at any other time but Christmas.

The last paragraph is an especially classic example of postmodern gibbery-joo.

I sincerely hope the Austrian public will recognize this gesture for what it actually is. A Casus Belli. Also someone who speaks Arabic may want to actually record what is broadcast and translate and publish it with a proper sense of the meaning of it. Because generally speaking what is let loose from these devices would be stopped and jailed as hate speech were it from anyone or anywhere else.

Thank you very much, MissPiggy for thee huge amount of work that went into this difficult project. Difficult both for the language used and effort in translation, and having to listen to that imam with microscopic detail.

From the Toronto Sun:

The man who has presented himself as the point of contact for the family of Faisal Hussain is a professional activist who has reportedly committed himself to “framing a new narrative of Muslims in Canada” and creating a “national political movement.”

Shortly after the Ontario Special Investigations Unit revealed the identity of the Danforth shooter as 29-year-old Faisal Hussain, a news release was sent out to select media attributed to the “Hussain Family”. […]

It was provided by Mohammed Hashim, a full-time organizer for the Toronto & York Region Labour Council. Social media accounts belonging to Hashim show him heavily involved in supporting NDP candidates both federally and provincially in Ontario. He’s also described as a driving force behind the National Council of Canadian Muslims.

A fair amount of deception and spin in this fellow’s answers.
Related item:

Redouane Ahrouch, the founder and the president of Belgium’s “Islam” party, refused to look women in the eye during a TV debate. He also didn’t shake their hands. One of the women said she felt “humiliated” and “worthless” afterwards, Belgian newspaper Gazet van Antwerpen reports.

When the Islam party was created, one of its goals was to promote better integration of Belgium’s Muslim population. But, just after Ahrouch had been elected, he switched his position and recently said he wants to create an Islamic State in Belgium.

(Please continue at VoE linked above) 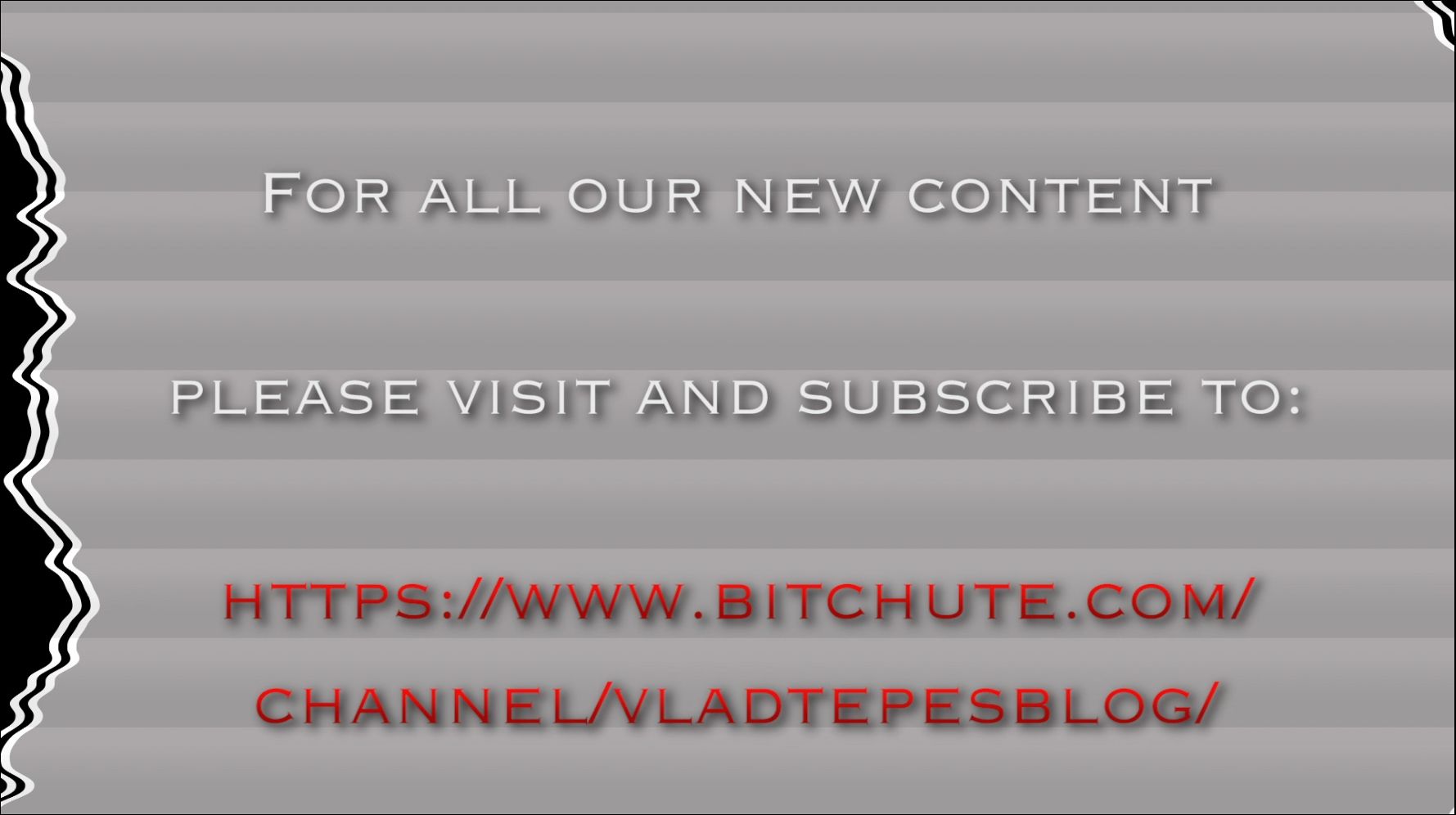 Thank you Egri Nok for these materials.

I like how The Islamic Union explains that skipping lunch makes it unreasonable to join the demonstration against terror. And we all know that muslims are reasonable above all..

Apparently the joke going around at this demo goes: Editor to photographer, “You can leave your wide angle lens at home”.

Winnipeg Sun article. I suggest downloading before it is altered or removed.