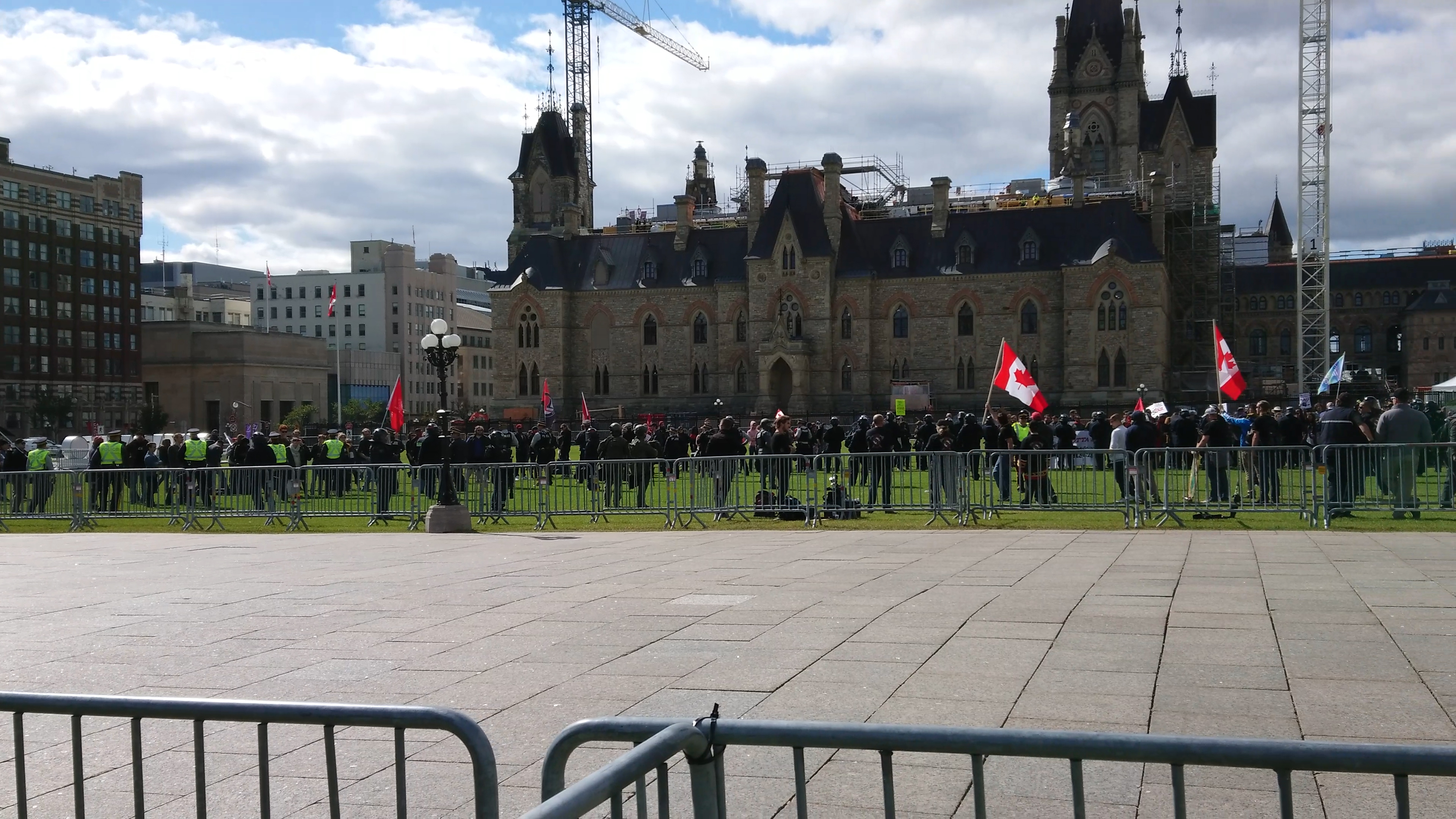 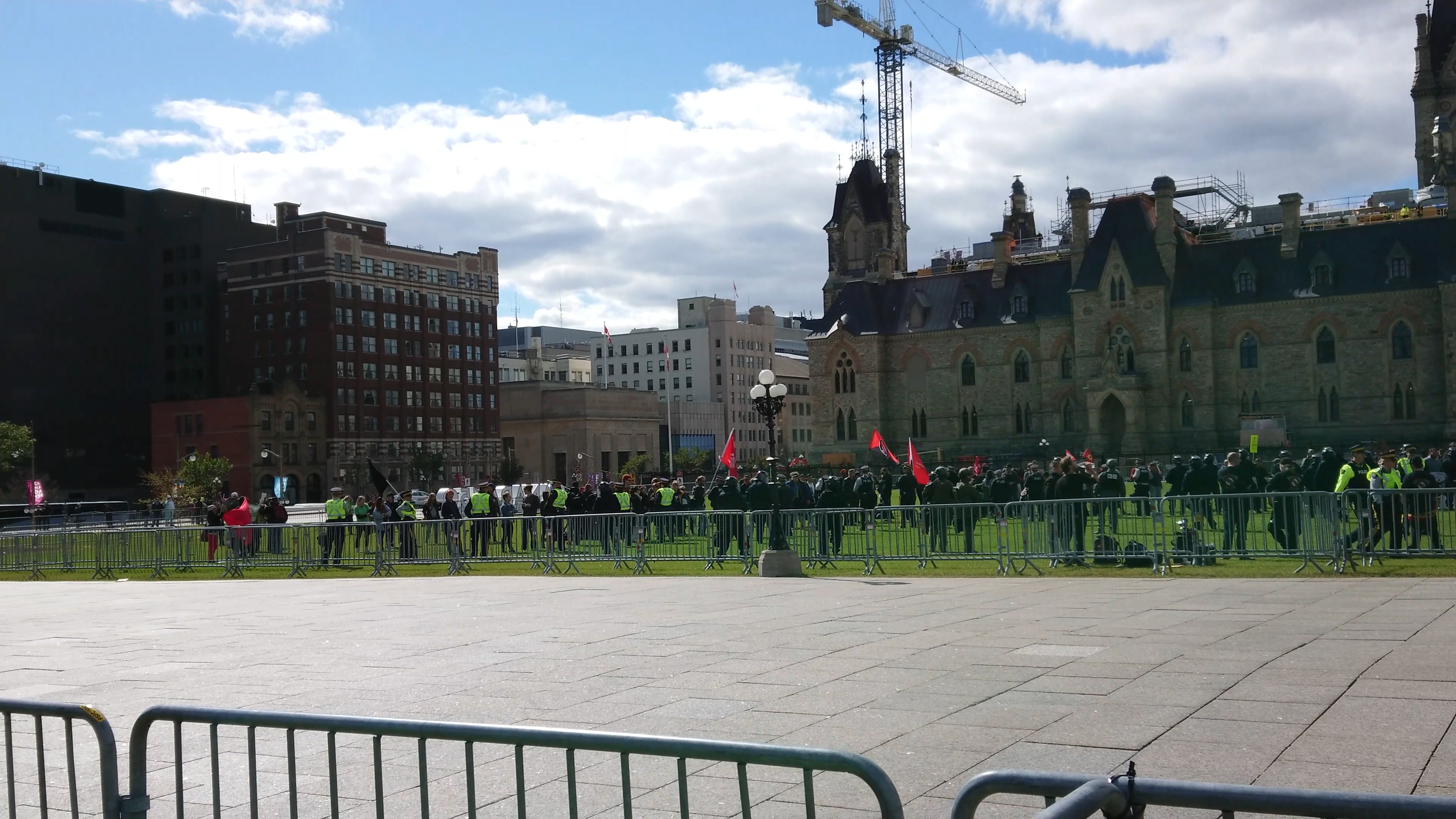 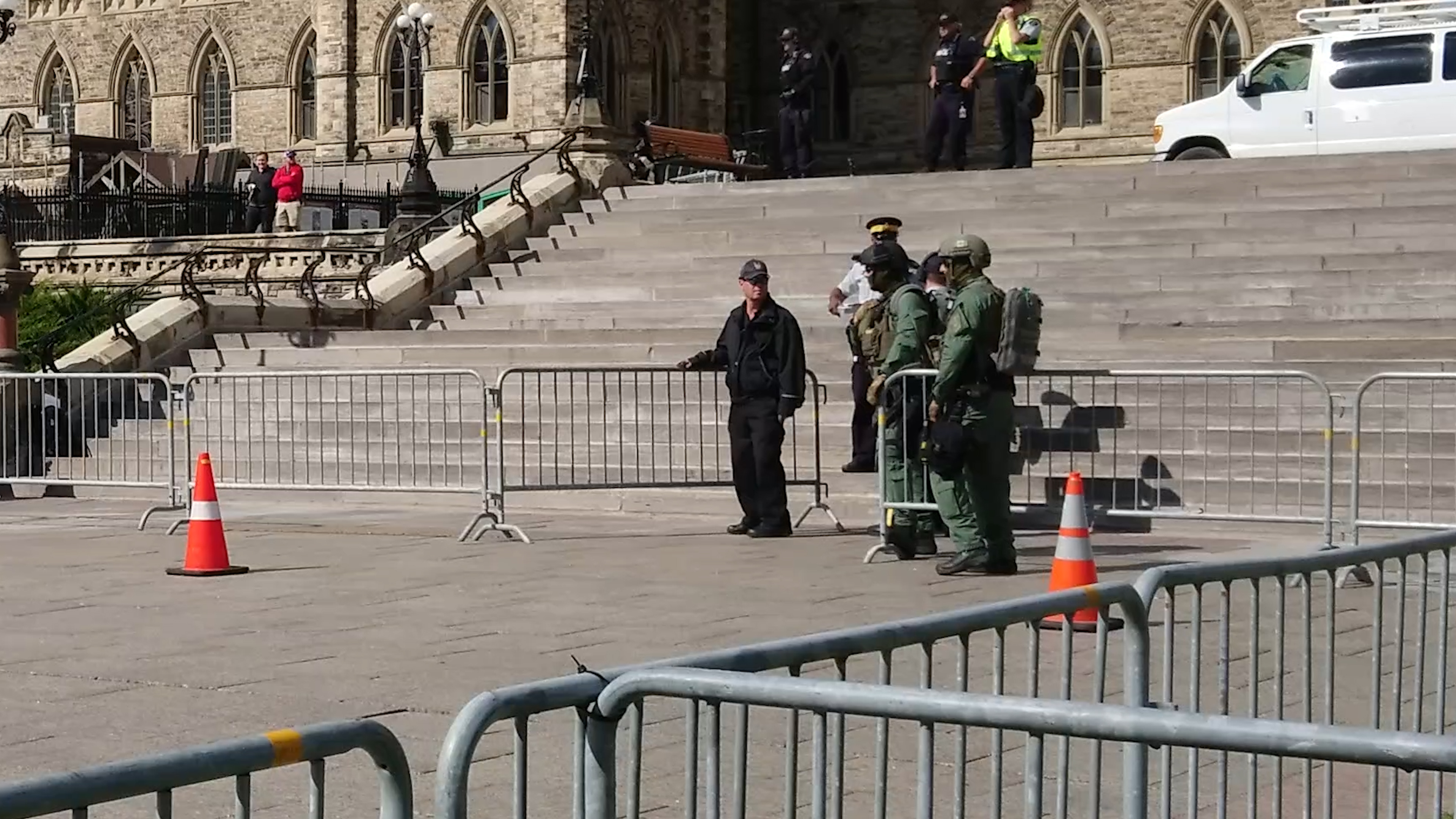 This is a brief interview with one of the Proud Boys, who worked hard at keeping the peace at a demonstration of classical liberals, mostly middle aged working Canadians, who are concerned about Trudeau’s M103 becoming legislation that will criminalize criticism of Islam specifically in Canada.

At this point it bears mentioning that the entire point of codifying free speech in Canadian, and other Western nation’s legal systems was to guarantee the right of citizens to criticize and otherwise keep in check, political and religious authority.

There will be much more material on this coming up over the next few days.

Antifa apparently attacked a 10 year old child who was holding a Canadian flag, and most certainly did attack one of the protesters several blocks away from the demo quite some time after it was over. More on that tomorrow. 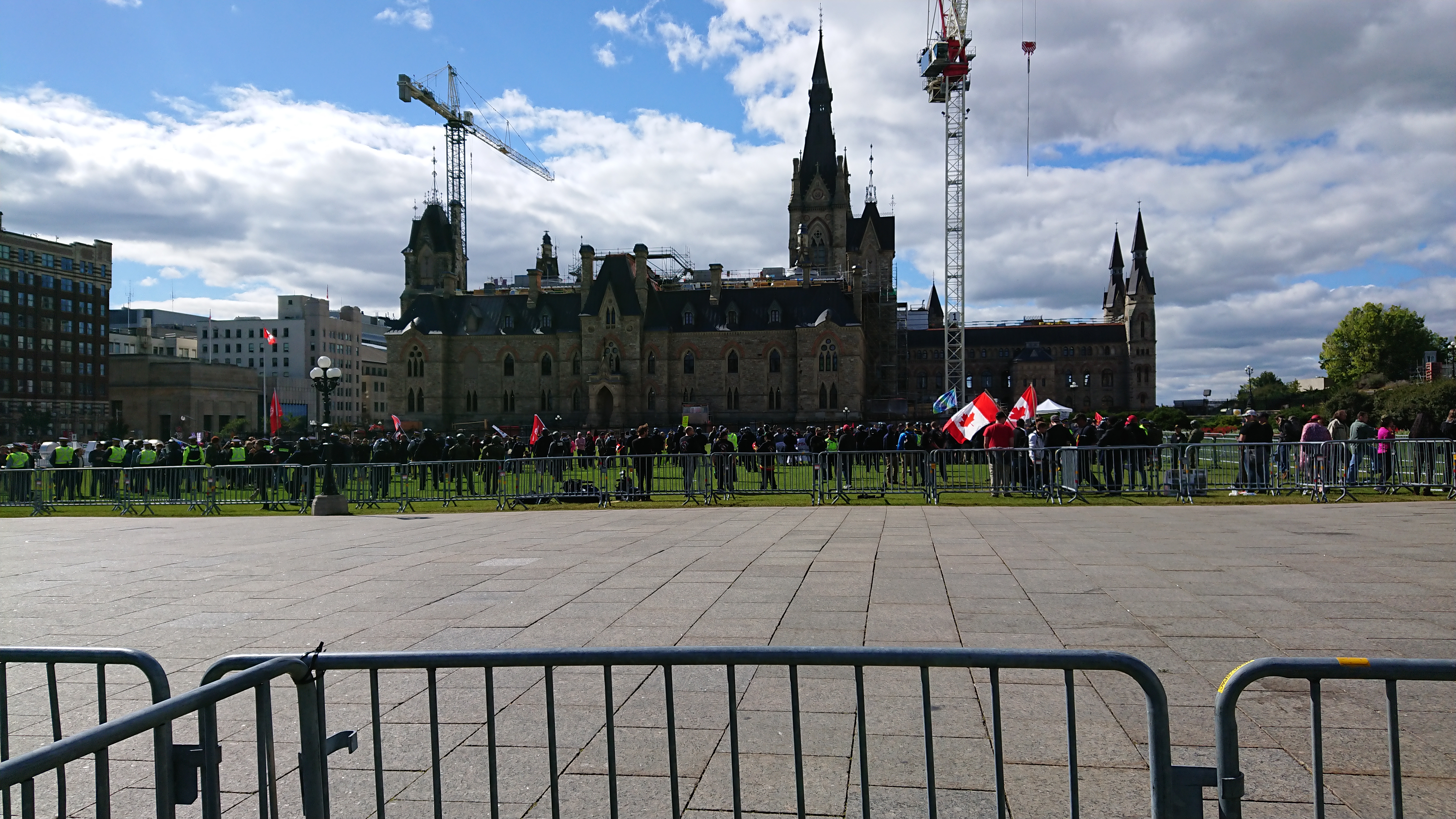 Left side, AANTIFA, police in centre, classical liberals on right

For anyone uncertain of the nature of M103, please see this presentation by Canadian war veteran, Russ Cooper shot on September 28, 2017.

Far be it to augment Robert Spencer but I really feel this needs saying in this context.

One has an obligation to criticize religious authority because whenever this is not allowed, it will become totalitarian political authority and it always does and not just Islam, but especially islam.