Daniel Bordman is a political commentator being sued by Erin O’Toole’s Campaign Chair, Walied Soliman, for $2.5 million for talking about their connections to Islamic Relief Worldwide, which Israel and the UAE say has ties to Hamas.

Here is the video he is being sued for:

For raising the issue of tax dollars going to extremist organizations, Mr. Bordman has been slapped with thousands of dollars in legal fees to force him to be quiet during this election cycle.

Watch him describe his current predicament:

(Scary evidence that the “Conservative” Party of Canada is actually communist, at least by their tactics. Using the law to punish all uninvolved associates of this man, in order to punish him is classic communist tactics we see all around us now. Cancel culture. Not a function of truth, or healthy discourse, but the most brutal possible punishment using extra-legal means and even using the law as a weapon, much as we see the left now use publishing as a weapon under the rubric of “news”.)

If you want to help out and fight to protect free speech in Canada you can help Daniel pay his legal fees by donating here:

(Erin O’Toole is running for leadership of the Conservative Party of Canada. There are many people who are making the claim that the CPC has multiple ties to the Muslim Brotherhood, not the least of which are by Prof. Salim Mansur)

Thank you Val P. for bringing this to our attention.

NEW:
Report: The Trump administration is considering designating the Muslim Brotherhood as a terrorist group. Tune in to @OANN

Here is a related video from Africa News 2 years ago. This would be a giant step towards victory should he follow through, and should the machinery of the deep state be retuned to make it happen.

In the process of moving videos past and present to our new bit.tube channel, the odd one is sufficiently important that they are worth reposting here. This is one of a series of five videos done by an Israeli journalist on the extent to which Ikhwan, the Muslim Brotherhood, has infiltrated and subverted Western nations and systems to its will.

This is the second part of the 2 part series on islamic dominance in the USA.

It is part of the overall series by Israeli TV 10 on the Muslim Brotherhood in the West and so far we have translated part 1 of the USA and part 1 of Islamic control in France.

This one is especially disturbing however.

Very many thanks to our hard working and meticulous translator from Hebrew to English for the hard and time consuming work on these.

There are two parts of this video that I feel deserve pointing out in terms of critical omissions. The first is the black cleric who falsely claims that the Bible is racist while the Koran is not. In fact, the koran is much clearer and more direct about Black Africans utility as slaves. Mohammad was a slave trader and also felt that the devil was a black man and there is much more in the Koran about the inherent badness of being a black person, and also the koran and some hadiths, make out that Mohammad was unusually white, which added to his divinity.

So all in all, the Koran is far more racist than the Bible and Im pretty confident that cleric knew it.

Secondly, and more importantly. near the end the Israeli is discussing the Hudud, or sharia corporal punishments and the muslim gets away with a long anticipated logical fallacy. He makes the claim that electrocution and lethal injection and so on are more cruel than beheading.

This may or may not be true, but it commits three critical lies by omission.

The first is that beheading is only one form of hudud. Stoning to death, amputations, crucifixions etc. are certainly more cruel than Western corporal punishments.

Second is that the nature of the crime for which you receive these punishments are wildly different. Essentially, in Islam, anything you are accused of doing that inhibits the growth of the authority of Islam will get you the hudud. In the West, what we consider a crime is based on reason and the sanctity of the individual and his property rights. There has to be a victim generally speaking. And you have to have done that person wrong. With Islam, the victim is Islam itself or the perception of Islam. So blasphemy is a capital offence. In reasoned Western law, the very idea is ludicrous.

And thirdly, the method of determining guilt is vastly different. In Islam a person is guilty in essence for not being a muslim. So if you are accused of say, drinking from a well to be used only by muslims and thereby spreading your “najis”, as in the case of that young Christian girl in jail in Pakistan, you could be executed without any proof other than the say so of a muslim, who may, and even likely, has an ulterior and selfish motive. Such as they want something from you and you wont give it.

In the case of Asia Bibi, my guess would be sex.

In the West, we have to prove, using science and reason, beyond a reasonable doubt, that the accused actually did whatever it is they are accused of. And the cornerstone of our system is, “let 10 guilty men go free before punishing one innocent”. (This is an excellent method, except when confusing a military act with a criminal one. Then its a recipe for failure)

While this is a documentary exposing the Muslim Brotherhood and the Soft Jihad in the USA and it is not a platform for arguing with its thinking, I did feel that the narrator could have addressed these two items at the end in a voice over. In any case, this is a profoundly important documentary and I hope you will all watch it and send it out to all you know.

Thank you for reading.

About 13,000 of you have seen the full segment on the Israeli documentary on the Muslim Brotherhood in France by now. Thanks to Bill Warner and others, it came to a lot of people’s attention. But so far not that many have seen the segment on the same organization’s control of the USA in some parts. You can see the first episode here, and below, a sneak preview of the sequel, Muslim Brotherhood in America part II.

Related: Part 1 of 2 of the same series on Muslim Brotherhood in the USA 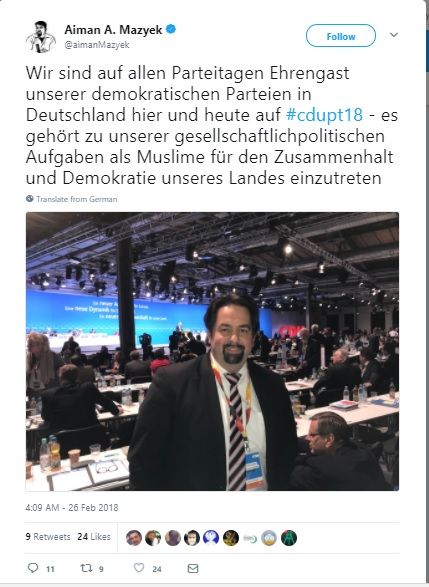 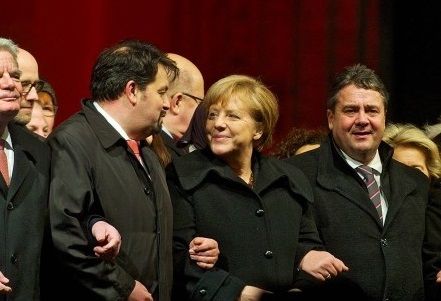 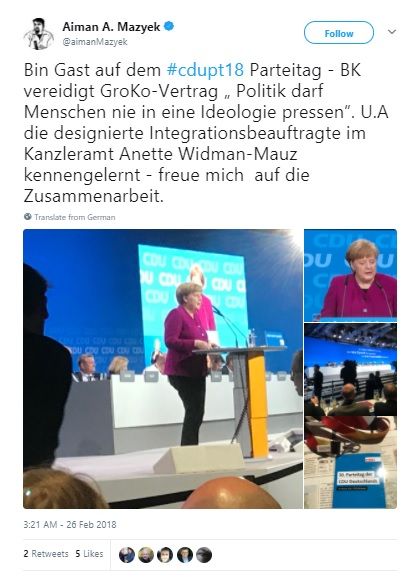 This is part I of a II part interview. The second part should be available in the next few hours short of a “Truck attack” or a coup.

This is an original translation by Oz-Rita

I had suspected this organization of being infiltrated for a long time. But it’s worse than I thought: the French secret services connected to the Muslim Brotherhood! In addition, supreme perversity, they use this prestigious NGO to serve as a screen for the dirty work of the French state, using hospitals as a shield in the style of the “Islamic State”! Nauseating!

Bashar Jaafari’s accusations against Doctors Without Borders (Médecins sans Frontières = MSF) do not surprise us. Members of MSF have played the same role as spies in Syria that Médecins du Monde have played in Gaza. We have exposed MSF’s commitment to the side of the armed groups since the beginning of the crisis in Syria, (*).

Its members have entered Syria illegally, guided by secret agents linked to the Muslim Brotherhood, in supposedly “liberated” areas, where mercenaries, funded originally by Qatar, were established to attack the Syrian state, its infrastructure, its people. They were the source of false propaganda campaigns from the armed groups. [Silvia Cattori]

Damascus accused the members of the NGO Doctors Without Borders deployed in Syria to work on behalf of French intelligence.

Employees of the MSF hospital destroyed by a missile in northern Damascus on Monday were working for the French intelligence services, the Syrian ambassador to the United Nations Bashar Jaafari said.

“The so-called hospital was installed by the French network called Doctors Without Borders which is a subsidiary of French intelligence on Syrian territory, without consultations with the Syrian Government “, M.Jaafari told reporters. According to the diplomat, the hospital staff were operating without permission from Damascus.

“They assume all the consequences of this act because they did not consult the Syrian government,” he stressed.

Previously, MSF reported the destruction of the hospital located in the Syrian province of Idleb. According to the organization’s data, at least seven people, including five patients, a doctor and a guard were among the victims of the attack.

The Syrian ambassador to Moscow Riad Haddad has subsequently accused the US air force of destroying the MSF hospital. The Turkish Prime Minister Ahmet Davutoglu for his part said that a Russian missile had struck the installation

Here is a version with closed captions

Who’s who on committee

CFSP on this event