Here is the story on the law suit by the mosque.

Rumour has it that Germany denied Erdogan asylum and his jet is looking for somewhere else to land.

Vlad tipster PP. said that “Erdogan may be the only Turkish refugee that Germany won’t take” The Turkish military has announced it has taken control and overthrown the government of Recep Erdogan as troops round up police and attack the capital Ankara.

Eyewitnesses have reported attack helicopters firing machine guns in the capital Ankara in a bid to depose the Islamic government.

The military said they have taken control in order to protect human rights, however, prime minister Binali Yildirim said only a ‘faction’ was involved.

Fast attack jets and helicopters were heard above Ankara and Istanbul after the military confirmed they had seized control of the country,.

Istanbul’s Bosphorus Bridge and Fatih Sultan Mehmet Bridge were both closed after the military deployed roadblocks.

Tracer fire from Turkish military helicopters was spotted over Ankara.

Q: Why did the chicken cross the road?

A: I dunno but it started a riot in Pakistan.

In yesterdays riot, students who dressed up to celebrate Valentines day, and other kids who dressed up quite a bit more for the islamic, ‘modesty day’ couldn’t be content with just expressing their different point of view. In Islamic states, diversity pretty much always leads to death.

Thanks M for finding these videos:

High tensions led to fifteen people being injured in the Pakistani city of Peshawar Friday, as two rival student groups clashed over Valentine’s Day celebrations. Violence erupted at the University of Peshawar when dozens of students rallied in favour of the romantic holiday, in opposition to a rally that was taking place at the same location where conservative students had gathered to promote a “Modesty Day” instead.

How do you say, ‘savages’ in Pashtun?

First I would like to thank a lot of people who have put a lot of time into this project.

The people who compiled this video in the first place. C.B. Sashenka who worked on the translation as did Susan Victoria who hipped me to it and SIMONXML among others. Finally it was Oz-Rita who actually got it done. Thank you all. I know I can be a pest when there is a project that I feel really needs to be done in the public interest.

This video has significant people speaking (more on who later but some of these women are very brave and facing great adversity from culture enrichers) as well as the content. This is a video of a press conference on the witness intimidation many women are being subjected to, if they are muslim and in favor of the secularism charter of values being debated in Quebec at this time. 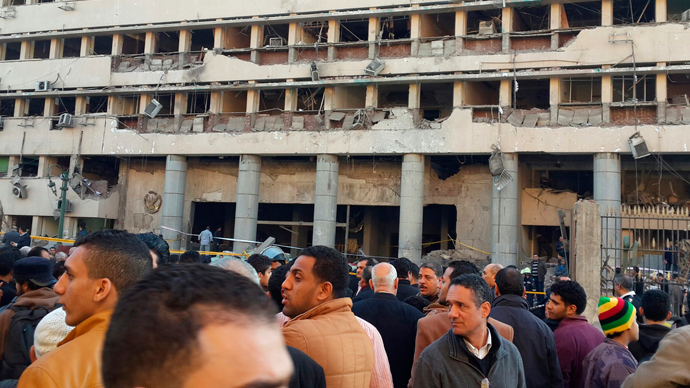 In Quebec now, the potential new charter asking for no public displays of religiosity is under hot debate in the Quebec legislature. Last night I posted one video with a link to a CBC article already and today I expect to post at least two more.

Below, is a rather blunt and almost illegally honest and direct opinion (by modern Marxist standards of course) of one man about the effects of Islam on Quebec.

They are uneducated people, simple people from the rural areas. They have been mocked so much, but somehow their unsophisticated views are slowly turning the public’s shame into appreciation for their testimony.

One phrase stands out: They went to Morocco for a visit and visited a mosque.  They had to take off their shoes.  They had never heard of this before but they did it.  And then, they made them go down on hands and knees on a carpet !!!

Somehow, here in Québec, we are now doing the same thing, meaning going down on hands and knees for them…

They also spoke of a situation in the bazaar where they were hit on the right side and then, the left side, by people entirely covered in black… couldn’t tell what or who they were.

By the way, support for the Charter is increasing, up to 60% now.  Should elections be held today, the P.Q. government would win with a majority !!!  All because of the Charter.

Incredible the number of muslims testifying in favor of the Charter.  It’s making the no-Charter people think twice.

A number of people need to be mentioned for their help on these videos.

Six people were killed on Friday in clashes between police and supporters of the Muslim Brotherhood across Egypt, an Egyptian health ministry statement said on Friday.

Three protesters were killed in Cairo’s Nasr City district, two were shot dead in the Suez Canal city of Ismailia, and one person was killed in Alexandria, the statement said.

The Brotherhood-led National Coalition to Support Legitimacy,  which called for Friday’s protests, released a statement on Friday evening claiming that 19 protesters were killed by police.

A bunch of Ikhwan supporters using their new tactic of pretending to be the victim and the four finger campaign. Of course, fold down 3 of the fingers and you get most of our responses.

According to a statement issued by the interior ministry, the slain were killed in Cairo, Upper Egypt’s Menya and Damietta in the Nile Delta.

The violence took place less than 48 hours after the cabinet declared the Muslim Brotherhood a terrorist group.

Just heard this on CFRA. Let’s hope Canada and the US follow suit. This might prevent us from needing the Hayekian ‘strong man’ soution typically required when things get as bad as they clearly are going to get.

Egypt’s security authorities has launched a sweep of arrests of Muslim Brotherhood members and warned that holding a leadership post in the group could now be grounds for the death penalty after it was officially declared a terrorist organisation, stepping up the government’s confrontation with its top political nemesis.

The announcement came as a bomb exploded in a busy intersection in Cairo Thursday morning (local time), hitting a bus and wounding five people. Though small, the blast raised fears that a campaign of violence by Islamic militants that for months has targeted police and the military could turn to civilians in retaliation for the stepped up crackdown.

For those who have a little extra time over the holidays, check out this debate between a world renowned theoretical physicist/cosmologist and some trite little tard who juggles various sophistries and simple rhetorical tricks to try and placate his mostly religious islamic audience for even allowing this kufar in the room.

I must say though, at least his arguments did not end with, “Believe this or we kill your family”. Yet.

For those who would like to skip the opening argument by the sophist, go to the 30 minute mark to hear the cosmologist rip him, and islam, a quantum black hole.

Students pelted stones and bottles at those opposed against them, leaving dozens injured. The protesters also lit a fire at the university’s dormitory gates, reportedly to lessen the effects of tear gas fired at the students earlier in the protest by police.