Watch a video of the Sheriff in Polk County, Florida advising rioters to NOT go into the suburbs because he’s advising the residents there to use their guns! pic.twitter.com/170chzAino

I am told this is not new, but the tweet I have above was dated yesterday)

The following video by Salty Cracker is quite good. While watching it at around 4 minutes, 7 seconds, it looks an awful like this guy FIRES his gun towards the car before they driver suddenly starts ramming the peaceful protestors. Being shot at might tend to affect a drivers decision making process on accelerating braking and turning. 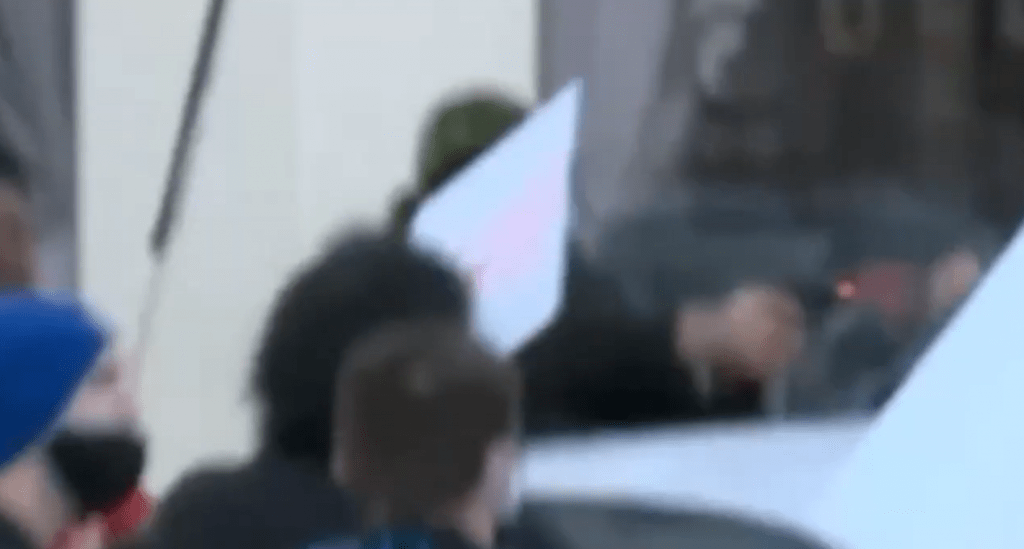 There is a lot on this. Keep an eye on the Reader’s Links for June 13, and 14 to find a lot of news on this. Meanwhile:

(The actual story is at the link above. As is usually the case for BLM riots, they incite where in fact the shooting of the perpetrator was justified and often unavoidable.)

We are working on restoring the full meeting with Mayor Lightfoot. Not sure yet if we can, but if its possible it should be back up by this afternoon sometime.

Here’s one tiny part of the audio of the Chicago City Council (the whole 50-minute tape was erased by media cowards). Listen quick before Twitter wipes it. “I’ve got gangbangers walking around with AK-47s right now…” #Democrats https://t.co/YyYGcWIjbM

Retired CIA Chief of Station, Brad Johnson speaks to what is likely behind the mass riots across the USA.

This video was recorded on May 31st but technical and temporal problems delayed its publication till now.

Some of the news is so disturbing it seemed only right to get up and post it.

The insurrection seems to be undeniable and well on its way. Hoping it will burn itself out does not seem like a good strategy at this point.

And now its pure anarchy

This woman’s sister was shot and killed by a protestor in Davenport, Iowa. The pain coming from her voice in this video is just heartbreaking. pic.twitter.com/4RvYen9DNA

I think this is the sister who was killed.

A 22-year-old Iowa woman was killed in an apparently random shooting while leaving a George Floyd protest in Davenport — one of two fatal shootings reported overnight during demonstrations in the city.

Italia Marie Kelly was leaving the protest with a friend around midnight Sunday when she was struck from the back by a bullet and collapsed near a local Walmart, according to her aunt.

Police said she was pronounced dead at a local hospital.

“She was always smiling, always laughing,” aunt Amy Hale said. “That’s why it’s so sad that she was taken in such a violent way.”

“That is not Italia,” she said. “She was the bright, bubbly big personality in the room.”

???
"Just happened: a protest in a car run over a group of cops in Buffalo NY…Some of them might be dead " — https://t.co/hVrWCHf0Hl

"A trooper and an officer were hit by a car that blew through a line of officers at the protest on Bailey Avenue according to PBA President John Evans. They were taken to ECMC. — https://t.co/8HEyKGovCy pic.twitter.com/HItdtogGgw

Store owner pulls up near his store, sees would-be looters, and fires shotgun at them.pic.twitter.com/blVVrMiCFU

1. Best way to protest what might or might not be a racist motive for black man who died in custody, is stealing really expensive guitars.

2. Skateboard is the weapon of choice for ANTIFA. If you see a skinny psychotic looking white male all in black carrying a skateboard you know what to expect.

3. Interesting footage of the Montreal proto-riot

4. 3:24 long shows how fireworks can potentially turn a protest into a riot quite quickly.

5. Some major league ANTIFA riot action in Montreal. Notice the 1, 2 step here. One guy smashes the windows at the Bell Building and the second guy tries to insert a flare into the broken window to start a fire.