Not being a scientist or a doctor, you can all feel free to hold the following guess in contempt. But this is a blog, so guess I will.

First of all, I have zero doubt this doctor is describing her experience accurately. But I also think her interpretation of what she saw, like everyone else who has seen this, is off.

A couple of things to know about these blue cheap disposable masks.

They have incorporated a new meta-material in them which is alleged to have anti-viral properties. By meta-material, I mean something which is not exactly natural, and has properties which are counter-intuitive but can be wildly useful. In this case, a molecule thin layer of carbon called Graphene. The easiest way to think of Graphene is to imagine wiping the side of a graphite pencil tip on paper to colour in a square, then apply another paper to that and pull it off and keep doing that till all the papers have only a 1 molecule thick layer left on it. This layer has all kinds of wild properties that a couple of decades ago, all the science journals were predicting it would be the next cotton, or killer bees. But it does apparently have anti-viral properties and it is in the damn masks. And as a result, the government of Canada has actually banned the blue masks and recalled them all, because the graphene does actually cause respiratory problems. So you go from a minuscule chance of it preventing Covid, to a near guarantee of getting Graphene related respiratory illness if you wear it enough.

Now it seems intuitively likely, that a single layer of a molecule thick layer of carbon, which has the highest ability to bond with other elements, (the second being silicone if memory serves) could easily in a fabric, roll up into little thin worm-like things, and that minuscule amounts of moisture or static electricity, or some other stimulus would cause it to move. Again, Graphene is a meta-material which has attributes that are not typical of natural materials.

So yes, don’t wear these damn masks. Graphene could be a carcinogen for all we know, which is extremely little because we have never asked the masses to wrap graphene around their faces all day before. But I don’t think as of yet, its more sinister than that. But yeah, this is sinister enough.

One of the points I was grateful to hear, was an explanation of the action of the various injections. Two of them we know are mRNA gene therapy devices. But two of them are actually double strand DNA injections. This is a very interesting lecture and the science is solid enough and well enough explained, that anyone should be able to fact-check the claims, look it up or ask unbiased expert (if there are any left) on any of his points.

There are a lot of lectures by this Doctor. We will post them once at least partially watched as soon as able. For those who wish to dive in to his work, the link to the channel is here.

This is Dr. Bostom’s appearance from the April 1 edition of In the Dugout. There is a lot of worthy content in this interview. For example, PCR tests are giving a LOT of false positives because of normal Corona colds common in Early spring. It is quite interesting.

I haven’t seen it all yet, but the highly qualified Doctor’s first slide is a quote from Thomas Jefferson that I like so much I had a coffee mug and a T shirt made with it.

Please open this link in Google Chrome, which does a good job of translating this from the original german and settle back for a read. This is an article from Prof. Dr. Winfried Stöcker.

Dr. Stoker, who appears to be a bona fide maker of vaccines, details how previous vaccines work, and how one made via recombinant DNA which has been used for decades against Hep B and more, could have been easily and cheaply made for Covid 19 and one facility could easily make a million doses a day with no serious allergens like polyethylene Glycol, which is causing a lot of side effects and allergic reactions in a large number of recipients of the new mRNA therapy. 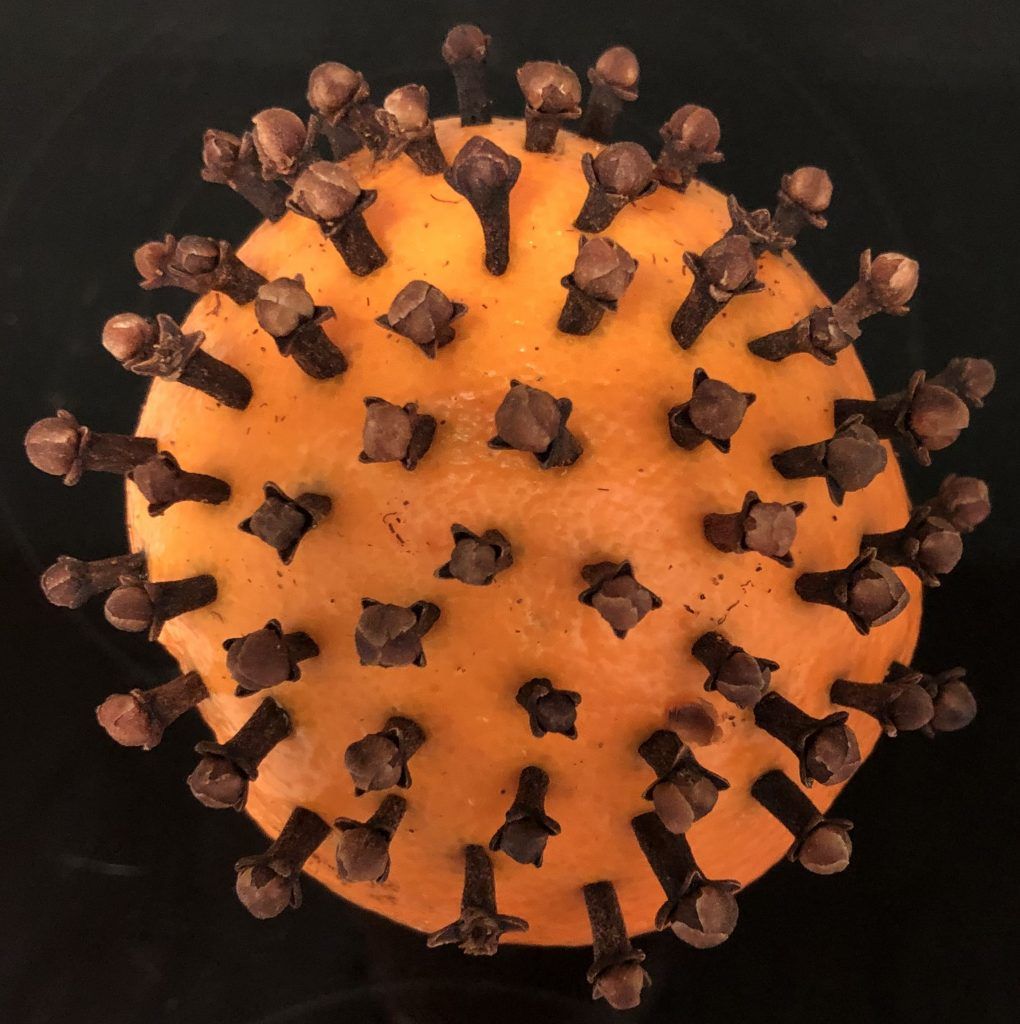 On a related note, readers of this site will note how Hydroxychloroquine as well as Ivermectin are considerably more difficult to get now than heroin or cocaine, at least for the treatment of the Wuhan Flu.

The thing about HCQ is, that its useless to treat Covid unless it is taken with a therapeutic dose of Zinc sulphate. The good news is, that an inexpensive over the counter substitute for Hydroxychloroquine is now available even at Costco, and that is Quercetin. It has a lot of contraindications however, meaning HCQ might be safer than this over the counter substance, but it is out there.

The bad news is that both HCQ and Quercetin are what are called, “Zinc ionophores” meaning that they allow zinc sulphate to enter the cell and the zinc is actually what stops the virus from reproducing and stops the disease and transmissibility of Kung Flu in days.

So now we can substitute the prescription, (although very safe and previously widely prescribed medication for many things such as but not limited to, some forms of arthritis, and malaria prevention, for the possibly more dangerous (depending on what other medications you take) quercetin, but the common supplement Zinc Sulphate, other than for moss proofing rooftops, cannot be found. And the roof grade may not be a good idea to swallow.

What does all this add up to?

Either incompetence on a global scale that killed hundreds of thousands of people that could have been saved, or a malicious use of a crisis in order to implement changes and take away rights and freedoms by governments that have a great deal of certainty that they know what is best for them, and that none of us matter at all.

The Corbett Report is always interesting

In an age of Winston Smith, its very important to remember events as they actually happened

Would be a shame if this video of leftists destroying DC during Trump’s 2017 inauguration went viral pic.twitter.com/5neEoZcGLG

1. Danish study shows that masks do not do what we are forced to believe they do

Do masks protect against Chinese coronavirus and reduce its spread — or are they, as their critics maintain, mere empty gesture politics?

A major study which might finally have answered this question has been postponed indefinitely after three of the world’s top three medical journals mysteriously declined to publish it.

The researchers behind a large and unique Danish study on the effect of wearing a mask are having great difficulty in getting their research results published. One of the participating professors in the study admits that the still secret research result could be perceived as ‘controversial’.

For weeks, the media and researchers around the world have been waiting with increasing impatience for the publication of a large Danish study on the effect – or lack thereof – of wearing a mask in a public space during the corona pandemic.

Now one of the researchers who has been involved in the study has said that the finished research result has been rejected by at least three of the world’s leading medical journals.

These include the Lancet, the New England Journal of Medicine and the American Medical Association’s journal JAMA.

“They all said no,” says the Chief Physician in the Research Department at North Zealand Hospital, Professor Christian Torp-Pedersen.

However, the Professor does not wish to disclose the journals’ reasoning.

Let us all remember that the New England Journal of Medicine AND The Lancet knowingly published fake ‘studies’ on the efficacy of Hydroxychloroquine for the purpose of discrediting that treatment, not to inform the public. The studies were so badly faked that enough scientists screamed loudly forcing retractions. But no policy changes came making the treatment available. The fact that these journals did not accept these studies at this stage makes it reasonable to think that the Danish study is well done, but contradicts the narrative, or more accurately, the “consensus” (political position taken by a small group to be imposed on a large group which usually imposes a pseudo reality at the expense of actual reality) and therefore must not be stamped with the rapidly diminishing credibility of these once great publications. Hopefully like their fellow Danish scientists who discovered through rigorous application of the scientific method that the Earth’s climate is driven by the sun, and that CO2 levels FOLLOW temperature changes and not the other way around, these Danes will also go straight to the public with a film.

To prove a point, the German Government in a fully Orwellian way, is now sending the police forth in the streets of Frankfurt to announce that masks are mandatory for all OUTSIDE now. Which adds a lot of weight to the theory directly above:

“To all pedestrians on Schweizer Strasse,
Due to the increasing corona numbers, the city of Frankfurt has decided in a general decree that in every shopping street as well as (every?) Schweizer street, mouth and nose covers are to be worn on the street to protect everyone at all times. Put on a mouth and nose cover, otherwise you may be fined.”

So there you have it. Germany is making mask wearing mandatory OUTSIDE on the basis of ‘cases’ almost certainly from increased testing and not serious illness, even as evidence mounts that masks may not do what we are told they do.

Meanwhile, as Christmas Markets in Germany likely fold, some effort is being made to make masks more festive at the expense of, well an actual festival. What we need are masks that say, “This is s token of communist control”

Could any medical or science people please weigh in? Readers of this site might remember that this was one of the very first detractors from the narrative on the Wuhan Flu and we posted his early videos here. Oz-Rita who sent in the video below, tells us that this particular video gets removed from Youtube within hours of an upload.

Please read the story over at RAIR Foundation.com