They want to start from Year 0… where has this been seen before?

When was Big Ben built?

The Palace of Westminster was destroyed by fire in 1834. In 1844, it was decided the new buildings for the Houses of Parliament should include a tower and a clock.

A massive bell was required and the first attempt (made by John Warner & Sons at Stockton-on-Tees) cracked irreparably. The metal was melted down and the bell recast in Whitechapel in 1858.

Big Ben first rang across Westminster on 31 May 1859. A short time later, in September 1859, Big Ben cracked. A lighter hammer was fitted and the bell rotated to present an undamaged section to the hammer. This is the bell as we hear it today.

Diana West is a proper expert on the history of Communism. Especially Soviet and American.

Please read her thread on Twitter and spread it. People need to understand how Netflix distorted history for a narrative.

Only half way thru "Mr. Jones" so only one thumb down so far. It's very dark, literally (bring flashlight) and I am still finding my way through its weird distortions that have nothing to do with storytelling. Watch this space. pic.twitter.com/V3mKTtZGDS

Last night I had the chance to watch the docu-drama, Mr. Jones.

While on the one hand, it is refreshing to see any pop culture reference to the Holomodor, something which pretty much no one knows about thanks in no small part to the subject of Mr. Jones, a certain historical class monster, Walter Durante, it is highly disturbing that at no point do they say why it happened. 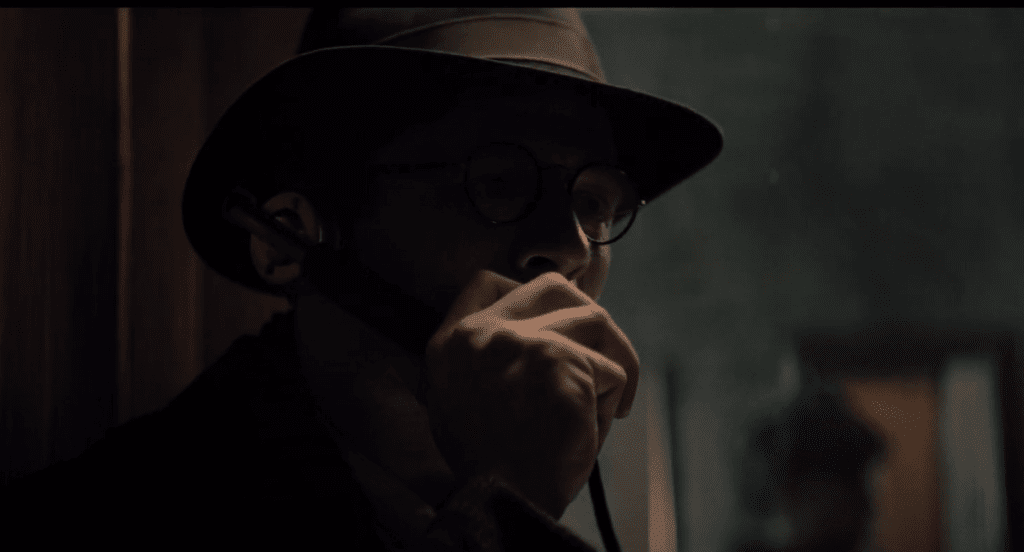 The only other attempt to explain it is the excellent film, The Soviet Story. Something which should really be a mandatory part of all high school curricula.

In fact, as I write this, I am having a txt chat with a friend who also watched the film. And as I type here, he asked the question:

“I wonder what the conditions were for the massive starvation. It wasn’t bad crops”.

The fact that within hours of watching this movie a question like that would appear shows the failure of the movie and perhaps more sinisterly, the real agenda.

Netflix is notoriously leftist. On the board is Barack and Michelle Obama as well as Susan Rice. So it was a shock to hear they made a film about Durante at all. But it gets clearer after you watch it.

The Ukrainian genocide, you would think from the film, was not the fault of communism. No of course not. It was the fault of a hedonistic, corrupt, megalomaniac, sex fiend, white-male, American who worked for the New York Times and perhaps Stalin who was not doing things right. ‘Imperfect’ let’s say.

What they do not tell you, is that it is Communism that did this Genocide.

That Stalin was a good communist in the way that Mohammad was a good Muslim and Dr. Mengele was a good Nazi. They were all excellent representations of the ideology they believed in and acted on.

Politics is downstream from philosophy, and Stalin knew exactly the politics of Marx.

The film even went so far as to credit a famous saying by Stalin, “To make an omelette you have to break a few eggs”  to Durante. Which shows how anxious it was to foist this historical class crime on an American opportunist. Next project for Netflix, they will make a drama about how the tens of millions of deaths in China under Mao are the fault of Norman Bethune.

The Holodomor was about killing millions of people in the Ukraine for the exact same reason that Mao killed tens of millions of Chinese farmers. Because Communist ‘science’ required it. Which is never mentioned in the movie at all.

In fact there was no communist or Soviet iconography in the film, which was in fact as ubiquitous as Nazi icons were in Nazi Germany. (Early Nazi art was actually taken from Soviet art as we learn in The Soviet Story. A more real attempt to educate rather than deflect.)

Crowley of course, was famous for claiming to be The Antichrist, and although British, worked to undermine the allied war effort against the Nazis. Another Socialist government which is also whitewashed pretty much by everyone within a thousand miles of Hollywood.

Seeing as how both Marx and Alinsky dedicated their most important work to Satan, it seems like no coincidence that Durante would be a close friend of Crowley’s. Even to the point of cordially marrying Crowley’s mistress.

The film does do an interesting treatment of George Orwell, painting him as a sympathetic leftist desperate to believe that communism was working and a good thing in the Soviet Union, and even willing to justify the deaths of millions of Ukrainians as needed for the greater good. Of the survivors one presumes. All during this film, they cut to Orwell writing Animal Farm. But if even Wikipedia says that although a self proclaimed atheist and provocateur, he was a regular attendee of Church of England and a lover of Traditional British values, then I have to go with that.

As I watched there was one thing that did come to mind quite often though. It was that amazing quote by Goebbels that we post often on this site:

You certainly see that in action by Stalin and the Soviet Union all through this movie. But they do not credit the underlying philosophy to communism or fascism where it belongs.

At the end of the day, Mr. Jones is more a product of one of Orwell’s characters than it is of George Orwell himself, which the movie seems to imply at the beginning. Specifically Winston Smith, as the film clips facts that the party does not want known from history and burns them, and replaces them with the things you are to believe today as surely as 2+2=5.

Wow. Parks Canada, under the direction of the Trudeau gov't, is so far refusing to return a statue of Canada's founder, Samuel de Champlain, to the city (Orillia) from which it was taken.

This is getting insane. STOP ERASING CANADA'S HISTORY!!!https://t.co/lCBz4d1WqA

(There is some material that could be interpreted as antisemitic. But many many Jewish organizations are in fact communist ones, using Judaism in the name as a weapon and a shield to push a Communist agenda. To point at them is not antisemitic as we see in this extraordinarily important Israeli TV clip we posted here last week)

One of the things that Islam and communism have in common, is an attempt to erase the past to enforce a guided and synthetic future. George Orwell described how the communists do it with the brilliant distillation:

But the Muslims have a near identical aspect to its modus. “Jahiliyyah”, or, “Time of ignorance” in Islam means all culture, beliefs and so on before Islam becomes the dominant force in a society.

Lets have a look at the communist version of how this is sold to the public today:

As we see in the clip below, even Israel is discussing not letting communist ie ‘progressive’ Jews in to the country. Which is a really, really good idea.

TEL AVIV – Turkish President Recep Tayyip Erdogan on Saturday called on Prime Minister Benjamin Netanyahu to “twist the ear” of his son Yair to punish him for calling Istanbul by its former name of Constantinople.

“You should twist the ear of your son for calling Istanbul Constantinople,” Israel’s Kan broadcaster quoted Erdogan as saying.

“I have ways of disciplining Israel if Netanyahu’s son continues to use shameful nicknames, things like Islambol,” the Turkish strongman added.

The Turkish leader and the elder Netanyahu had been exchanging barbs over Twitter before the younger Netanyahu joined the fray.

“I will remind him that Istanbul is actually a city called Constantinople! The capital of the Byzantine empire and center of orthodox Christianity for more then [sic] a thousand years before Turkish occupation!” Yair Netanyahu tweeted.

And I will remind him that Istanbul is actually a city called Constantinople! The capital of the Byzantine empire and center of orthodox Christianity for more then a thousand years before Turkish occupation! https://t.co/LIpPx8xqYX

Academic paper on evolution flushed down the memory hole.

To understand the enormity of the importance of this article, I once again refer to the (probably soon to be illegal) excellent documentary, Dogs Decoded. Pay special attention to how the Soviet Union treated actual science, especially evolutionary biology, that contradicted Marxism’s axioms.

Especially the segment on Silver Fox bred in the barn for domesticity or aggression. This renegade experiment, while illegal in all ways in the Soviet Union has been invaluable ever since for real science in the understanding of certain attributes which we can loosely call, domestication. This article may be experiencing a less blunt force train of events than the Russian experiment on Silver Fox, but for the precise same reason our Russian evolutionary-biologist had to hide his intentions and methods from the government. But the subtle and frankly, pure Postmodernist way in which it was done is in fact far more effective in preventing the work from reaching academic circles.

The only thing it can use for potential exposure is the Streisand effect, which of course is why I link to it here. And the fact that it appears here, will be used as an excuse as to why they believed that this truth must not be known. And the great truth that is so scary?

Men and women are biologically different in general.

Here is an excellent video on this subject of the state of academia today:

Remember this moment from a James Damore discussion?

If the socialists hate him so much. maybe he was OK, Must research Franco more.