Last year, a friend took the time and effort to print out an amazing essay about the history of communist activists and the effect they had on Canadian culture and politics, dating back quite a while. My friend has been very patient with me, only reminding me now and again to get in gear and read it. It is difficult to find time to read a 26 page pdf these days and truth be told, the only way I can really do it is printing it out, binding it and taking it to a cafe or something and reading it at the table. No distractions by phones or screens. Covid closures made this impossible.

Now that I am well into this document, I have to say, she has been much more patient with me than I would have been with her had I read this and printed it out for her. This is jaw dropping from beginning to end.

So today was the day. And wow! a lot of other materials posted to this site, and personal observations clicked into place like pieces of a jigsaw-puzzle, if the jigsaw was a picture was of the gates of Hell.

Here is a link to the document directly:

After reading that, please consider watching this very short interview with a powerful man of destiny for the COMINTERN, Pierre Trudeau’s son, explain how he plans to finish his father’s work. This clip is from 2006. And if you read even the first 6 pages of the PDF, you now know what that work actually is.

The connection between the video above and the document can be easily seen on page 4 of the .pdf. Pierre Trudeau’s use of the War Measures Act, and his opposition to Quebec separatism were both tactical to advance Communism in Canada overall. Like everything else with the left, the point is never the point and the revolution is always the point. Justin alludes to the same goals and means above.

At this point, it should be clear that Justin Trudeau has Canada firmly on the same path his father, and stunningly, Lester Pearson, who was also a communist before him, set for Canada.

So where does that put us now?

Franky, it puts is more willing to listen to some of the more horrifying explanations for Covid measures around the world. From unnecessarily shutting down the economies, to making people prisoners in their own homes, and ultimately to forced vaccinations. Which will lead to more forced vaccinations and boosters and eventually the normalization of the total lack of freedom and privacy we already see being legislated in France and Italy and other states. It even makes us wonder if perhaps the vaccines, or later on, as the VP of Pfizer has said on multiple occasions, the boosters, might be used as a population cull.

Reposting two of the segments from Thursday’s Reiner Fuellmich’s webcast, they seem just slightly less unbelievable than perhaps they might have before reading the “Canada Became Communist” document.

Thank you Mad W. for your patience with me on this.

Anyone wishing to see any site like this one, or one that may contain facts which contradict the narrative, need to get a VPN today. Make sure you set the server proxy outside Canada. For all I know, the Government of Canada has a workaround for this. But for the moment this should defeat any blockages that the Trudeau Government installs.

There are many VPN companies and they are not equal. NORD VPN is a good one and I believe they do not keep logs of users and servers. I i will add links to VPNs that are reputable once I have the names.

Anyone who thinks the intent of this is not a full protection of a leftist narrative from objective truth only needs look at Trudeau’s M-103 which was an attempt to kill any factual criticism of Islam in accordance with UN resolution 16/18.

…because only far right, white supremacists would dare think we will have vaccine passports before you can travel. Or go to a concert. I wonder if there will be different ones for AstraZenica and the mRNA ones? Cause you won’t get as much access if you had the AZ.

JUST IN – PM Trudeau confirms the Canadian government is working on "national certification of vaccination status" for those who want to "travel internationally."pic.twitter.com/ay8VmwyqdT

Much more on those events tomorrow

It’s a kooky right wing conspiracy theory right up to the moment its law.

I have so many bad words for this… https://t.co/Q91CVg4sfs

Pierre Poilievre is the quite simply the last non-communist, non-authoritarian left in the Federal parliament. Or if not, the last one who dares speak out against it.

I cannot find this video on Youtube yet. Just this low rez one from Facebook. Will replace if we can find a better copy. 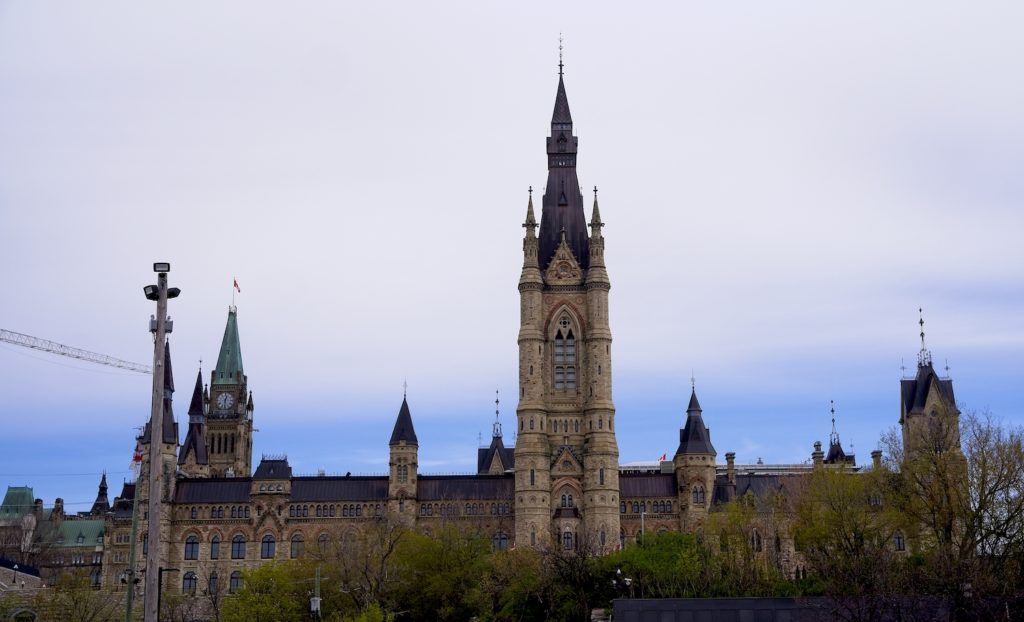 Some months ago, this website posted a leaked memo which was very suspicious, that came from someone who claimed to have sat in on a meeting where the next year or more had been mapped out for Canada. We posted it but with a lot of caveats. According to Rocco, Ezra at The Rebel talked about it but also said it was bunk. There were good reasons to think so. Some of the terms and protocols in the memo seemed inaccurate for an insider. But in retrospect, all the events discussed did in fact take place. And Rocco predicts that next, is martial law, and soldiers on the streets.

Seems that police are enforcing all these fascist edicts though

Well, bylaw officers in Port Burwell, Ontario just came and cleared everyone off of the beach. About 5 families in total out enjoying the sun and fresh air. Good job guys. Really changing the world.

Political dissidents are now targeted by the police state to coerce conformity. Churches under surveillance, politicians pastors are charged and incarcerated. Many Canadian covid supporters are the 21st century’s version of the Gestapo. #onpoli #WeAreLivingALie https://t.co/Zem13TkCv9

Here is a link to our previous post with related videos.

Give this Globe & Mail article a read. Its very good, even if the paper’s left-wing foundation shows in the last few paragraphs. The main point, that there is something very sinister about taking over the regulation of all online content or making the companies do it. And with of course, the usual Marxist guidelines using weasel words like “hate-speech” and a half dozen other euphemisms for counter-revolutionary. Which is what this is really about.

and also a good time to post Nazi propaganda minister’s premise about the nature of the socialist/fascist state:

This is now a Sticky post. It will remain at the top for a while. New posts will be below this.

Below, the CBC clip telling us not to believe our own damn lying eyes about Internment camps, buit believe Trudeau who wouldn’t know the truth if it him in the face like a goose on a roller coaster.

Go to the video at Youtube and read the comments. Canadians are not as stupid or sleepy as CBC and Trudeau think they are.

Also at around 3:20 they superimpose a photo of Donald Trump over a question on quarantine facilities by I think Michelle Rempel The original clip is below. Start at 8:30

This is the clip edited out. Actually whoever grabbed this crom CPAC also did a strange edit in this one as well. Sorry, I can’t do anything about that. But this appears to be the clip Tucker used that was blotted out for some reason with an unflattering photo of The Donald.

If this video stops working please advise in comments and we will restore, or look for a link in the Reader’s by MarcusZ1967 who usually catches them.

For those wondering about Trudeau’s transparency, might find this sign recently placed on the Governor General’s compound, where Trudeau now lives, revealing: 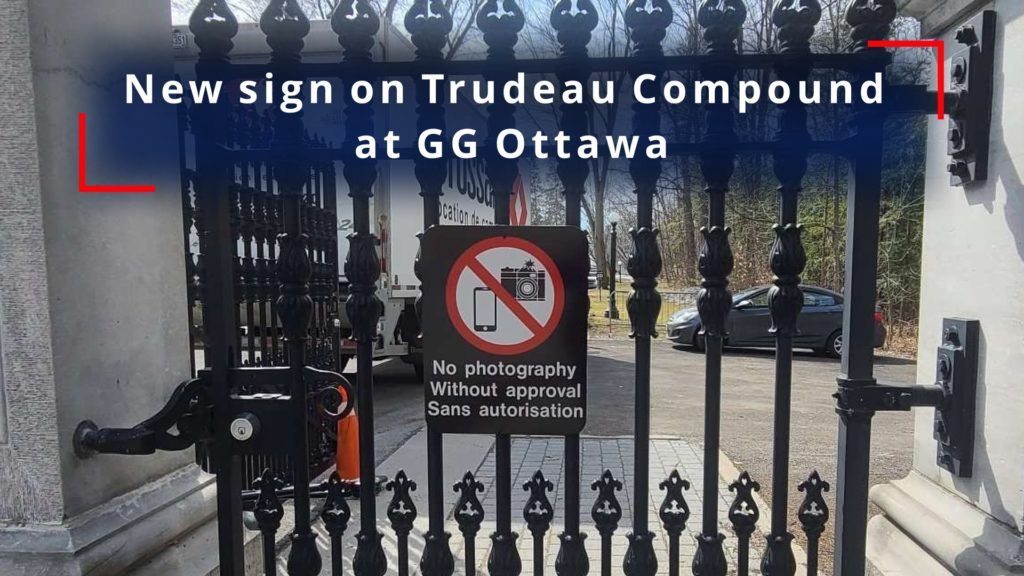 Pastor James Coates was put in a MAXIMUM SECURITY prison for violating lockdown rules. Rebel News' Ezra Levant joins me with the story: "we're letting criminals out and putting a pastor in". pic.twitter.com/ajjwpzqvaz

Several months ago, we published a request by the government for tenders to create internment facilities, clearly intended for this purpose. That was MONTHS ago, when they had no way of knowing the state of the ‘disease’ and what measures would be necessary that far from 2 weeks to flatten the curve.

We posted that tender very tentatively, because even we couldn’t believe it was what it appeared to be.

And to make matters worse, the hotel chain awarded the contract to house people at TWO THOUSAND DOLLARS A POP is owned by THE CHINESE GOVERNMENT.