Everybody should see this.

Yesterday a multi-hour Parliamentary committee was webcast by C-SPAN on China in essense. How to view it, whether or not it was a threat. A familiar face appeared in the people invited to testify, Richard Fadden, former head of Canada’s spy agency, CSIS. He made the news in 2010 when he went public with the threat that China and various middle eastern governments are to Canada through subversion and infiltration, specifically in terms of controlling Canadian elected reps who it appears they actually groomed since college.

I managed to record a LOT of the session from yesterday and added a few key minutes of it to some of the older clips of Mr. Fadden warning Canada in Parliament in 2010.

I added the clip of Trudeau for obvious reasons.

So, leak at a sensitive and dangerous facility in China. Ok then.

To Vaxx or not to Vaxx might be the question. But the question of getting the Chinese Vax is well and truly answered.

Please watch both these videos and spread them around. It is time for us to realize China is most definitly at war with the rest of the world, that Covid is indeed a weapon of war, and most of our own politicians either through incompetence, by being forced or blackmailed, or because they are ideologically in line with China, are on the other side.

For anyone who has the slightest doubt of the veracity of the video above, I would like to point you to a video we subtitled from Italian TV last year, which was actually broadcast five years ago in Italy.

This one says impact anytime between now and Sunday and is 22.5 metric tonnes. The rocket is 10 stories tall and twice as heavy as a school bus.

JUST IN – Russian military convoy at Morozovsk, Rostov advances towards the border with Ukraine.pic.twitter.com/SuCWiYjhzL

The U.S. military believes a buildup of Russian forces near the border with Ukraine, seen as “concerning” on Tuesday, is likely a training exercise. But the gathering of troops comes amid heightened tension in the region, and Ukraine’s Commander-In-Chief Ruslan Khomchack told his country’s parliament this week that Russian forces from different regions had been assembling near the border.

Russia’s president has acknowledged an “escalation of armed confrontation” in the region.

Training exercises were always a possible explanation for the buildup, but a U.S. defense official told CBS News that the locations and types of units seen on the ground didn’t line up with what the Russian Ministry of Defense had announced last month.

Read the details at RAIR Foundation

A commenter on this post reminded us of this video:

While we are at it, a Canadian imam explains why Trudeau is a hero to Islam. Which of course means he is a Quisling to Canadians. 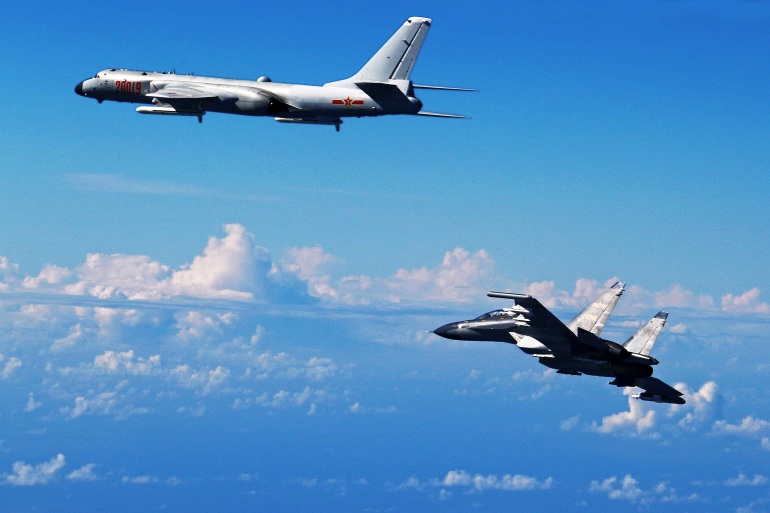 The following document has compiled evidence of the CCP's involvement in the worlds scientific & medical communities among other industries.https://t.co/hTgy7cfh7L#COVID19 is being exploited as a Trojan horse to advance the CCP agenda around the world.#onpoli #cdnpoli https://t.co/rWZnqbZxZo

(The connection was sub optimal that day so there was some drop outs and other issues which are not detracting from the message but make it a bit annoying at times.)

The murderous Chinese Communist Party pose a threat to freedom the world over. pic.twitter.com/4UZB2s9O3S