Please read the details at RAIR Foundation.com which has a lot of additional information on this critical issue.

We at VladTepesBlog, commit to not referring to this product as a vaccine, because in no way shape or form is this experimental method of treatment a vaccine other than its method of delivery. It would be like making some mutagenic substance into a pill and calling it an antibiotic. The only similarity would be the shape of the thing and that you would swallow it.

1. 87,000 Dutch Health care workers commit to not taking the injection

Amid random reports of reactions to vaccine surfacing at different parts of the world, here comes a sharp refusal from thousands of healthcare workers. Around 87,000 nurses refused ‘experimental’ Covid-19 vaccine in the Netherlands, even as the Prime Minister Mark Rutte announced a strict five-week lockdown. Cases in the Netherlands saw a steep rise after the celebrations of Saint Nocholas’ birthday on Dec 5.

At a recent hearing of the Covid-19 Extra pulmonary Inquiry committee, Dr. Elke De Klerk from the Netherlands said she supports 87,000 nurses who resolved to refuse the Covid-19 vaccine because they don’t want to be a guinea pig. “We are also starting a lawsuit to bring a really large group of doctors and a really large group of nurses because we have contact with 87,000 nurses that do want the vaccine that is being prepared for us. They are not willing to be the guinea pigs.”

Even as London Assembly Member tweeted the news, several were quick to join the debate. “Morons pushing something experimental as mandatory should immediately go to the front of the vaccine-line and get a double shot.,” said some while others called out loud for whistle blowers.

2. Video on Reuters article about a 32 year old doctor rushed to intensive care after receiving the injection of the experimental mRNA treatment.

3. Of course you can always just say No. I wonder what Nancy Reagan would say about this though:

On Sunday, Socialist-led Spain began administering the controversial gene-altering Chinese coronavirus vaccination, with a plan to vaccinate 2.3 million people over the next 12 weeks. The names of Spaniards who refuse the vaccine will be documented in a special register. The country’s Health Minister, Salvador Illa, said that the authorities will share the list with the European Union and its 27 member states.

The Health Minister announced that the “vaccination will remain voluntary” and that “the list will not be made public.” “The only way to beat the virus is the vaccine,” said Illa. “You do it not only for yourself, but also out of solidarity with others.” Another purpose for collecting Spaniards names will be to “study the possible reasons for reluctance in different population groups,” he added.

The Health Minister, claims at this point “there will be no public list” but they will share citizens names and private information with the European Union’s member states. The best strategy to ensure the success of the coronavirus vaccination campaign “is not so much sanction or threat, but conviction and persuasion.”

A health care worker in Oregon was hospitalized this week after suffering a severe allergic reaction to Moderna’s COVID-19 vaccine.

The worker is employed by Wallowa Memorial Hospital. The worker, who was not identified, is recovering at a hospital after experiencing the reaction, or anaphylaxis, the Oregon Health Authority said in a statement.

The hospital shared the authority’s statement but gave no further information.

The reaction was one of the first reported to Moderna’s vaccine, which was authorized at a later date than the one made by Pfizer and BioNTech. A Moderna spokesperson didn’t respond to a request for comment.

According to the Food and Drug Administration, there is “a remote chance” that Moderna’s vaccine could cause a severe allergic reaction. The reaction would usually occur within a few minutes to one hour after getting injected, drug regulators said in a fact sheet.

Many many years ago, in a discussion with a lawyer about the push to make cigarettes damn near impossible to get and unaffordable to indulge in here in Canada, this lawyer, who was otherwise quite a reasonable person and on side with many issues took a very different tack on my position on the issue of tobacco use.

He explained to me that tobacco companies were crazy wealthy. That they had mercenary armies in 3rd world countries. In retrospect, armies would likely be an exaggeration. But big tobacco having many mercenaries on the payroll seems quite likely. He explained that these companies affected government policies in many nations in ways that went from the less than ethical to the downright Bond villain. That stopping them will take unfair legislation. That this is what he worked on.

I have no doubts he was telling me the truth. He claimed to have all the evidence in his filing cabinets. And so we might ask ourselves how much more powerful pharmaceutical companies are, and what they would be willing to do, to make sure their products, ideas and policies are the ones that get implemented, and what they might do to protect their fiefdoms.

Does anyone know how that nurse is doing who passed out from the injection of the mRNA treatment? 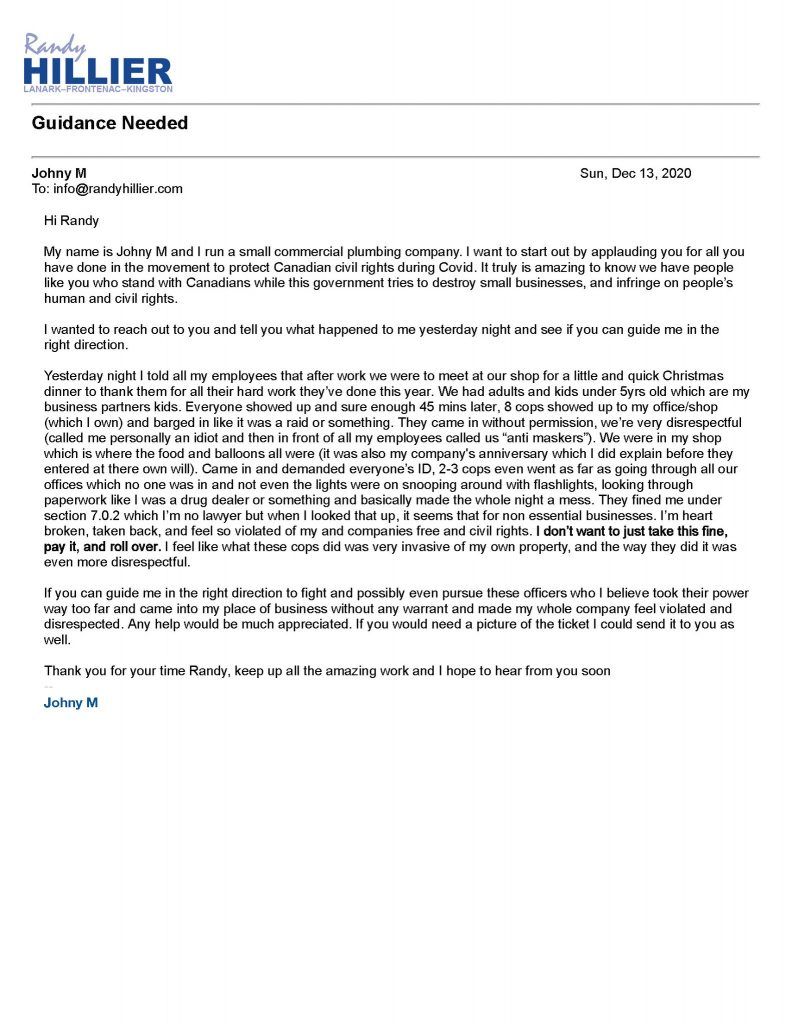 When police protect the rights, property and safety of the individual its mandatory that we all support the police. But when police become nothing but thugs for illegal directives of the state…

This may turn out to be an enormous story. It seems very much like the attempted coup against President Trump in some ways, and also like the supra-legal methods employed against France’s Le Pen and Italy’s Salvini, both of whom had their parliamentary immunity revoked RETROACTIVELY in order to charge them for major crimes that are in fact, not crimes at all.

In fact they are just acting within the job description of opposition MPs.

There will be more on this coming. But the takeaway is likely that unprecedented extraordinary means will be used against all political leaders who are working against the global communist revolution. Monday or so we hope to publish the reporter’s actual statement. But the gist of it is in the video below. Thank you Jose Atento for the video and translation.

From this French News site: 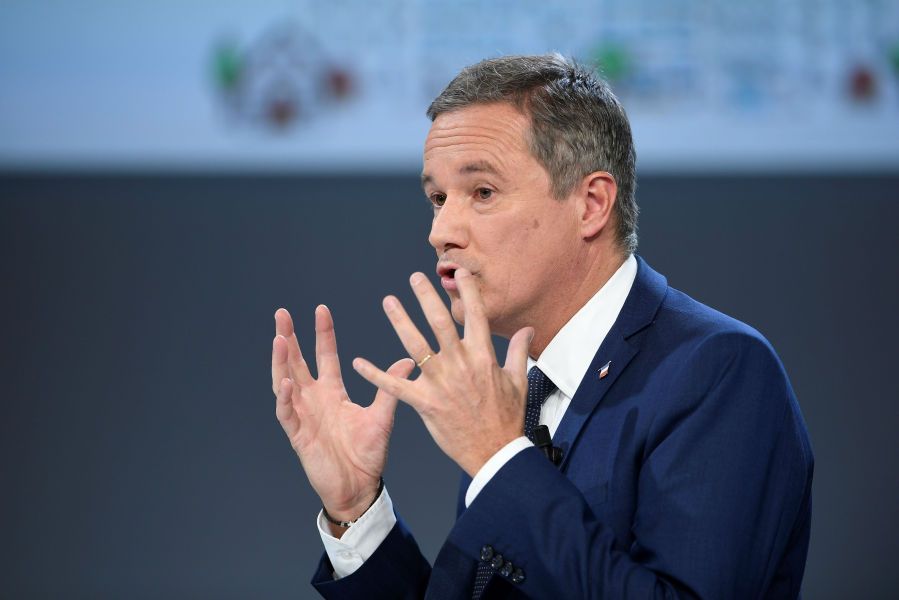 The prosecutor’s office in Paris on Wednesday ordered a fine of €5,000 against Nicolas Dupont-Aignan, the president of Debout La France, who was tried for calling for hatred or discrimination, for evoking a “migratory invasion”.

“The Population Replacement is now!”

On January 17, 2017, the MP for the Essonne, then a candidate for the presidential election, tweeted the following words: “In 2016 the socialists compensated for the decline in birth rate by the migratory invasion. “The [Great] Population Replacement is [happening] now!”

The prosecution began the process after a report by the International League Against Racism and Anti-Semitism (Licra).

Nicolas Dupont-Aignan was not present to face the 17th chamber of the Criminal Court. His lawyers have asserted his parliamentary immunity, which, according to the prosecution and Licra, cannot enable him to escape prosecution in this particular case.

“We have a leading politician, a declared candidate for the presidential election, who quietly repeats, publicly, of his own accord, a conspiracy and racist theory born in the bowels of the French far right at the beginning of the previous decade,” the thesis of the “great replacement” of Renaud Camus, denounced the prosecutor.

“Not condemning him would mean to permit opening wide the floodgates of the uninhibited racist speech,” “pointing out all those who don’t belong to the national community”, migrants and immigrants, continued the representative of the prosecution.

“For once, when a politician tells the truth”

For their part, lawyers for Nicolas Dupont-Aignan pleaded for his release, arguing the “truth” of his remarks and insisting that the politician was targeting the Socialist Party rather than immigration.

This is a somewhat “nasty” parody of the slogan of former President François Hollande’s “Change is now,” said Philippe Prigent, and “the purpose of this tweet is to call people not to vote for the Socialist candidate, that’s all.” “For once” when a politician “is telling the truth, we might not want to punish him,” he pleaded.

The civil party, Licra, asked for €5,000 euros in damages. The case will be decided on June 6th.

Below, a video of the politician who was fined.