This was a very good episode from start to finish. Very important parts on the vaxx and the sterilization of children under the rubric of “trans-rights”.

Dr. Chris Shoemaker speaks at the square across from Parliament Hill, Ottawa on September 17th:

We caught up with him after and interviewed him on the hill:

Nurse in Cardio Unit fails to acquiesce in medical coverup, wants to know why child heart injuries were not being reported to VAERS?
Result: FIRED. pic.twitter.com/7zpGhxHk4q

WARNING: This is a very disturbing interview and contains images that could be very upsetting to a lot of people, and for a variety of reasons.

For the written story, please see RAIR Foundation.com and expect to see more about this as the week progresses, including comentary by other morticians and some well known and highly credentialed doctors who will be commenting on some of what you see here.

Additional: Mike Ward’s web site can be found at https://www.naturalnews.com/

For treating covid, the Canadian government says ivermectin is unsafe, ineffective, and not to use it… but the sciencesays otherwise, and so do some PHAC staff.

In September 2021, the Public Health Agency of Canada was asked for all internal communications regarding ivermectin for the treatment of covid. Today (in June 2022) they provided some emails dating from 1 March 2020 to 7 June 2021.

These were apparently originally released April 2022 to some other party who requested the same information from PHAC (see date on the file name).

Please read the remainder of this important article at the source, Scoopsmcgoo

Highlight from page 23 of the emails: (At 5:30 it turns into an advert for physical silver and gold)

Please read the story details at: 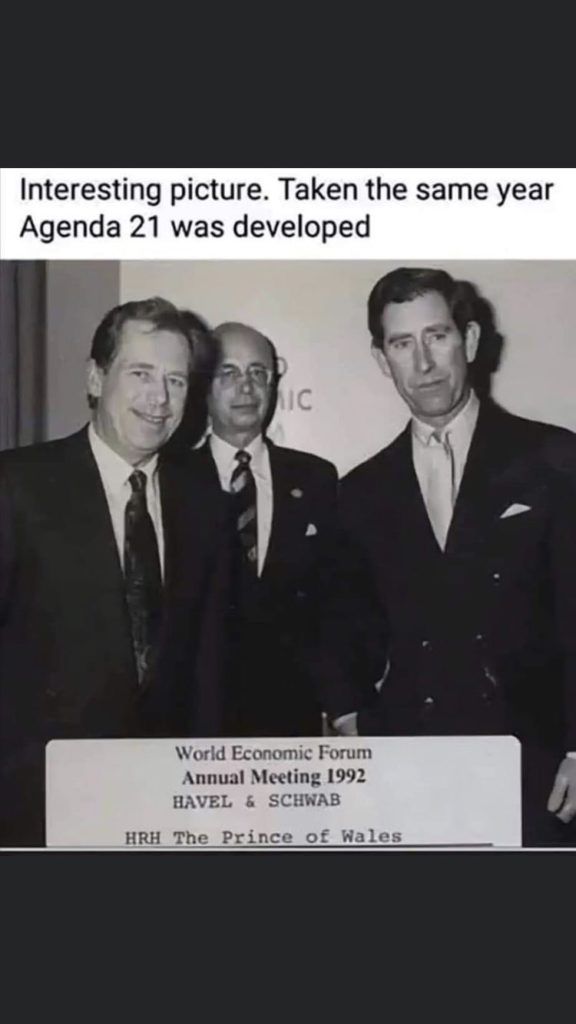 This isn’t exactly right. The UK stopped offering the shots for that age group because of lack of uptake. People don’t want it for young children. They didn’t ban it.

Please read the back story at RAIR

Must Watch: Justin Trudeau tells Canadians in a recent press conference in Winnipeg that we must get 80-90% of the population up to date on vaccines in order to see much less restrictions and rules this winter. pic.twitter.com/tTGnShx0g3

UPDATE: Video ABOUT the video of the leak

Leaks suggesting that Israel buried data showing the Pfizer gene therapy shots are dangerous and had far more serious and frequent negative health consequences are rapidly growing around the internet to the point where its negligent to post them and not post them about equally at this point. Sometimes it is difficult to separate a claim from evidence. Quite often, all we get are claims. “The Religion of Peace”. “Safe and Effective”. And we are to make life changing decisions on claims that are nothing more than sloganeering.

Nonetheless, people with authority are making these claims, and say they are supported by evidence. Some of it is counter-intuitive, like Steve Kirsh’s claim that Israel kindly shielded the Palestinians from the vaccine knowing it was dangerous but administered it to all its own people. It wasn’t that long ago that Israel was being called horrible names for not giving the shots to the Palestinians. As far as I remember, both claims are untrue. The Palestinians had equal access to the vaxx as Israelis did. It’s possible that the Palestinian Authorities did not mandate the shots the way the Israelis did though. In which case, Kudos to the PA.

(Someone who knows the details on vaxx uptake in Gaza and Judea-Samaria can correct the record in the comments.)

The other aspect of this is that this site has posted leaked videos over the past 2 years from Israel that shows this same thing. Even from if I recall correctly, the Israeli PM’s own press secretary. This video predates November of 2021 by at least weeks.

We have posted other videos showing that at least components of the Israeli government knew this was a very bad program. But this doesn’t make Israel any different than the USA or Canada or the UK etc. etc.

We have written and posted volumes and hours of evidence that bodies such as the CDC and Health Canada and other official agencies knew damn well these things did nothing good and lots bad. The UK and Ontario and Israeli data is what Alex Berenson, who is overly cautious in many ways in his assessment of the value of the shots, used to expose them. The very governments who pushed the shots, also produced the statistics showing how bad they were. Yet the CDC inevitably approved them for use in every category where they bothered to even have Potemkin hearings on their approval.

Now of course, the new version of the Vaxx, the hybrid one which is both the legacy strain and one of the newer Omicron flavours is approved without any formal process at all. Yet the technology itself has still not gone through the formal and rigorous testing that even a normal new vaccine of the traditional variety would have to go through.

But when Israel of all nations is singled out for a crime that is committed by many nations, it rings alarms.

The problem in Israel is the same as it is in Canada and the US, UK etc. Corruption and leftism. Not the population. None of them would have taken the shot had they known what the planners knew.

In two interviews we did with retired Canadian captain, James Formosa, the subject of high ranking military officers getting easy vaccine exemptions was discussed. I had to remark that as a rule, the higher up one is in the food chain, the higher the quality of information one gets on serious matters. What this means is that the higher up you go in the authority/power chain in any country what we should expect to see is the powerful elbowing other people out of the way as they rush to vaccinate themselves and their children, lovers and friends as fast as possible. That is, if the narratives on both the disease and the gene-therapy shots are true.

Instead what we see seems like the opposite. Even the president of Pfizer graciously declined the shot till every Kalahari Bushman and his tennis partners all had both doses.

Makes us suspect that the higher up you go, the more you doubt the need for, or safety of the gene-therapy shots.

In any case, there is likely to be a torrent of material demonizing Israel over the vaxx data. And maybe it is deserved and maybe it is not. But when I see people calling Israel an “Apartheid State” when it was always one of the most cosmopolitan and free states in the world, and certainly the most free in that region, and Saudi Arabia which has two cities you may not even enter if you are not Muslim, NOT called an apartheid state, we know the real reason for the claims. 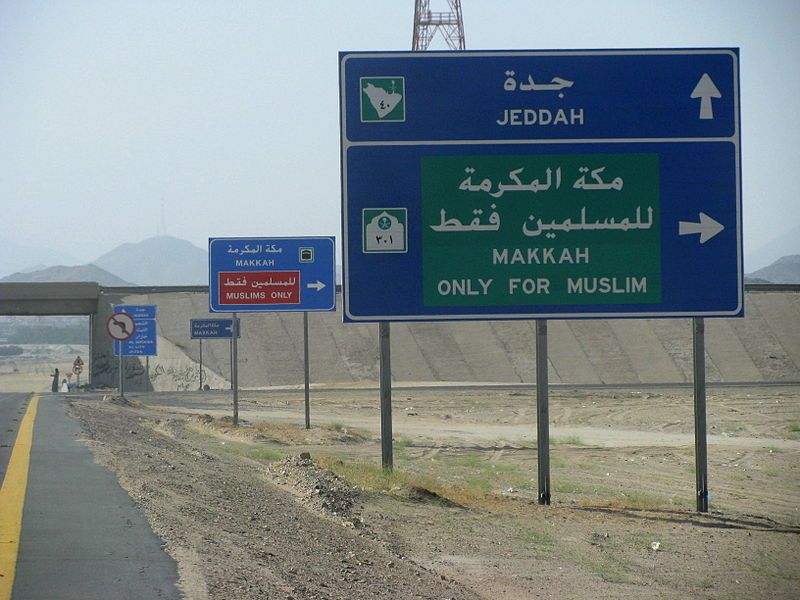 The Steve Kirsch Newsletter can be seen here. Please post comments with your own observations on his article. Maybe it is perfectly fair and Israel is a special circumstance and deserves special criticism for its handling of the data. It did push Netanyahu aside and put in a leftist leader. So that wouldn’t be a huge surprise. But that would be the cause of the issue and be similar to France, Canada, Germany, Australia, New Zealand and a lot of other nations where the same stunts have been pulled.

Only a couple of minutes in and it is interesting. They are redeploying the ludicrous PCR test again in Israel, which means they will everywhere else that the left is in sufficient control.

Anyone who takes the time to watch it, please do leave observations in the comments for others. Europe has always been tomorrow’s newspaper for North America in terms of policies that are coming. Since Israel agreed to be Pfizer’s lab-rat, Israel is certainly that today.

This deserves its own post since it has been a suspicion of this site that not just the “vaccines” but most policies delivered to us by Maoist mass line narrative attacks in the past decade or three, are primarily about population control. From advantaging homosexual people to convincing children to sterilize themselves  without their parent’s knowledge or consent, to easy free access to any kind of pornography Among many other policies.

Now Alex Berenson has again published first-world-quality government statistics from Singapore that show a strong correlation between the injections and a decline in birth rates.

In March, the increase in births abruptly reversed. Between March and June 2022 – the most recent month for which figures are available – Singapore has recorded about 1,000 fewer live births compared to 2021, a decline of 8.5 percent. The drop has been consistent each month.

(Births in Singapore. See how the blue line started falling below the others in March? That’s births in 2022. That’s not good. Also, I know it’s a photo of a laptop screen. Bear with me.)

A 16 percent shift in birth rates practically overnight is, to say the least, highly unusual.

This seems like a good time to repost the video from a Hungarian MP on their observed birth rate drop since the start of the shots. This was first posted on or near July 1st, 2022