For those who read this site it is no surprise at all why they banned the allies from marching. We knew about the song as it was in his video, and Brad Johnson discussed the connection to the CC killer and Serbian war heroes he wrote the names of, on his weapons.

This makes the decision no less disgusting. Or perhaps the better word would be dhimmi. As Richard reminds us:

The Chetnicks were the non communist fighters against the Nazi occupation of Yugoslavia. 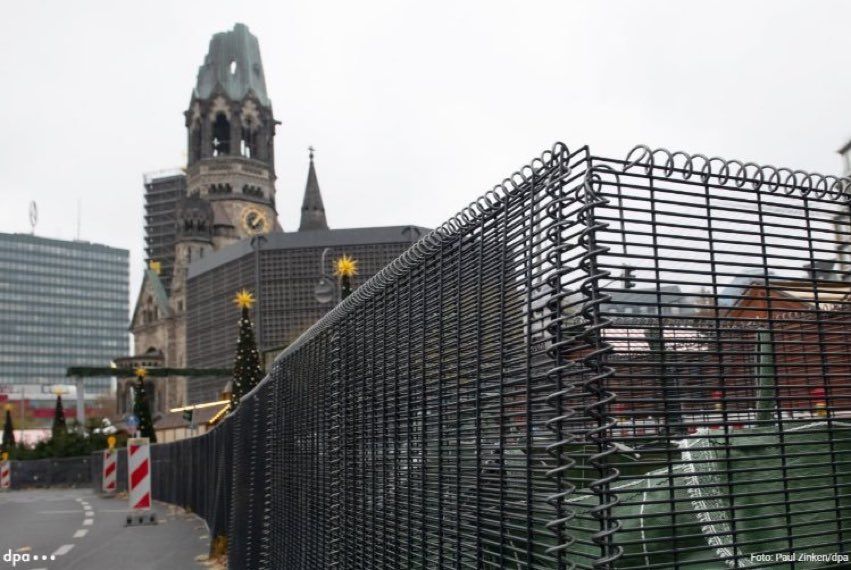 An Original Translation by Miss Piggy with much thanks!

From this German News Site:

Since Monday, workers have been building more than a hundred square metal baskets along the perimeter the Breitscheidplatz and screwing them into a long row. The baskets come with plastic bags filled with sand.

The Berliner “Kurier” called it the  “Mulled Wine Fortress”. The barrier elements and their construction and dismantling cost the country more than 2.5 million euros. The metal bollards and concrete bases are to be reused in the future.

A guest essay by Danielle T’arna, written for VladTepesBlog with much thanks

The growing darkness and emerging death of Christianity in the church

“I stand amongst you as one who is crying out
for you to wake up before what you have dies
and is taken from you, never to be seen again”

In recent years the merger of Christianity and islam “Chrislam” has now reached the level in the UK that it has become part of mainstream Christianity and culture. It is more well known as Inter Faith in the UK and fully embraced by the church and state. I truly believe that we celebrated our last traditional Christmas and Easter many years ago in the UK.

For many years evangelical Christians have been warning of a deceptive doctrine and growing movement that has been slowly emerging over the last two decades. Chrislam slowly emerged in the UK when we started to see a mass influx of immigrants and refugees. Where muslim immigrants and refugees settled and were housed in major cities we started to see multi faith events and organizations develop, along with church led community groups and charities, that tried to promote community cohesion amongst its growing muslim communities.

Chrislam has flourished because of the nations fear of islamic terror attacks, fatwas being issued under islamic blasphemy laws and a need to understand a very alien and exotic ideology and religion. We have seen these terrorist attacks and threats from islam used as a tool to enforce cultural changes in many Christian countries like Canada, Sweden, Germany and France. Chrislam infiltrated the church on many levels that included theology, community organisations and projects, the use of churches for islamic worship and prayers, charities, the inclusion of islam in church services, worship, prayers, sermons, music and arts festivals,[1] changing the names of Christian festivals such as Christmas and Easter to one that accommodates islam.

I have only just begun to scratch the surface of Chrislam in the UK with this article. I have only named just a few of the many government and non government organisations involved with Chrislam. It is a well funded and corrupt machine paid for by the church, government, islamic foundations, islamic countries and the European Union.

My immersion into the world of Chrislam

There is one question that I have been asking myself and that is“Why is the church inviting overseas missionaries to come and work in the UK ?” Surely it can’t be for the evangelism of a Christian nation ? I can answer this with my personal insight and involvement with one such missionary couple from 2014 – 2017

In late 2014 I was invited to a community peacemeal in the Winson Green area of Birmingham by an Australian couple who are overseas missionaries. Ash and Anji Barker had recently arrived in Birmingham from working as missionaries in the Klong Toey slums of Bangkok. Anji had been invited to work in Birmingham by the UK Christian charity Oasis Trust[3] and to coordinate community activities in two of the charities Christian run Oasis Academy schools in Winson Green. When Ash and Anji moved into a very large vicarage called Newbigin House they quickly got to work establishing a charity called Newbigin Community Trust [2] which I was a founding trustee of. Newbigin Community Trust is just a part of the many projects run from Newbigin House[4]

During my time getting alongside Ash and Anji, I would observe how they worked with different groups of people in the community and how they would link with churches, work with local authorities, businesses and ngos. Ash is a very laid back, loving and calm person. Anji is very very active, encouraging and enabling and didn’t stop talking and never thought about what she was saying. We were working with many muslim families who had come to the UK as refugees and migrants. We started to adapt our work around the physical and emotional needs of local muslims.

END_OF_DOCUMENT_TOKEN_TO_BE_REPLACED

And now the monster reveals his true face.

From The Toronto Star:

TORONTO – B’nai Brith Canada is raising concerns about an overly broad definition of Islamophobia adopted by the Toronto District School Board (TDSB), which would prohibit staff and students from criticizing “Islamic politics”.

The TDSB’s Islamic Heritage Month Resource Guidebook, which will be used in schools across Toronto this October, defines Islamophobia as “fear, prejudice, hatred or dislike directed against Islam or Muslims, or toward Islamic politics or culture.” The Guidebook was designed by TDSB project co-chairs Nazerah Shaikh and Haniya Sheikh, with support from the National Council of Canadian Muslims (NCCM).

The TDSB definition, if enforced, could lead to punishment for students or teachers who display “dislike” toward the persecution of LGTBQ people in the Islamic Republic of Iran, harsh restrictions on women in Saudi Arabia, and Palestinian terrorism against Israelis, all of which are examples of “Islamic politics”.

This might be a good time to have a look at the official logo of the Toronto District School Board: 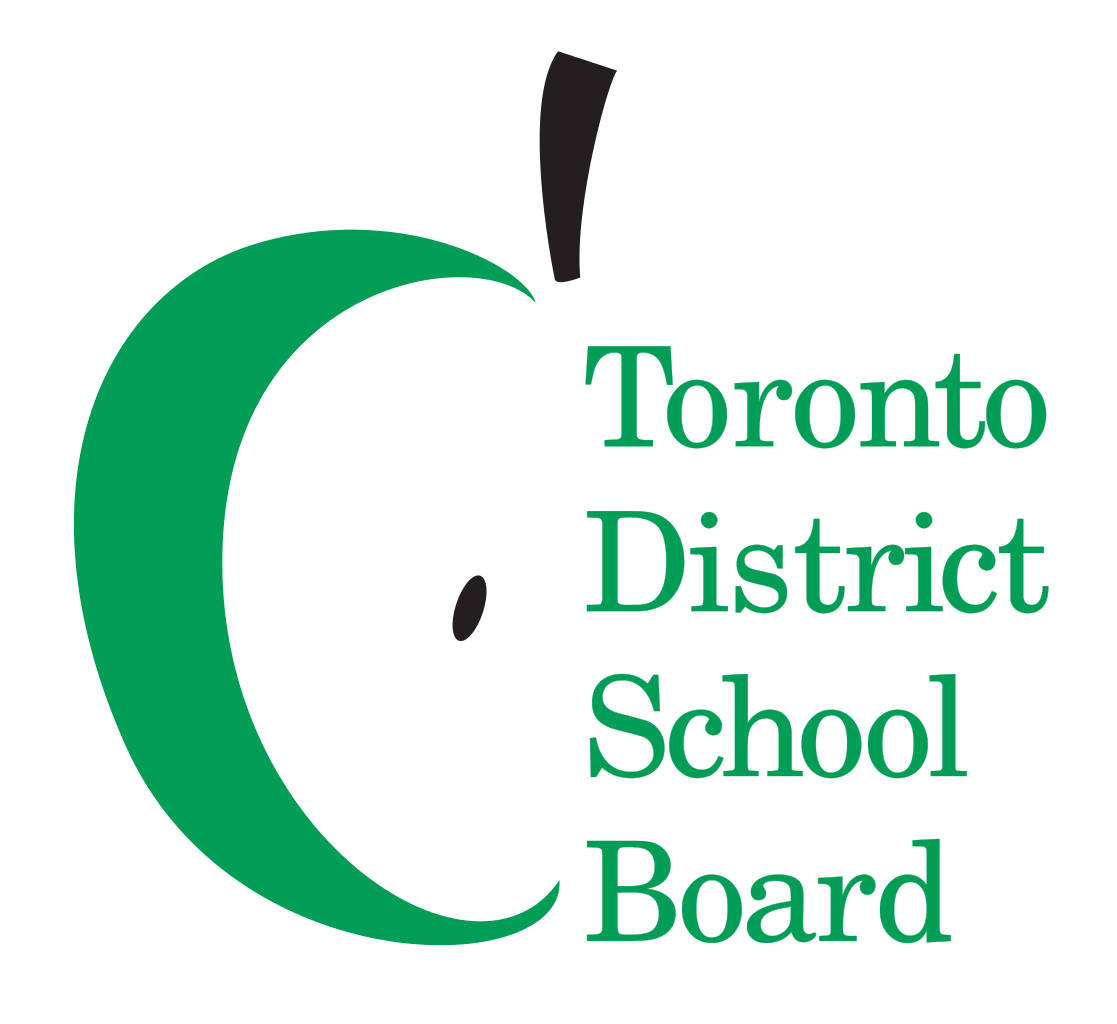 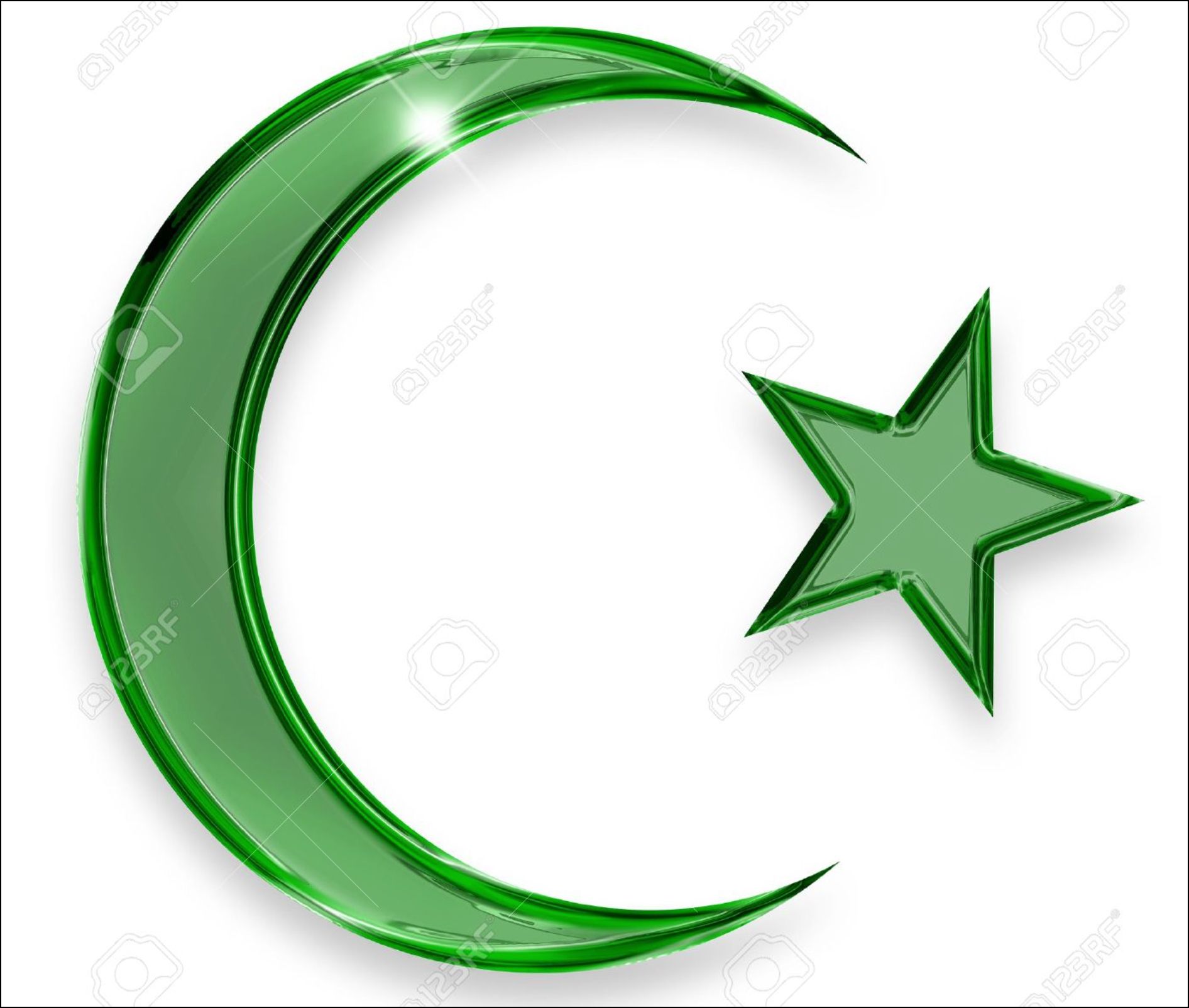 The planned definition of Isolamophobia by the TDSB is clearly an example of the Islamic definition of slander (Ghiba) as explained in Reliance of the Traveler.

“Telling anything to a Muslim that he would not like” in essence.

It could only be that way. Muslims Discriminate against other Prisoners

Dutch prisoners feel threatened by other prisoners with Muslim backgrounds. This was published by the DailySpits. Dutch prisoners complain that they are being cursed at and continuously exposed to hissing sounds of gas. No assistance is given to them by the jailers, because according to a prisoner, they are afraid of the Muslim prisoners themselves. The non-Muslim prisoners have complained to the Commission of Supervision, but nothing happens. Jaap Brandligt, Director of an organization called Bonjo which deals with the interests of prisoners, has acknowledged that there are tensions between Muslim and non-Muslim prisoners. Adventures of a broken soldier:

I am a disabled combat veteran. I served in Iraq and worked in Afghanistan. I took an IED because my country asked me too, and I was injured by a suicide bomber in Afghanistan. I have a Purple Heart and an ARCOM with Valor. I fully expect to be treated differently when I am visiting another country – when I am in America I expect equality and toleration; but what I experienced today is something that I never would have thought I’d have to go through in my own country. The country I fought for!

I am a skydiver with around 300 jumps under my belt. I’ve done jumps from 30,000 feet, helicopters, hot air balloons, wingsuit skydives and so forth. So with that being said I travel around doing this sport quite a bit. Today was my second time at a dropzone called “Florida Skydiving Center / Skydive Lake Wales”.

Coincidentally there are soldiers from the country of Qatar being trained there.

The picture is of the tattoo I have. Here is the definition of said tattoo: “Kafir (Arabic: ????? k?fir, plural ????? kuff?r) is an Arabic term used in an Islamic doctrinal sense, usually translated as “unbeliever,” “disbeliever,” or “infidel.” The term refers to a person who rejects God or who hides, denies, or covers the “truth.” The Muslim’s from Qatar saw that tattoo and complained to the dropzone. Once they did so I was called to the back office…