Please see RAIR Foundation for the details on the who and when of this man.

Thank you Miss Piggy for the translation on this one.

This is good. Follow closely. Its wonderfully refreshing language, meaning not deceptive at all. May they have great success.

Thank you, MissPiggy for this one!

??[#Electionseuropeenne2019] The activists of the RN let them explode their joy at the announcement of the results. They shout “we won” by waving French flags. LREM is second, the Greens are surprisingly third. #Elections2019 #EP2019

According to the survey, Prime Minister Viktor Orban’s party was well ahead of the Socialists and the leftist Democratic Coalition who were expected to win 10% each. The nationalist Jobbik was seen getting about 9%, and Momentum party 7%, state TV said. 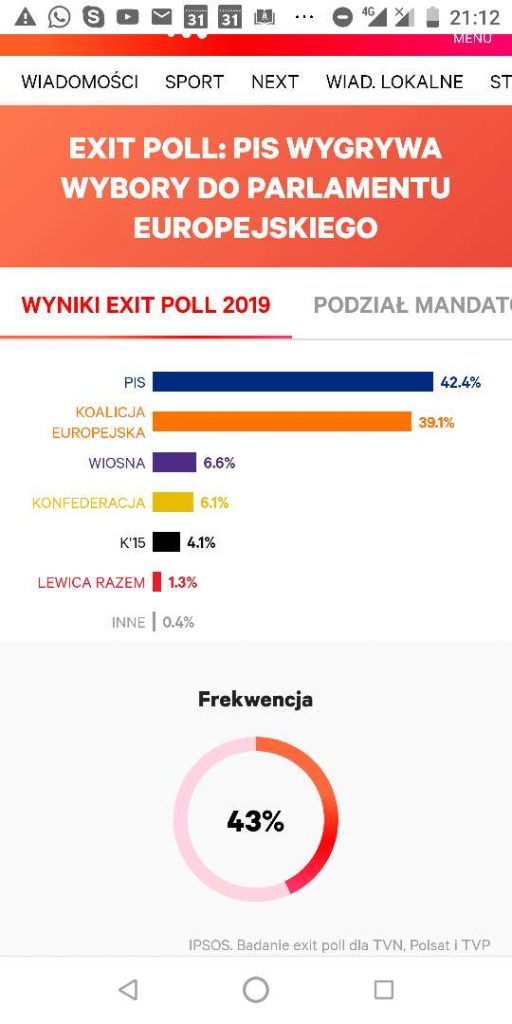 According to Green Infidel, Law and Justice 1st, the far right in 4th and 5th. The summary as GI explains it is:

I hope we hear a lot more about this gathering. If memory serves, macros was elected because he stole Le Pen’s talking points and people thought they were getting a nationalist without the stigma leftists had painted onto Marine. I think the next time, if they are allowed to vote in France again and have it counted honestly, they are ready for someone who will actually work to preserve French interests.

The video below appears to be a counter demonstration by leftists who oppose the Czechzit sentiments of the main group.

Czech Republic: Prague protesters greet Le Pen and Wilders at right-wing meet
National Rally leader Marine Le Pen held a press conference alongside the leader of the Dutch Party for Freedom’s Geert Wilders in Prague on Thursday, to support the Freedom and Direct Democracy Party’s Czech-Japanese leader Tomio Okamura ahead of the European Parliament elections.
Okamura branded European Commission President Jean-Claude Juncker a ‘notorious alcoholic’ as both Le Pen and Wilders attacked multiculturalism and globalisation.
On the same day, Okamura’s party organised a protest against the European Union in the centre of Prague.

Pro-EU demonstrators staged a counter-protest under the reported name ‘Olympics of Noise’ which attempted to drown out the Okamura-Le Pen-Wilders meeting.

Bit.tube’s embed codes seem to be working intermittently at the moment. Clearly is has some growing pains. But here is the direct link to this worthy video.

This is the most important thing at the moment. Please watch it. And if you feel it is something people should know, please spread it around.

If we fail at stopping this, its prepper time. There isn’t much left in terms of Western governments being supportive of the people who created them.

A tweet by Marine Le Pen, for which no doubt, she will be criminally charged.

I find this fact, that Marine Le Pen is now being charged with releasing the findings of her own mandatory psych evaluation to the public, to be Soviet in its methodology.

This is one of those videos I would ask you all to please spread, and explain to people why this one is so important. Put it in the category of Geert Wilders being criminally charged for having an opposition view to immigration policy. Which is his exact job and responsibility as an opposition politician.

There are many examples of politicians being charged in Europe for criminal offences fro doing exactly what they are meant to be doing and elected to do. But the EU and French government treatment of Le Pen is beyond any flimsy excuse.

For anyone uncertain of what this about, please see the video below:

This is important. This is the government-media complex criminalizing and exposing to vast public shaming and ridicule, any opposition to the Soros, Obama, Merkel, EU, UN, Trudeau globalist policies.

This is the defacto, de-democratization of the world. What Le Pen did with the tweets, and what Geert Wilders was convicted for, was 100% in their job descriptions. To criticize and oppose the government and its policies.

“When dictatorship is a fact, revolution becomes a right” -victor_hugo

Remember, the EU went to great lengths to remove special protections politicians have for exactly this reason,to give the latitude they need to speak alternate views, and are now applying this lack of protection RETROACTIVELY to destroy Le Pen.

This means that the new communist states, formerly republics and democracies once upon a time governed by rule of law, can now change laws designed for protection of individual rights and make actions we did in the past, illegal and grounds for imprisonment.

You have here a very typical case of malicious if discreet manipulation of news-reporting at minute 00:24.
<b>“….she accused…..”</b>
….says the news reporter – omitting the fact that Jean-Jacques Bourdin DID INDEED equate le FN with ISIS. The news anchor Bourdin is a very powerful tool for France’s deep state in that he pretends, sucessfully, to be “neutral”, asking the (pseudo)-hard questions and even pretending to be on the conservative side.
In the light of Marine Le Pen being hauled before the totally corrupt French Justice (*), this manipulative statement “…she accused…”, without adding that Bourdin had really said it, becomes a “false accusation” for the man in the street.
Shades of the Michael Stürzenberger case posting historical pictures of Mufties meeting with Nazi leaders and (Stürzenberger) being indicted for it.
(*) A couple of years ago, the Syndicat of French Magistrates had been found out having created in their offices “le Mur des Cons” (literally: the wall of c*nts). It was a large board – covering a big wall, on which they had deposed photos and names of people they considered “C*nts” and who had appeared before them in Court – including nearly every conservative politician who had ever opened the right side of his mouth, and critics of Islam such as Eric Zemmour, BUT ALSO: 2 fathers whose daughters had been raped and murdered by culture enrichers and who had been devastated by the killers-of-the-usual-background getting off lightly thanks to the so-called French Justice.
For those of you who read French, you might want to research “Mur des Cons”. The journalist who discovered the wall has even written a book about it. After the discovery the room with the “mur des cons” was locked for the time of “investigation”. When that “investigation” was supposed to start, the “very securely locked room” had somehow been penetrated, and the “mur des cons” panel had disappeared – to my knowledge it has never been found again and I dont know if the “case” was followed up…..I dont think so.