Just listening to Dennis Prager. He is quoting a new press release from Scotland that says they reported people who had been cured or recovered of Covid, discharged, then back in hospital for unrelated problem and died, and recording that as a Covid death. The new numbers, from memory, are that out of over 250 reported Covid deaths, only 43 of them where actual covid.

If anyone can find a link to this, please post in comments. Google only gives hysteria, fear and increased measures alerts.

Scotland is now reporting hospitalizations due to Covid-19 in line with England.

The number of patients in hospitals battling Covid-19 has seen a steep drop due to a change in definition on how the Scottish Government reports the figure.

Following around two weeks of reviewing the figure, Nicola Sturgeon said the decision had been made to bring Scotland in line with England as to how they count the number of people in hospital with the virus.

The previous definition, which would have seen 262 people recorded as being in hospital with coronavirus, covered anyone who had ever tested positive for the virus while in hospital and who was still being treated, potentially after recovering from Covid-19, for any condition.

The new definition, also in place in England, is for patients to be considered Covid-19 patients if they received a positive test in the two weeks prior to admission or on the day of admission.

They will also no longer be considered Covid-19 patients if they are in hospital for longer than 28 days or 28 days after their first positive test, whichever is later.

This meant a steep drop in the total number of patients in hospital considered to be Covid-19 patients to 48.

Check on a site called Lockdown Sceptics. https://lockdownsceptics.org/ it is a site from across the pond. Can not remember the date but the bit about Scotland was something that was posted. You will find a bunch of good stuff about Wuhan with plenty of links to back up the articles. Also covers Australia and the mess in Victoria.

Hardly matters if it is true though. If a doctor prescribes Penicillin and a patient starts eating random bread mould it’s hardly the doctors fault. Maybe the mould-eater’s handler at the Special Olympics, but not the doctor.

When are the Fake Journalists, who received unwarranted Pulitzer Prizes for Russia, Russia, Russia, and the Impeachment Scam, going to turn in their tarnished awards so they can be given to the real journalists who got it right. I’ll give you the names, there are plenty of them!

A very good point. There are dozens of amateur blogs that had it right all along about Russia and so on, and will never be recognized let alone win an award. But fake news gets a Pulitzer if it has the right, wrong message.

President Trump’s tweet reminded me of a superb segment of a Marc Levine show with Lara Logan that just had to be restored for this occasion. This interview is from April 7, 2019. 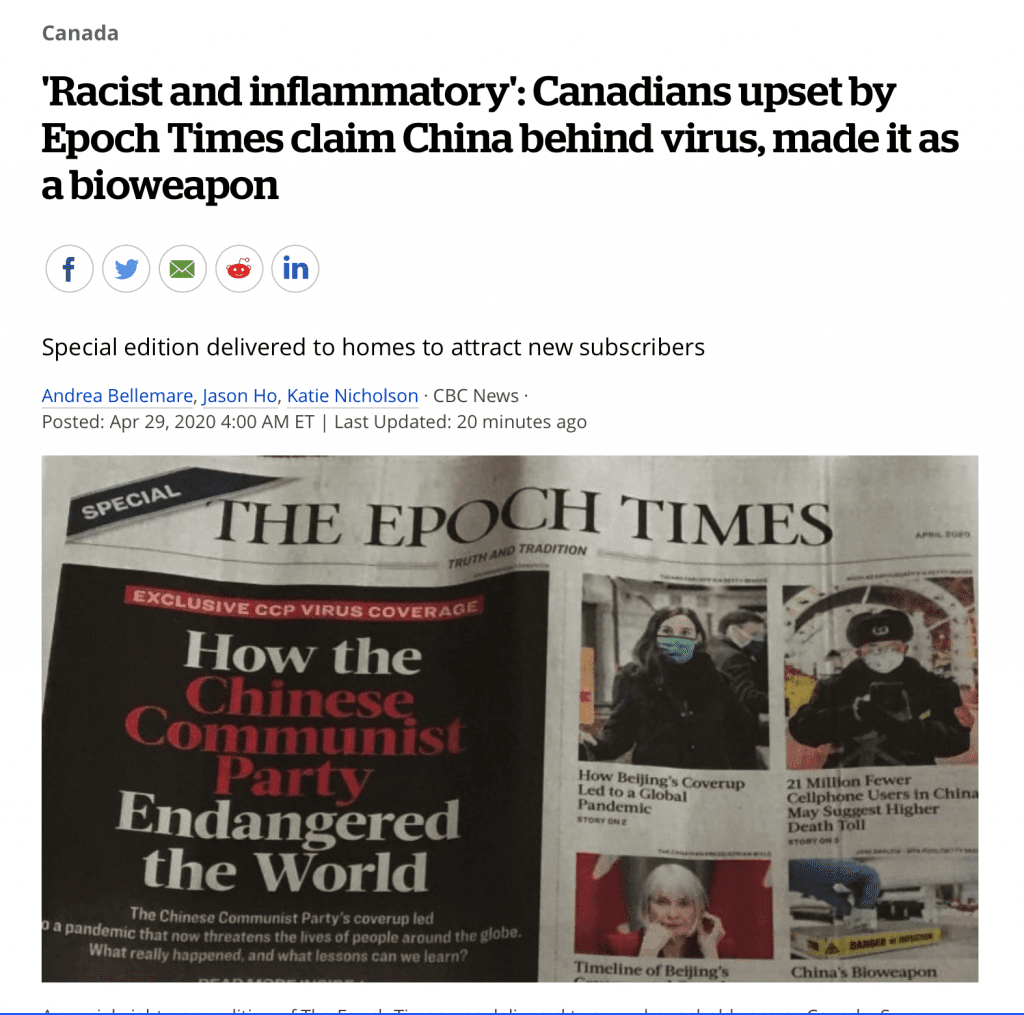 But after recioeveing a few hundred comments and tweets, maybe a little more than a few hundred calling the CBC out for the Voice of the COMINTERN that it is even if not by that term, they rewrote their title this way: 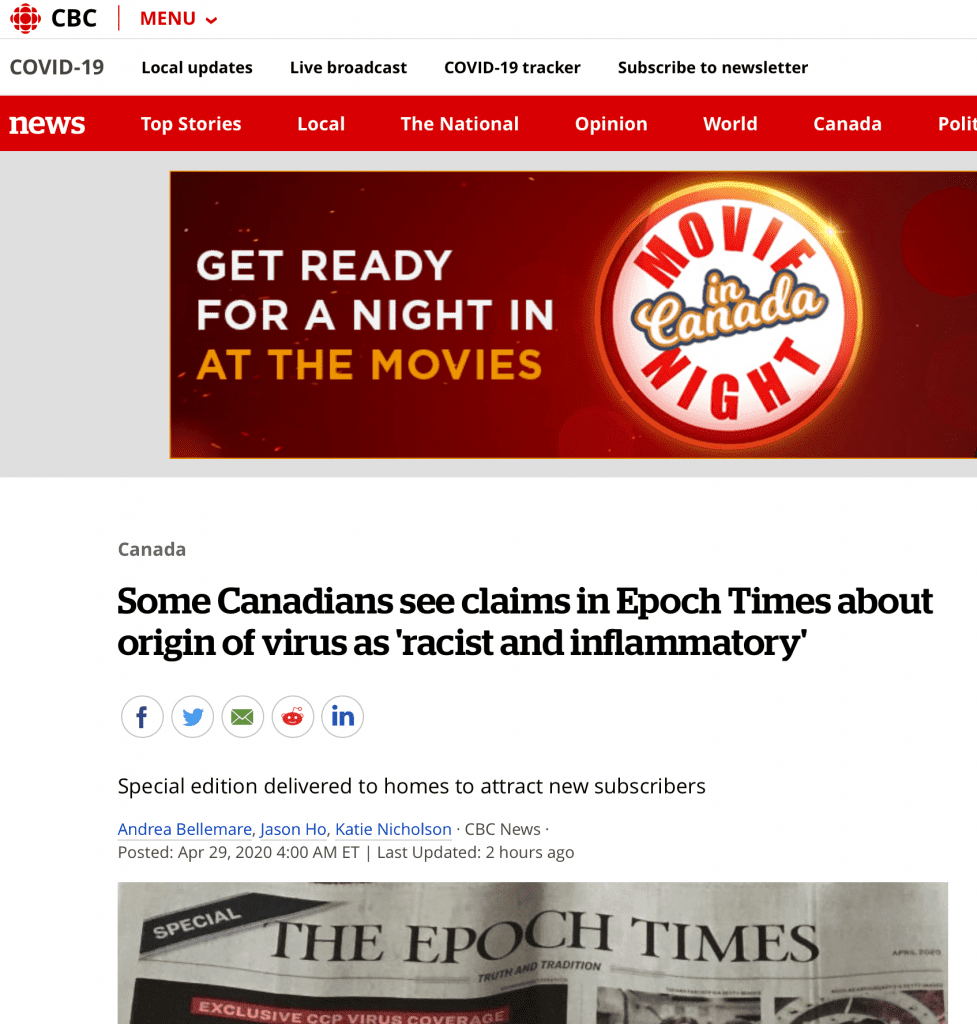 Ministry of Propaganda engages in Stalin-style rewriting of history and headlines.

See the screen grabs too see how CBC spun the narrative after their clumsy defence of the Chinese Communist Party blew up in their face.@peoplespca ?@MaximeBernier? pic.twitter.com/wsH45wheA6

This is the supercut video President Trump just played during the coronavirus briefing. It includes clips of MSNBC and CNN pundits downplaying coronavirus, @maggieNYT defending his China travel ban, and Govs. Cuomo and Newsom praising his administration's response. pic.twitter.com/W6O1oEQuso

A man at the Richmond, VA pro-2A rally just jumped into the MSNBC shot screaming "You pieces of s**t! F**k you!" 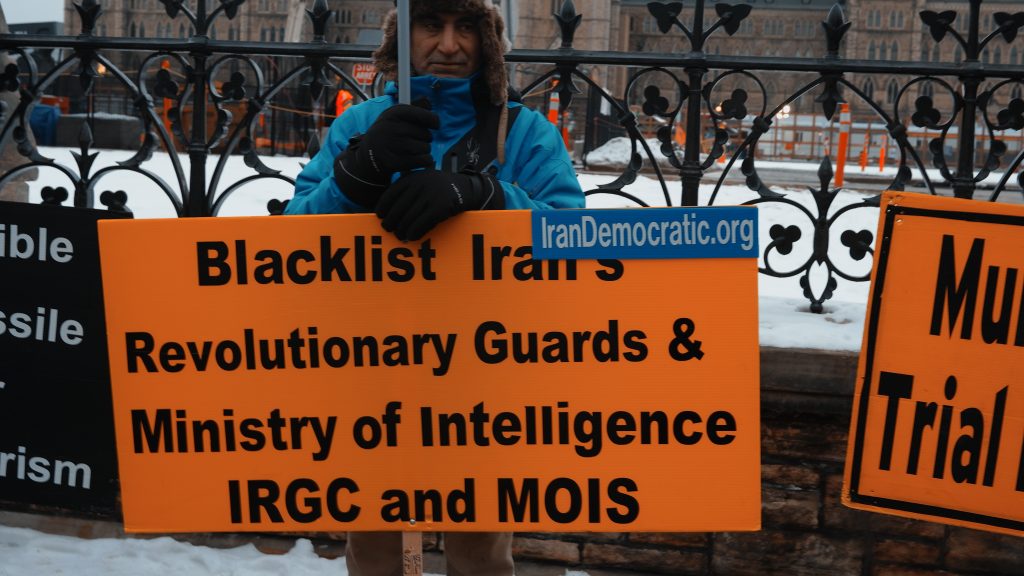 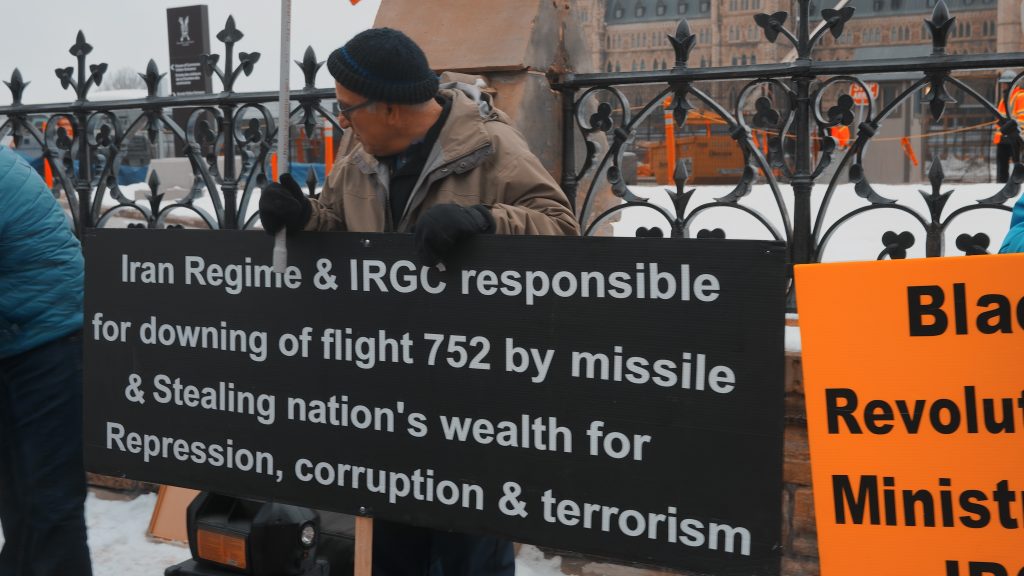 The CBC continues its ‘Voice of the COMINTERN’ propaganda efforts against the US president:

The IRIB is reporting it was a mechanical failure. They’re lying, but even they wouldn’t go so far as to blame Trump.

Watch CBC’s Katie Simpson claim Donald Trump may be responsible for the death of 63 Canadians aboard #FlightPS752 pic.twitter.com/n8NYN0nGkn

Trudeau is asked if the United States is to blame for the downed airliner by setting off a chain of events with the assisination of a senior Iranian general. Read more about this story here: https://t.co/Gd3yWnn9GC pic.twitter.com/YIXVvqWqnN