Wong Wing, a 30 year old flight instructor died suddenly today while away from his home. He is survived by his family, which is his wife and son. He will be missed.

Hu Flung Pu died suddenly this afternoon while seeming to attempt to direct traffic. He is survived by his wife and son and will be severely missed.

Wai So Dim passed away suddenly today while cleaning treads on a government vehicle. No cause of death is known and his family, which consists of his wife and son, are dumbstruck by his sudden passing. he was young and in the peak of good health.

No Pah King mysteriously passed away while just standing still this afternoon enjoying the sunshine. He was known to be in excellent health and people near him at the time say he was an excellent runner. He is survived by his wife and son who expressed deep understanding at Mr. King’s passing. He will be missed.

Hu Yu Hai Ding was discovered dead and mysteriously flat today at a government park. Cause of death not known but there has been an increase in reported deaths of people who are far flatter than is recommended for good health. Hu Yu was 19 at the time of his passing. He is survived by his mother and father, and wife who is expecting a son. The government has issued a warning not to stand near anything that may cause a person to become flatter than normal.

How Long was reported missing today after his wife found him covering a large section of a well known public area. No cause of death is known but it has recently been determined that being young, healthy and athletic with no bad habits actually can be very bad for your health.

Low Fat, a 22 year old nutritionist died suddenly today while sunning himself on a large concrete square. It is now said that sunshine and fresh air can be worse for your health than cigarette smoke and factory air. He is survived by his wife and son. 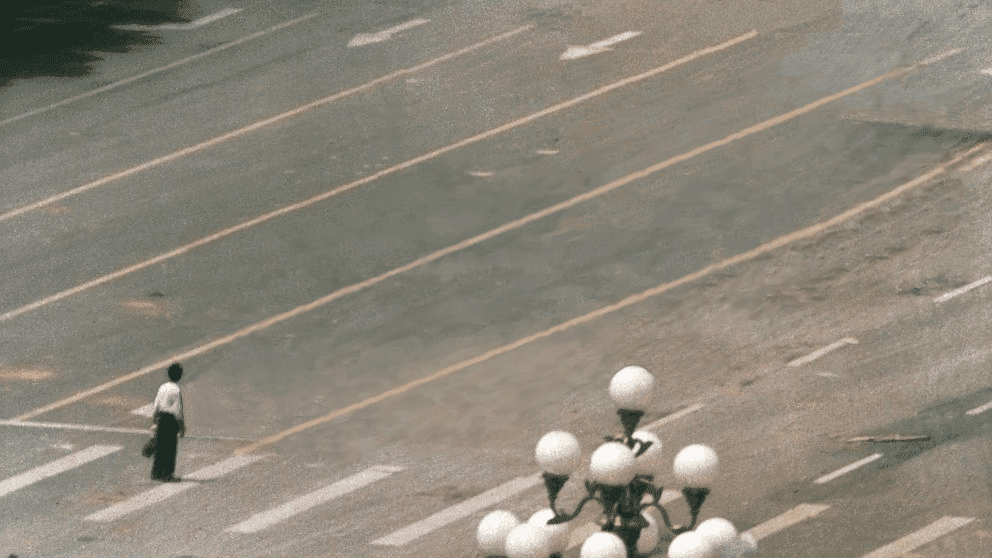 Thank you GatesofVienna.net for this photoshop worthy of CBC, Global, or CTV/CNN

You do realize you wouldn't even be around to do this tweet if Trudeau wasn't in power right? Canadians hate everything about the propaganda machine that calls themselves the CBC. It's only a matter of time before you don't exist.

There has beena. coordinated dialectic attack against the Veteran led event on the War Memorial this weekend, led by the government-media complex. CBC, CTV, Global etc. have been fabricating and enforcing a narrative to try and impugn the Veterans who wish to hold a respect event on Saturday. The following video is to try and defend against this pernicious media information warfare attack.

As Machinehead on Bitchute said, : “If the media was doing the job they pretend they do, neither he nor anybody else should have to ‘clarify’ anything.”

This is an important story by Rebel News journalist, Alexandra Lavoie. She busts the COMINTERN enemy propaganda media machine, CBC, for conspiring with a scam artist to push a critical-theory narrative, what Stephen Coughlin would call, a Maoist Mass line narrative attack, against the Freedom Convoy of truckers that gave hope and joy to hundreds of thousands in Ottawa and across the world this past January and February. CBC omitted relevant information in order to cast aspersions on the Truckers.

There appears to either be a new rule on Parliament hill, selectively enforced for Trudeau. It is interesting that people are threatened with arrest for breaking a rule. I was under the mistaken impression that one had to break a law to be arrested.

Ottawa Police — which the whole world now knows as the most corrupt, partisan and violent police force in Canada — now says it’s “illegal” to have signs/flags that offend Trudeau and you’ll be arrested for waving them. Same rule that Putin has, actually. pic.twitter.com/DZo5Wf7QpV

Today, police hand protesters a piece of paper that says the flag that they’re carrying is offensive and must leave.

You think this is bad? Wait until Bill C36 and Bill C11 pic.twitter.com/1ZC7aNtD81

Here’s a fun fact. Yesterday, some kids, apparently in Australia, hacked the CBC website for some reason. I don’t think they did much if any damage, but they managed to get in and do something. CBC claims the following tweet is from them. If it was, they have it about right as to the quality and integrity of CBC journalism. Its just as likely that CBC tweeted that and blamed it on them though, if CBC’s track record is anything to go by. They literally set out to doxx Canadians who donated to a legal protest with stolen information and emailed them asking for comment.

END_OF_DOCUMENT_TOKEN_TO_BE_REPLACED

This video was shot on the first day of the Ottawa Trucker’s Protest and includes interviews in front of the CBC building on Sparks St. as well as shots from that day of the protest. It was filmed, edited and submitted by a friend of this website. 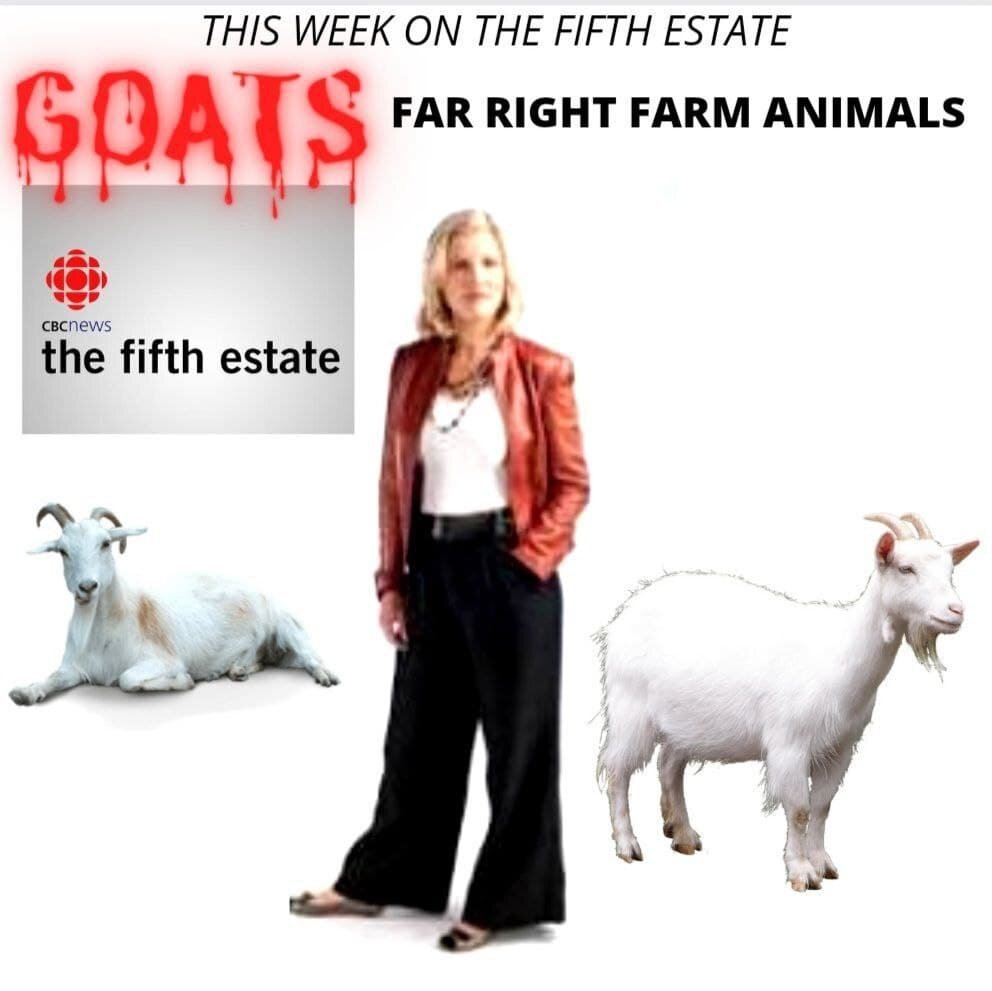 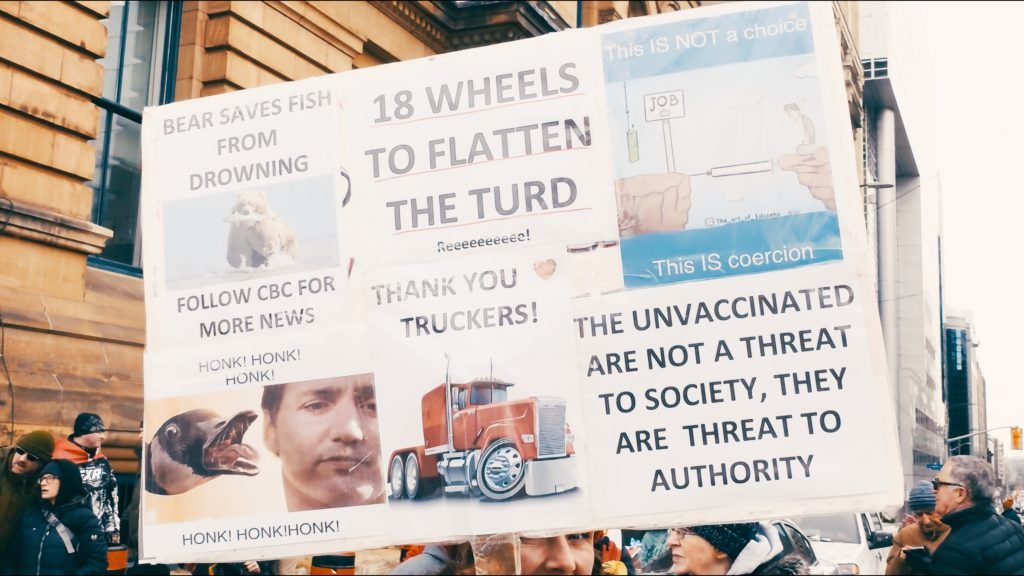 The CBC dig is magnificent

“Fundamentally equivalent to a totalitarian encroachment”.

CBC has earned every bit of the contempt shown to them by the Canadian people. Every bit and a whole lot more.

As it happens, I encountered a CBC reporter on the street today and we had a chat.

He was in fact, such a decent and honest fellow I will not name him, even though he let me photograph his ID. And the reason I won’t, is CBC would most likely admonish or otherwise punish him for the things he said, because they were true.

His bottom line was, “Canadian media really needs to do some soul searching to learn how to regain the trust of the Canadian people”.

This one fellow actually listened to me.

Frankly, CBC needs to be destroyed. There is no fixing it. It is nothing but a University dialectics laboratory. They force narratives on any issue in a way that is worst for Canada as a polity and the Canadian people as an entity and a culture. If CBC employees want to regain the trust of the Canadian public, they should get productive jobs for 10 years where their income is 100% proportional to the wealth they create. Whether its sales, or working on an oil rig. And maybe after that they can try journalism again. Maybe in the private sector.

You know, it’s funny but CBC is trying to make themselves the victims of their own actions. In write-ups here and there, i see them congratulating themselves for taking abuse from the public while doing their job. But never once asking if the abuse was justified. In fact, it’s about a ten thousandth of what they deserve. 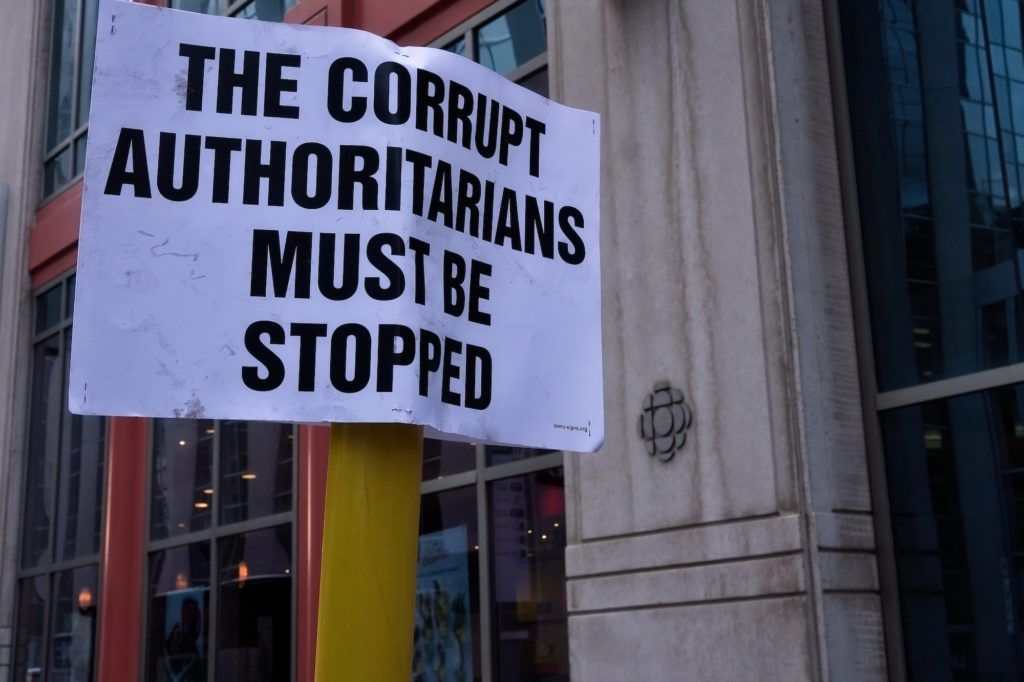 I would like to give them an award though. One they truly deserve and in reality have worked hard to earn. 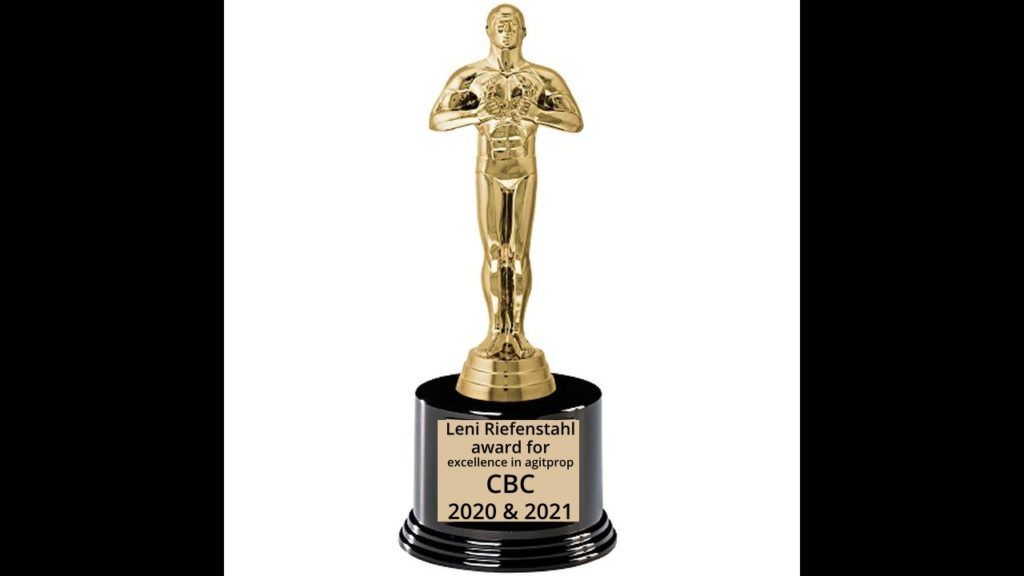 Mostly this is about the stunning international support that the Trucker protest has been getting, in contrast to how the enemy-propaganda media has been treating them. There will be more on that later. We spoke with some other gentlemen at this base camp who detailed some of the horrifyingly dishonest methods the legacy media use to pervert the truth into a Trudopian compliant narrative.

Please click through to RAIR Foundation to see more photos, interviews and videos of this historic action for freedom.

NEW: Truckers are providing meals for the homeless in downtown Ottawa. Zero mainstream media coverage. Organizers also have pop-up pizza ovens cooking food for everyone all over. This is who Trudeau is calling "unacceptable." pic.twitter.com/0uySAyA4iJ

Media reported that protestors defaced the Terry Fox statue, (they hung a sign around it) and denigrated the war memorial by parking 3 cars near it and moved them the moment the police asked them to, and also claim that they stole food from the homeless.