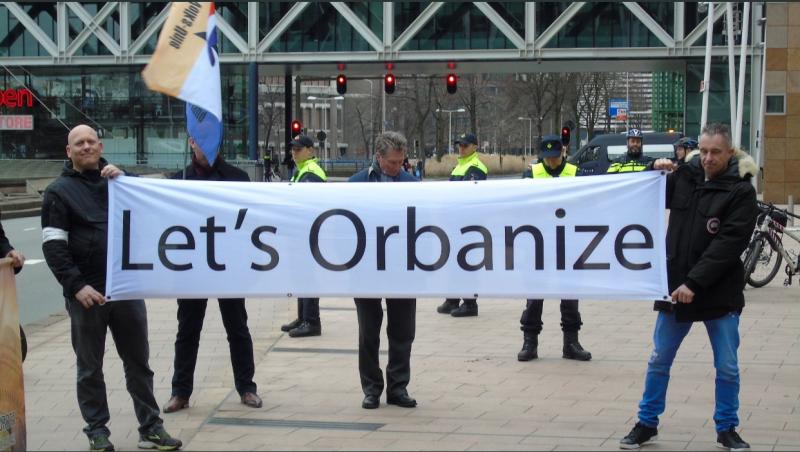 Having just listened to the vast majority of this on the treadmill, it is so excellent, (as we have come to expect from PM Orban) that we felt it had to have its own post.

He addresses economic issues, communism, the polarization of nations in the West due to Leftism, Merkel, and all the subjects of interest to our readers, although at 15 minutes from the end, I have not heard him mention islam yet.

But this is really worth our time. No need to watch, do dishes, bike, anything more or less mindless and this is a joyful experience for those looking to hear a rational leader. No rhetoric. Just information. Orban does not even claim to be a better leader than Salvini etc. etc. He just says that because Hungary does not have a proportional representation system, he can govern with less or no compromise to leftists.

Another POWERFUL reason we must not go to Prop Rep, and another data point showing why Trudeau wanted to move us there.

A few days ago we published some select bits from Hungarian PM, Viktor Orban’s as always excellent, annual state of the nation speech.

Only I had made an error in the editing and unwittingly cut out 4 minutes of his speech. So here it is corrected. Please enjoy and spread.

Apologies to all who watched it the first time and missed some of the point of it.

Everytime I watch a Viktor Orban speech, I find it nostalgic. It reminds me of the time that the media and leadership in Canada was run by adults who had a proper responsible grip on how to run a nation state for the benefit of its people.

In these excerpts of yesterday’s State of the Nation speech, PM Orban explains how George Soros has tried to plunder Hungary no less than three times, and how a populist is a politician who promises what the people want and then does not do it. While a leader that promises what the people want and then actually does it is not populist, but simply democratic.

This is from Viktor’s weekly radio broadcast on Magyar M1, Friday, January 17 2020

Thank you Johnny U., and CrossWare for finding and translating this video for us.

This is the part of his speech on migration and issues of international interest.

Thank you CrossWare for the translation and Gates of Vienna for the edit. It is always such a great pleasure to do Viktor Orban’s speeches.

Johnny U. sent in this report from Hungarian TV:

-migrants by the boatload coming into Italy, to be distributed to other countries
-the Visegrad 4 are refusing all migrants
– uncontrolled immigration proving very dangerous
– Hungary does not agree with EU immigration policies and wants to defend all European borders on dry land and sea
– 8 boats brought 350 migrants to Lesbos
– come especially at night under cover of darkness

This starts slow, but it is worth your time.

I am reliably informed that this Chrome browser-extension can allow people to download video from bit.tube.

For those of you looking to grab our videos and upload them to your own platforms like FB., Youtube, Twitter etc. Please see if this works for you.

All we ask is that you upload the videos intact with no editing and in the case of Twitter where time limits you, make sure you preserve the intention of the clip.

I am busy restoring some of the videos that were lost to the public when Youtube swept me up in its purge of all people who do not echo the cultural Marxist narrative.

For this who are interested in being able to access them all, please consider signing up for bit.tube and then subscribing to our channel over there.

This would be very encouraging for myself and the whole team that translates so many videos nearly every day for years and years.

It helps a great deal to know lots of people are interested in seeing the side of the news that frankly, the anglosphere is denied. So often we present pure, court-worthy evidence that newspapers like the New York Times out and out lie about what politicians say and how events play out, and even how they back a bona fide Nazi party like they did in Hungary just to oppose Viktor Orban.

We translate the source material openly so you can all see what the difference is between what is out the window, and what is on TV.