After a long month of court dates, the verdict for the Austrian Generation Identity trial is finally in:
NOT guilty of hate speech.
NOT guilty of being a criminal organization.
The boys are FREE!#ÖsterreichIstFrei #Vindicated pic.twitter.com/19lgpG1ft3

A US congressman has said that anyone who is a “radicalised Islamic suspect” should be killed. “Every conceivable measure should be engaged to hunt them down,” said Republican Clay Higgins, from Louisiana, in the aftermath of the London Bridge terror attack. Writing on a Facebook page belonging to his campaign one day after seven people were killed in the capital, the congressman elected in 2016, said: “Hunt them, identify them, and kill them. Kill them all. For the sake of all that is good and righteous. Kill them all.” 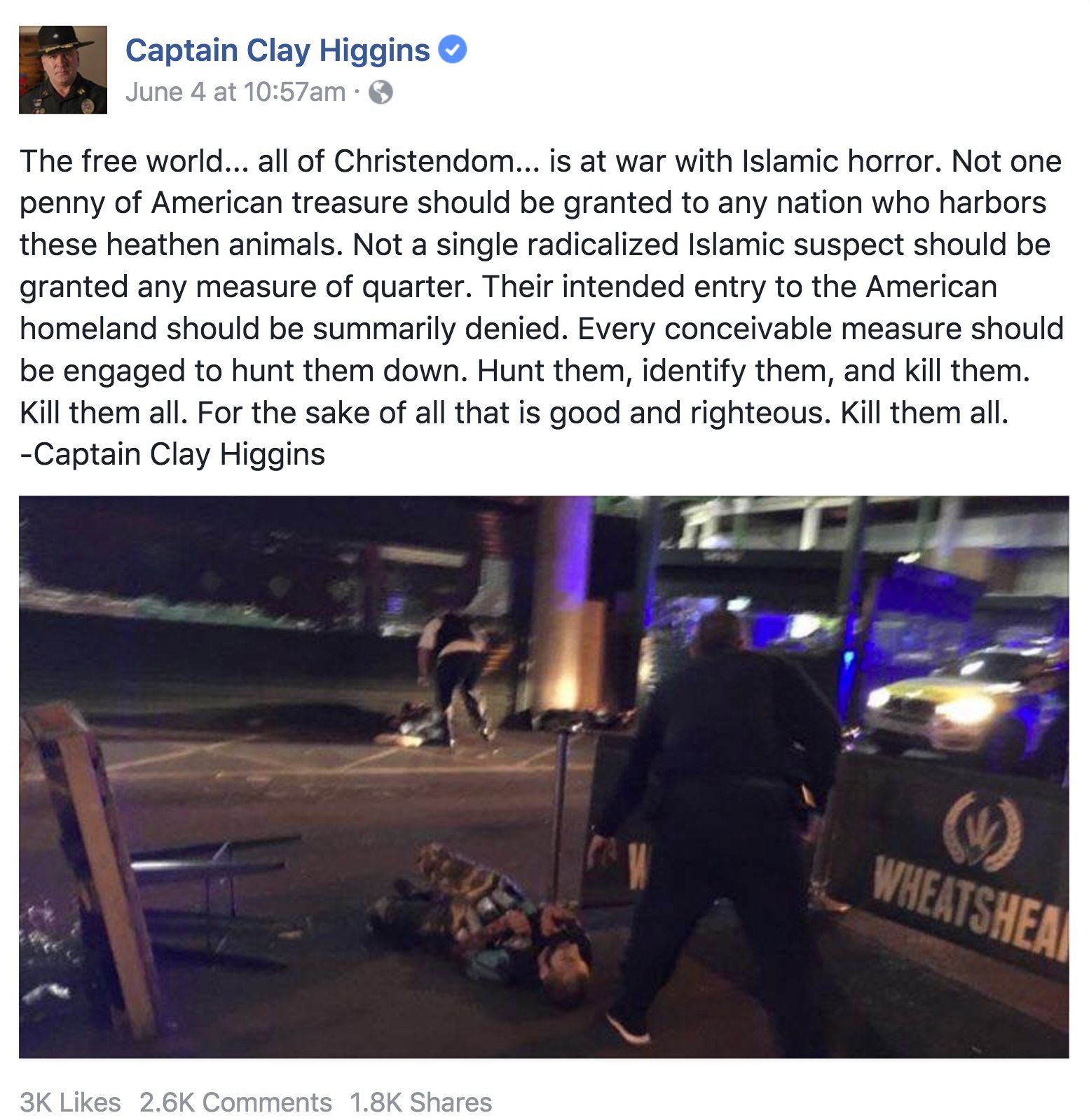 I think its safe to say that Robert Mitchum would agree with him.

And so would the majority of people back in the day when you could identify an enemy who were a clear and existential threat to you, and actually fight back to win.

Compare what this congressman says, to the UK government, who consistently avoid doing or saying anything that might actually be effective, preferring instead to reenforce the enemy narrative while doing a little catch-and-release, political theatre after each attack.

Trudeau in Canada of course is even more bizarre with his “If you fight them they win” detraction from reality.

This man needs visible support even if it seems that there is risk attached to that support. This is a war fought first, and even foremost, on cultural grounds and we are losing that aspect of it, so the kinetic one isn’t even necessary for the enemies to win.

If we manage to give ourselves permission to actually fight back, we win in no time flat.

Remember how one man with a stick in Berkeley changed the dynamic with ANTIFA everywhere after that.

Now, police keep ANTIFA in check, remove masks at some locations and arrest them when they commit crimes against public order. This started once it became clear that the rest of us might actually be ready to defend ourselves.