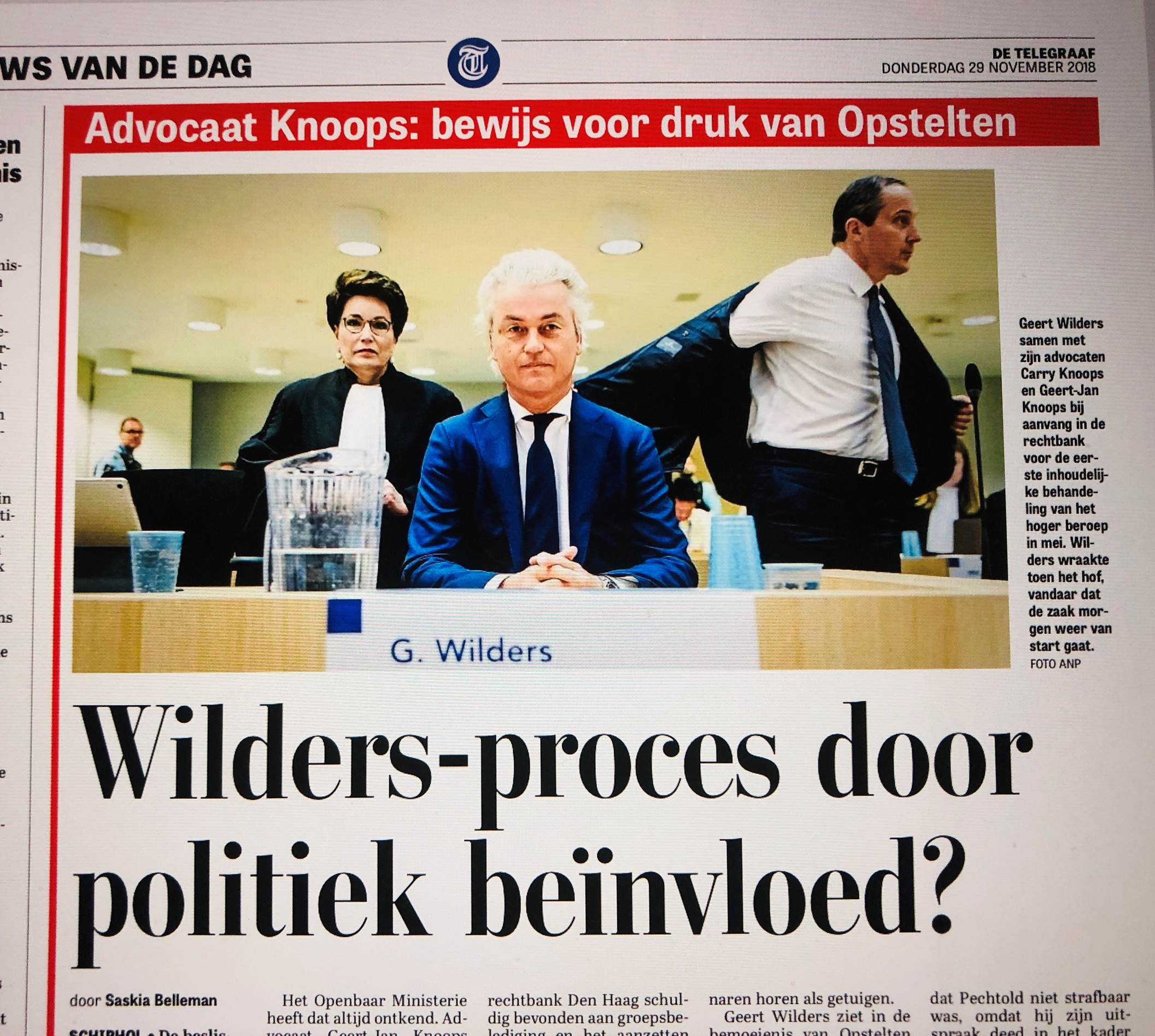 Accepted the invitation to be on stage with Tommy Robinson outside the Old Bailey Court next Tuesday in London to support this brave British hero.

And the British authorities also refused and denied the formal request of the Dutch authorities to grant weapon permits for my Dutch police detail so unfortunately I cannot attend.

They won’t be able to stop me supporting #TommyRobinson though. He is a true hero! pic.twitter.com/Hi3YGvgeTh

If it was a bit longer, popcorn might be in order.

Oz-Rita found and translated the following from a German news site:

Death of an Islam critic rouses the Netherlands

Willie Dille claimed to have been raped and threatened by Muslims. Then she took her own life. However, there is no evidence, nor did she press charges. The case remains a mystery.

The Hague. In the middle of the summer break, a political tragedy is taking place in The Hague. Prominent PVV politician Willie Dille took her own life on Wednesday evening, her family announced on Thursday. The mother of four became 53 years old.

Willie Dille had dominated the headlines in the Netherlands hours before her death after placing a video on her Facebook page. In it she claimed she had been raped by a group of Muslims a year ago. She had been silent for a long time. But now she was being threatened by Moroccans. She was to be gagged. “They came to my car and said we will slit your throat (….) I am now also afraid for my children that something could be done to them. That’s why I’m talking now. They want to muzzle me.”

Her video triggered a heated debate and many reactions in the social and established media. Those who supported Dille had called for an investigation into the allegations of rape and the threat to the politician. Because Willie Dille accused Arnoud van Doorn in particular of having commissioned the rape and the threat from extreme Muslims. The converted Doorn is currently chairman of the Islamic Party in The Hague, but was formerly a PVV member and in this capacity an employee of Dille.

She had fired him, though. “He hates me,” Dille said in her video. Doorn announced in a Twitter message that he might accuse Dille of slander and libel.

Critics claimed Willie Dille invented rape to denigrate Muslims. Dille was a strong critic of Islam, like most politicians and members of the Freedom Party PVV, which was founded by the Islam critic Geert Wilders.

One will probably never know whether Dille was actually raped by Muslims or not. But the Hague police reported after her death that she had not filed a rape charge. This raises questions about the credibility of Dilles’ accounts, critics say.

Geert Wilders himself expressed his condolences to the von Dille family on Thursday and twittered: “She was a fantastic colleague who always watched out for her fellow men, especially for the youth. Her loss cannot be described in words. We will miss her enormously. We wish her partner and her children a lot of strength.”

Fox News has the story here as well

C has provided us with details and corrections on this important and WAY under-reported story.

Small correction, she was an ex-MP. Left parliament in 2012, was active in the Hague’s city council after that.
Police says she didn’t file charges, but she did talk to them about the alleged rape. There wasn’t enoug to start a case, according to the DA.
The man she claims was behind it, Arnoud van Doorn, is indeed a nasty piece of work. Did time for selling drugs to minors and possession of a firearm. Converted in the As Soennah mosque (the Hague), a salafist hotbed. Suddenly drove around in expensive cars.. Has ties with Qatar and Kuwait, and the Saudi royal house. Mediator between mosques and donors worldwide, a kind of glorified money mule. Says he wants less transparency when it comes to funding: “we want to be more shady”. A short expose (in dutch):