The following is from Dr. VanHelsing:

“On May 4th, the Dutch people remember those who were killed during WWII, both civil and military victims.

The prisoners are shouting ‘allahu akbar’. It turns out that these were convicted terrorists of the islamic faith who are held in the high safety wing of the prison, also known as the terrorist wing.”

Thank you C. And Dr. VanHelsing

“The attacker was reportedly identified as a Belgian citizen, Benjamin Herman, born in 1982, already known to the police for a number of criminal cases, according to RTL info.

He recently left prison, where he contacted extremist prisoners, the agency asserts.”

(I wonder wonder what, an extremist prisoner, might be. One would think that being in prison might suggest a degree of extremism alone, would it not?)

The Express has it here as well:

The gunman opened fire on a police patrol in the centre of Liege, Belgium, killing two officers, both female, and a male passer-by.

He is believed to have then taken a woman hostage in a school as more police rushed to the scene.

The city’s public prosecutor confirmed the attack was being investigated as a terrorist incident.

He said the man attacked the two officers from behind with a knife, took one of their guns and shot them both dead. He also shot dead a young man who was the passenger in a parked car and took refuge in a school where he was killed in a subsequent gunfight during which several other police were wounded.

æLa Libre Belgique newspaper quoted a police source as saying the gunman shouted “Allahu Akbar” – “God is greatest” in Arabic – and RTBF said investigators believed the attacker may well have had a terrorist motive.”

More as it becomes available.

Upon reading this, we were reminded that Tommy Robinson, too, was attacked with boiling water in prison (Tommy Robinson: Assault Case May Be Reopened, Gates of Vienna, May 04, 2016).

An original translation from Focus:

The two officers allegedly suffered severe scalding. They were taken to a special hospital via helicopter. They are not in critical condition.

This is reported by „Bild“ newspaper. Accordingly, the attacker is a German who converted to Islam and who is under terror suspicion. According to the report, the young man tried to acquire weapons and explosives. He is accused of having prepared a grave subversive crime. According to „Bild“, he was arrested already in summer 2016. His trial began in December.

Police Started Investigations
The facility’s leader, Joachim Güttler, told the newspaper: „He refused to leave his room. Even his caretaker, with whom he got along very well, could not convince him. Suddenly, the attack happened.“

According to the report, the 17-year-old used a water cooker in his room to boil the water.

A speaker of the Ministry of Justice North Rhine Westphalia condemned the attack. He said to „Bild“ that attacks on officers were based on „an attitude of hostility towards the state“. Police took up investigations for grave battery.

Translator’s note:
According to a report by Die Welt in February 2017, approximately 3,500 (22%) of the 16,000 inmates in prisons in North-Rhine Westphalia were Muslim. 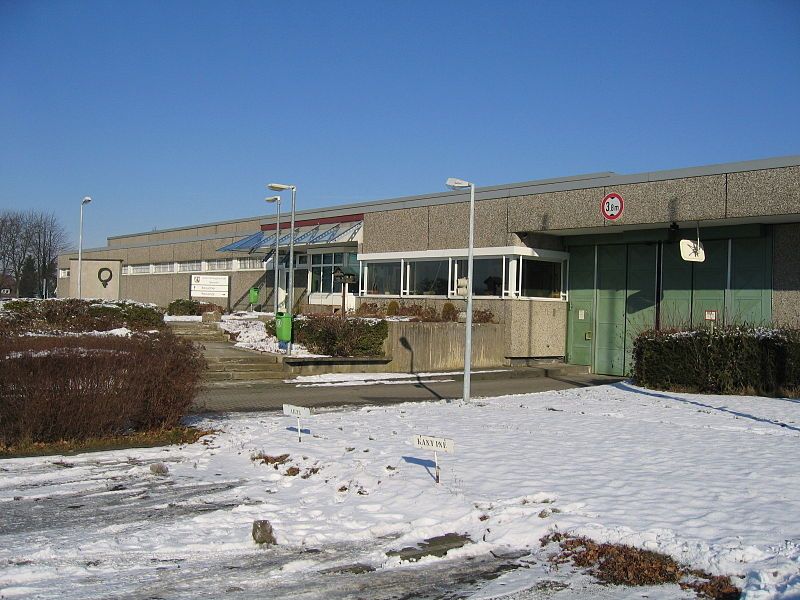 With prisons at 180% capacity and a prison population hostile to every aspect of French culture, this is no surprise. TV report below and Gates of Vienna link to story here.

An original translation by Ava Lon with many thanks!

More than 350 prison guards blocked the prison in Fleury-Mérogis (Essonne) on Monday night to protest the recent assault of six guards in the largest prison in Europe, undermined by prison overcrowding and lack of personnel.

The demonstrators, with placards reading “Fire, penance burns”, “Overpopulation, understaffing, danger” and some inviting presidential candidates to visit them, set up barricades from 7:30pm on the only route that leads to the prison, said an AFP journalist.

The facility is currently filled to 180% of its capacity. It houses more than 4,200 detainees, and nearly 150 staffing posts are vacant, according to trade unions.

“The situation is simply unbearable. This aggression is the straw that broke the camel’s back”, said Olivier Legentil, of the union UFAP-UNSa Justice (majority).

On Thursday, six prison guards were wounded by eight minors during an altercation between detainees that degenerated into a fight.

Tommy Robinson is organizing a march under the banner of the EDL to raise awareness of the man sentenced to death by muslim in a British jail for the crime of littering.

Will you march with us in Bristol in protest at #kevincrehans death. Murdered by political correctness

As Kevin loved the EDL I think it’s only right that the march should be under the banner of the EDL .

Even child rapists are kept in a special wing to keep them safe. But littering near a mosque? Thats a death sentence in the new UK.

The following is a comment left by Perfect Child under this multi item post where I ended it with a few thoughts about the man who died in prison while serving a 1 year sentence for what in reality should be considered littering. 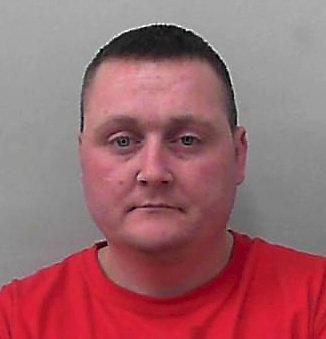 “A MAN put behind bars for a racist attack on a mosque earlier this year has died in prison.”

Let that sink in. The mosque was attacked for racial purposes.

This is what YASMIN JEFFERY of the Sun newspaper reported.

As we are very familiar with Islamists’ attacking and destroying religious property, so YASMIN is equating this as exactly the same.

“The gang left rashers of bacon on the door handles of the mosque, and put bacon sandwiches on the doorstep.”
“CCTV footage of the racially motivated attack depicted two men standing by a St George flag with “no mosques” written on it.”

This was incredibly restrained.  There was no property damage.  Two bacon sandwiches lay on the floor. Bacon smeared on handles.  A teeshirt sentiment wanting “no mosques.”

Where was the racism?  Their target was the ridiculously dangerous propagation of Islam.  A Femen sacrilege-statement, and not a Martin Luther Reformation notice.

The same intent as George and Mildred’s Christ Art.Apart from trespass, a minor clean up and hurt feelings that may be claimed for, nothing happened.  In the morning, the Imam would be outraged, filled with the fear of retribution for the Jihad attacks in Berlin and Paris and demand police protection.

This was a political protest.  The humor lost on those who cast the spirit of pigs back into their own heads.

Which means they are now (minus 1) British political prisoners.

Article above taken from a comment by Perfect Child.

This site has a whole category on this issue. Prisons are basically mosques fully funded by the state instead of just partially. If you get sent to many prisons you pretty much have to become muslim to survive. With the violent and thuggish types, this sticks.

Lots to say about this. For the moment suffice it to say this is what happens when you treat a military problem like a law and order one.

Here is an Ottawa Citizen article on islam in prisons in Canada that is quite good. I will excerpt a couple of bits but the whole article is well worth the time and effort. Below that, testimony that was given yesterday, May 4 – 2015, by a veteran psychologist on Mohamed Shafia, the man who murdered one of his wives and a few daughters with the assistance of one of his sons if memory serves, and his impact on a high security prison in Kingston On.

Kingston Penitentiary was already a very scary place the day Mohammad Shafia walked into the joint.

The Montrealer was convicted for the 2009 murders of his three daughters and first wife in a barbaric “honour killing” in which the women were incapacitated and dumped into the Rideau Canal near Kingston. In Shafia’s twisted interpretation of Islam, his daughters were too Western, had brought shame upon the family and therefore had to die.

It wasn’t long before he unleashed another reign of religious terror at the notorious slammer, a jailhouse insider revealed Monday.

(The Citizen claims Shafia has a “twisted interpretation of islam” but utterly neglects to say how exactly, it is twisted. Reliance of the Traveler specifically gives permission to muslims to murder children if they are not submissive to islamic rule)

One, a Christian, “felt so intimated by Shafia and some of his lieutenants that he chose to give up his relative freedom of movement on the range and in the general population for a much more restricted life on a social isolation range. He advised me that confinement was worth it to avoid the hassle of dealing with ‘the Muslims.’

Jesus H when will they stop treating islamic action in non-muslim countries as what it is, war, and not crime.

Prison staff feared their colleague, locked in a room and being attacked by crazed extremists, was facing the same gruesome death as murdered soldier Lee Rigby.

Leading the thugs was al-Qaeda fanatic Parviz Khan, serving life for plotting to behead a Muslim member of the Army – and thought to be the inspiration for last week’s horrific slaughter.

The terrified officer, in his 30s, was finally freed by a specialist riot squad who stormed the room where he was held for five hours and beaten mercilessly by the extremists, who told him he would die.

And the vicious assault was sparked by a simple call from a prison imam to pray for drummer Lee who was ­butchered in the street last week near his barracks in ­Woolwich, South East London.

Khan flew into a rage at the request, insisting the 25-year-old’s murder was justified.

Recruiting two fellow Muslims, an African-born fanatic and a British convert, they kidnapped the guard on Sunday and bundled him into a cleaning room at Full Sutton jail near York.

Once inside, he was battered senseless with mop handles. The yobs threatened to pour caustic toilet cleaner into his eyes.

I know what they mean about the inmates “embracing extremism if they feel discriminated against”. Just think of all the Catholics that converted to Protestantism due to persecution and discrimination.

The real problem is the people who are intimidated and forced to convert in prisons.

THE Chief Inspector of Prisons has warned more needs to be done to tackle simmering religious and racial tensions in a high security jail in Yorkshire which houses some of the country’s most dangerous inmates.

A report published today has highlighted a growing resentment among Muslim prisoners detained at HMP Full Sutton, near York, who believe they are being persecuted by staff and other inmates because of their beliefs.

Concerns have already been voiced that perceived injustices among prisoners could lead to them embracing extremism on their release and heighten the risk of terrorist attacks.

The Chief Inspector of Prisons, Nick Hardwick, has stressed that concerted efforts need to be undertaken to counter accusations from Muslim and ethnic minority inmates that they are being discriminated against.