France’s Eric Zemmour speaks to many of the same points from a secualr point of view:

Here is the first of a few exceptional short clips from Eric Zemmour. Thank you MissPiggy for the work on these.

Please click through to RAIR Foundation for the text and story.

This appears to be a short excerpt from a longer video.

This is a stunner. Let us all hope he is correct. This may be the best news of the past decade if true. And after that, maybe they can rebuild Notre Dame to spec.

Here is an except from the Breitbart article:

The far-left French activist group SOS Racisme has begun targetting advertisers of French newspaper Le Figaro after one of its writers, philosopher Eric Zemmour, made a controversial speech on Islam and immigration.

The group began targetting the newspaper advertisers on social media last week, posting several pictures of the magazine Madame Figaro, a women’s magazine published by the paper and a supplement to the paper’s Saturday editions.

The tweets, which targetted iconic French fashion brand Chanel, the owners of Louis Vuitton LVMH, and luxury Swiss watchmaker Rolex, stated, “thanks to your adverts, you are financing the Le Figaro group who is employing Eric Zemmour, a journalist condemned for incitement to racial and religious hatred and who now calls for racist violence. How about it? Do your clients know that?”

The speech, which has been fully translated into English by U.S. blog The American Conservative, is a lengthy polemic on mass migration and Islamisation. In it, Zemmour calls the present migratory flows to Europe a reverse colonisation and said the process was a “double jeopardy”, because in his opinion the difficulties of mass migration are compounded by a resurgent Islam.

There is much more at BB.com. But below, are the two segments we translated already. We may do more.

Thank you Ava Lon for the translation.

The French prime minister has denounced the writer and journalist’s racist remarks. 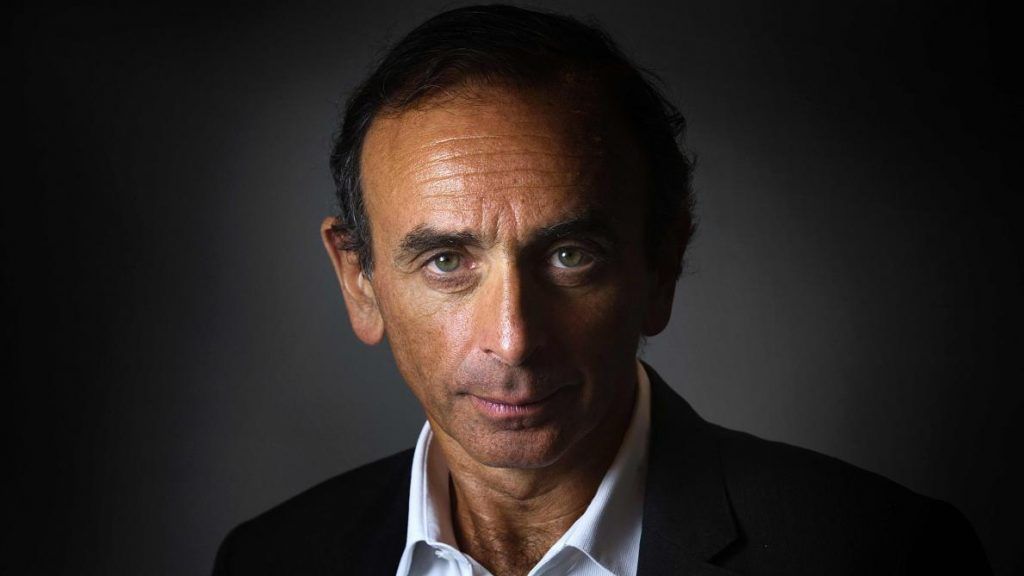 Rabat – The Paris prosecutor opened an investigation into Eric Zemmour’s remarks at the “Convention of the Right” on Saturday, September 28.

Zemmour’s speech attacking immigrants, whom he qualified as “colonizers,” and “Islamization in the streets” has led to the opening of an investigation.

The Human Crime Suppression Brigade (BRDP) is carrying out the investigation, according to the French Press Agency (AFP).

The French writer’s speech was broadcast live by the news channel LCI at the “Convention of the right” organized in Paris by the far-right MP Marion Marechal and his relatives.

During his speech, Zemmour said that a “Muslim immigrants” are carrying out a “large replacement” of the predominantly white and Chrisitan French population.

“Will young French people accept to live in a minority on the land of their ancestors?” pointed out Zemmour, who was convicted for provoking religious hatred on September 17.

Although we hope to have the lion’s share of the whole speech done and posted with English subtitles tomorrow, here is the brief bit we selected as a trailer where Mr. Zemmour spoke with heavy sarcasm about why the French should be happy with the ongoing destruction of their culture and heritage:

Here are some older clips of Eric Zemmour from our archives:

Thank you Wrath of Khan

Here is a tweet from the same police officer who broke the news that the Paris senior police officer that killed at least two of his colleagues was a convert to Islam, we also see this: 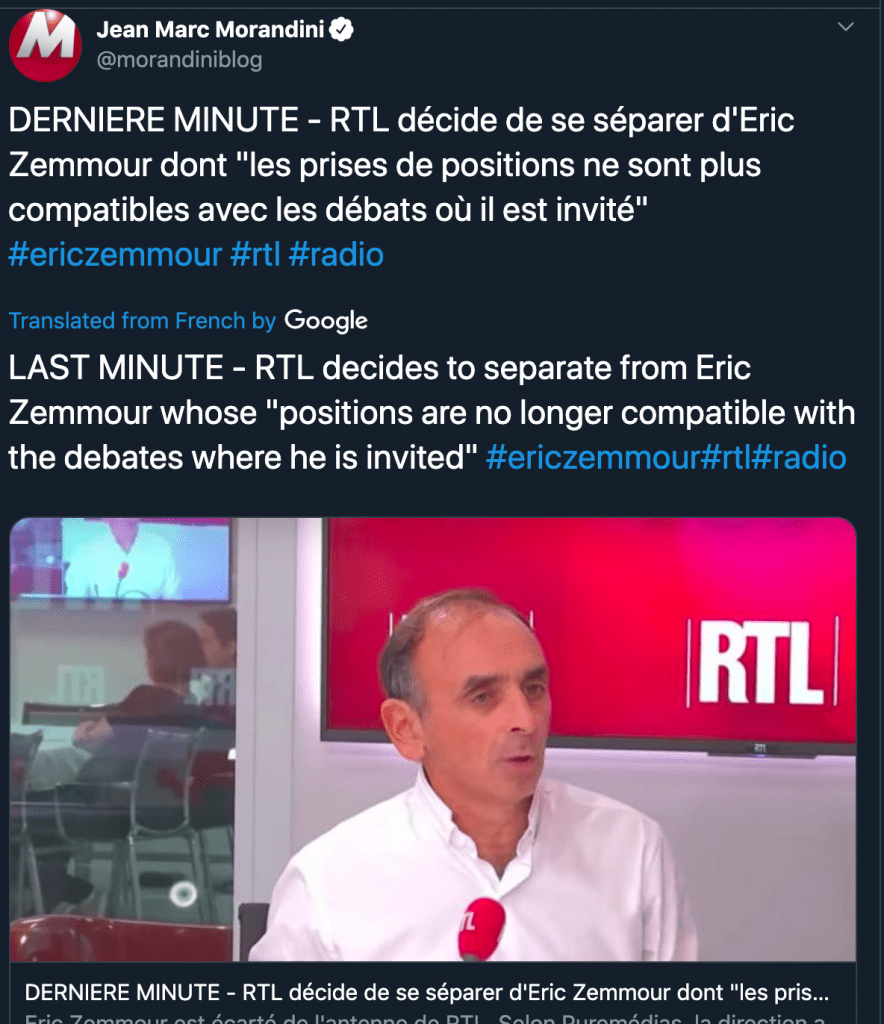 This refers to the fact that French and secular Jewish intellectual, Eric Zemmour, has been charged with a criminal offence for a speech he gave a few days ago, a brief excerpt of which was posted here and we post again.

Yes. The blood is still flowing from French police women, killed by an affirmative action, muslim policeman in an act of jihad, but the French state is gallantly working at jailing a man who has been warning us about all of this for many years. Eric Zemmour.

Ava Lon is diligently working on translating his whole speech. We hope that you will all watch it and help it go viral when it is done. If we do not pay attention to those who knowingly go to jail for speaking the truth for the benefit of all freedom loving people, then we don’t deserve the freedoms they are trying to help us protect.

I do not have the full story on this yet, but the French intellectual of the resistance, Eric Zemmour, who has faced criminal charges for “hate speech” in the past (which in a rather brilliant example of what that really means, any speech which interferes with the socialist agenda, or the secular equivalent of blasphemy laws,) gave a half hour speech in France recently of which this is a short excerpt. I am informed that he was either arrested or at least criminally charged for delivering this speech as well.

This is just a short teaser. We hope to have the whole thing done over the week.

Eric Zemmour is also Jewish. I only mention it because the enemies of reality paint Jews as the ones orchestrating the socialist death of liberty. It should be noted that any person who is ethnically Jewish and does so, their actions are not informed by their Judaism, but by their communist politics and beliefs. Eric Zemmour is a great champion of freedom and has paid a price for that, and continues to pay it.

Thank you Ava Lon for doing this segment so quickly.

Part I is here:

Thank you Ava Lon for the work on this!