An original translation. by Ava Lon with much thanks! 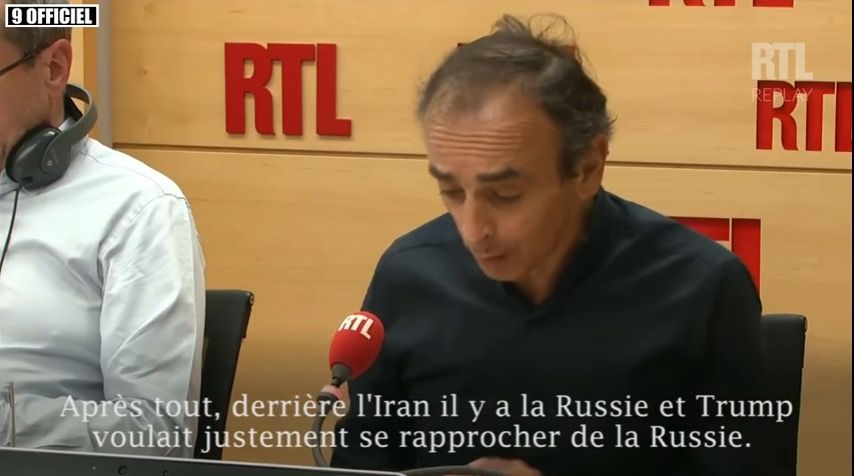 During the broadcast on France 5, he had in particular considered that it was necessary to give the Muslims “the choice between Islam and France”.

He had also argued that “all Muslims, whether they say it or not,” regarded the jihadists as “good Muslims.”

The Correctional Court of Paris ruled that the remarks made are “undoubtedly serious”, Eric Zemmour “stigmatizing on several occasions and in particularly violent and peremptory terms, a community taken in its entirety”.

In addition to the fine, he was ordered to pay one euro in damages to CAPJPO EuroPalestine, which had initiated the proceedings, and 2,000 euros for legal costs.

Eric Zemmour has already been convicted in 2011 for incitement to hatred, after telling television that “most drug dealers are black and Arab, that’s how it is, it’s a fact.”

More recently, the Court of Appeal of Paris confirmed last November its sentencing to 3,000 euros of fine for statements considered Islamophobic in the Italian newspaper Corriere della sera. He appealed in cassation.

Here is the interview which Eric Zemmour was convicted for:

Granted, most of that Post Modernist BS came from earlier French intellectuals. But France is paying a dear price for it.

Translation by Ava Lon with much thanks.