No idea if this article is true or not. But the basics still matter even if this example is entirely fictional.

Truck drivers have spent the last year on the front line of a global pandemic and protests. Now many are fearful of what might happen if police departs disband or are defunded.

Truck drives have been voicing their concerns on the CDLLife App. After reading about their concerns, CDLLife posted a poll on the app.

We asked drivers on the app, “Would you pick up/deliver to cities with defunded or disbanded police departments? Why or why not?”

To date, 77% of drivers say they will refuse loads to cities with disbanded or defunded police departments.

(The reasons given follow at the link above and make good sense.)

This was in 2010 and is video 7 in the series on No-Go-Zones in The Netherlands.

This is the 4th instalment in the C. files of what is almost certainly in every case, Islamic abuse of Dutch emergency workers. These videos span from 2017 to present.

Here is a great example of how contempt looks for a host population by an illegal. Notice his transparent tricks to avoid arrest for something or other. The best bit is what he says about the ambulance sent to help him.

Part of the series of videos from 2017 approaching the present, here is the second video in the series translated by C. on how most certainly islamic migrants, the majority of which are likely Moroccan, create no-go-zones by attacking ambulance, fire and police staff.

Thank you C. for the fantastic finds and translations on these videos. This is the first in a series which show the real consequences of Muslim no go zones in Europe. And of course, truth is now illegal in the West, so they do not specify who is responsible. But as there is not a recorded crime against emergency crews before the muslim invasion of the West, and as these attacks primarily happen in Islamic areas, anyone who doesn’t get it should probably consider a career licking stamps.

*ERRATA* I made an incorrect assumption when writing this that the police in the Leeds area are the London police. They are not. The error is mine from a bad assumption on incorrect geography.

Below is an early 2010 or 2011 video of the Finsbury Mosque imam at that time, Abu Hamza the Egyptian, now hopefully trying to feed himself with his hook in a US prison.

The following attack on riot police might be more significant as this area listed in the article has a large percentage of muslims while Finsbury is islamic and black.

Special thanks to Peter Mcloughlin for his help with this.

Who knew it could be fixed with a simple sign!

On the other hand, when you go from all-go zones, to no-go zones, to zones where one expects you can go, well you have quite a problem don’t you? Like free speech zones on college campuses.

This first map is of Islamic concentration in the greater London area. If someone is familiar with the city, could they please grab this map, put the names of the places listed on the second map and send the image back in? 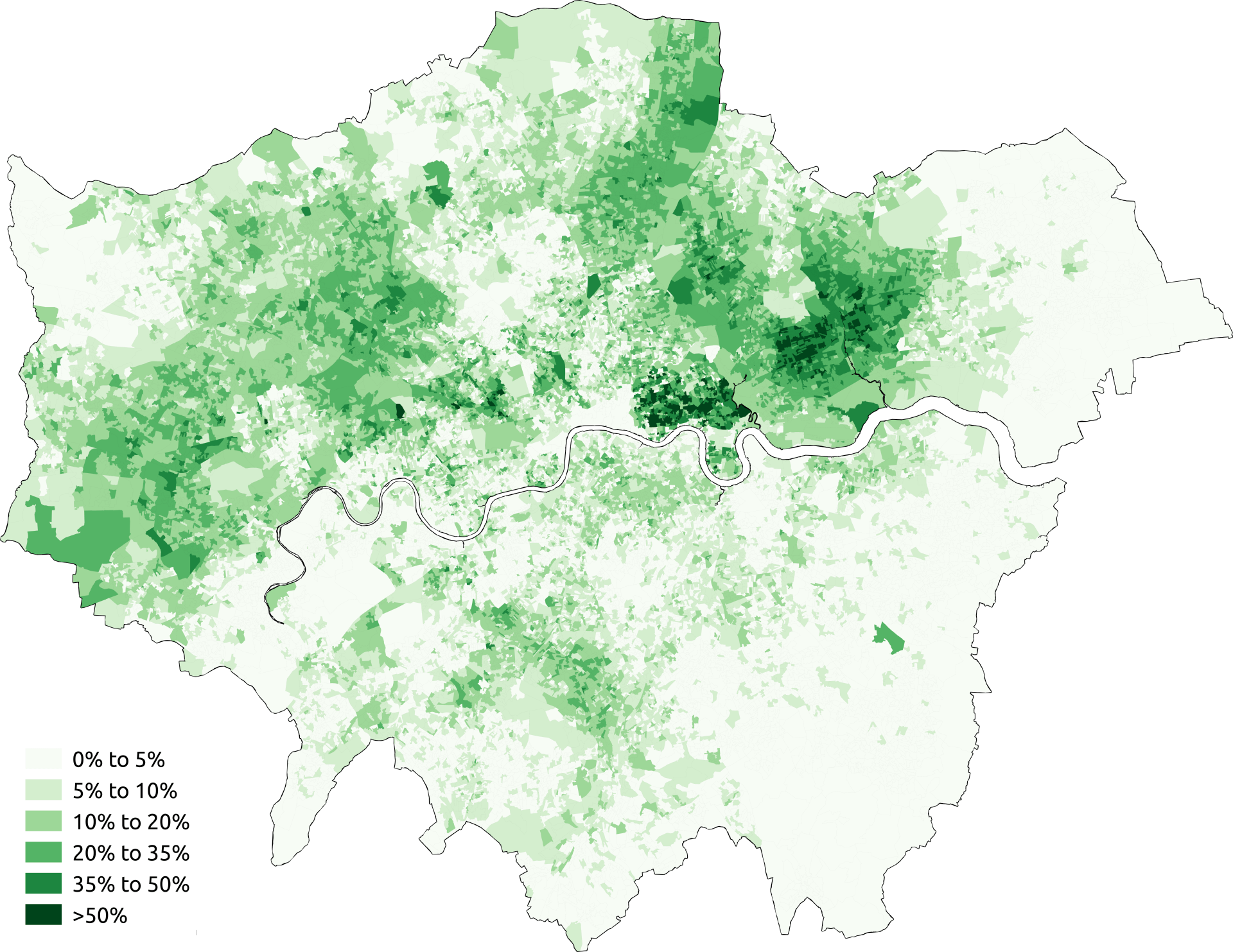 Now The Sun map of acid throwing no-go zones for certain services and classes of people at night. Women and delivery people for example. 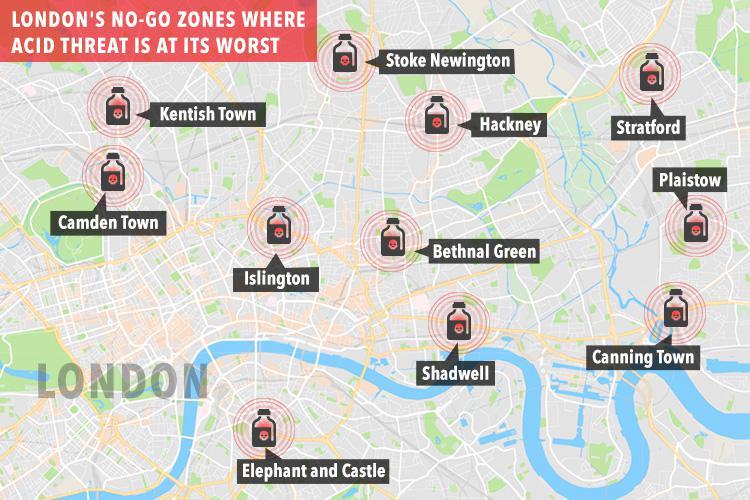 Related article about another area cleft in twain by lots of Islamic enrichment.

BRADFORD is “heading towards disaster” and the Council has allowed racial hatred and the perception of fear to “become a real problem”, the chairman of a scrutiny committee has warned.

Councillor Arshad Hussain, who chairs Bradford Council’s corporate overview and scrutiny committee, said there were”many areas in this city” where people were afraid to go, depending on their ethnicity.

Cllr Hussain (Lab, Toller) branded the situation a “horrible state of affairs” as the committee discussed a new report on community cohesion and how the Council’s diversity and cohesion team was working to strengthen community relations. The report said the team was working with all religious groups and other organisations in its response to the Louise Casey report on opportunity and integration, which gives recommendations to the government.

The problem is that Islamic values are not miscible with Western values. Muslims say this, Islamic scripture is extremely clear about this and in some ways, this is the entire Raison D’être of Islamic scripture.

Only leftists insist on pretending it is, in order to more easily use Islam and its adherents as battering rams against the very civilization that leftists and muslims jointly seek to destroy. It is quite simple.

France has swapped out a national border for a growing number of borders ranging from whole neighbourhoods to small ones just big enough to encompass the Louvre and the Eiffel Tower. Clearly this was the left’s plan to create their utopia. but the rest of us could at least notice its happening.