#Brexit won't mean a thing if you don't fix the crazy PC dictatorship you have in your parliament.

The British police are now persecuting people who haven't even committed any crimes but have conservative views and share them on social media. #Orwell would be proud.#UKisAjoke pic.twitter.com/Kbp8JJKb3i

I figured I would get mine in before all you guys do. And PLEASE DO!

There once was a cop from North Humberside

Arrested a docker who made tranny cry.

It wasn’t a crime but the cops had the time

“The Nation of Law Must Not Be Sacrificed For the Protection of the Citizens.

Germany will have to learn to live with deeds like in Hamburg.”

This display of postmodernism is so brilliant that we weren’t sure it wasn’t in fact a parody. But as Der Tagesspiegel are at the very forefront of German ‘Progressivism’, they are probably serious. 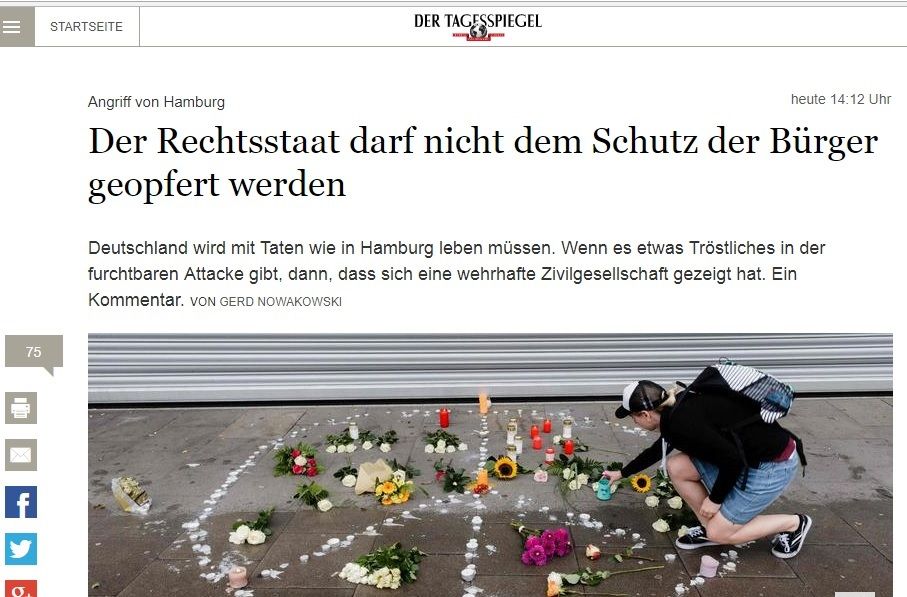 We reported on Friday’s Mujahid attack in a Hamburg Edeka supermarket here:
Hamburg Jihadi a Palestinian Refugee
and: Joint Press Conference of the Interior Senate and the Police of Hamburg.

This is a much more important story than most that you will find on the MSM this week. Please help make people aware of it.

Write up at The Rebel here:

1. Aussie Khaled Sharrouf teaches sons to torture girls after he rapes them SYDNEY’S Islamic State butchers Khaled Sharrouf and Mohamed Elomar have been accused of buying, raping and torturing Yazidi slave girls in Syria and teaching their young children how to torture the girls.

One woman has described how Sharrouf’s children threatened to behead them and film their deaths.

“(They) said that they would make a video while cutting off our heads,” the woman, who says she was bought as a slave by Sharrouf told the ABC’s 7.30 Report last night.

(How very curious. None of them are muslim though. Sucks to be a Gypsy mass rapist and pimp of child sex slaves I guess.)

4. Obama Will Not Attend 70th Anniversary of Auschwitz Liberation

(Someone needs to write a book of things Obama didn’t go to. The US general who was killed in Afghanistan, that was another thing the White House did not attend)

Treasury Secretary Jack Lew will represent the United States at the 70th anniversary ceremony for the liberation of the Auschwitz concentration camp on Tuesday—rather than President Barack Obama or Vice President Joe Biden—while other countries are slated to send their heads of state.

Tuesday’s ceremony will likely be the last major anniversary where a significant number of survivors of the Nazi camp are present. About 300 are expected to attend, and most of them are in their 90s or older than 100. Nazi authorities killed 1.1 million people at the camp, mostly Jews, which was liberated by the Soviet army in January 1945.

6. Imam at mosque where Lee Rigby’s killers worshipped sues the BBC for calling him an ‘extremist who encourages religious violence’

A hardline imam at a mosque where the killers of soldier Lee Rigby worshipped is suing the BBC, saying it described him as an ‘extremist’.

Shakeel Begg, 37, is taking legal action after presenter Andrew Neil said on the Sunday Politics Show that the imam had praised jihad as ‘the greatest of deeds’.

Mr Begg, head of the Lewisham Islamic Centre in South-East London, is demanding libel damages and that the BBC doesn’t again call him an ‘extremist’ who ‘encourages religious violence’. 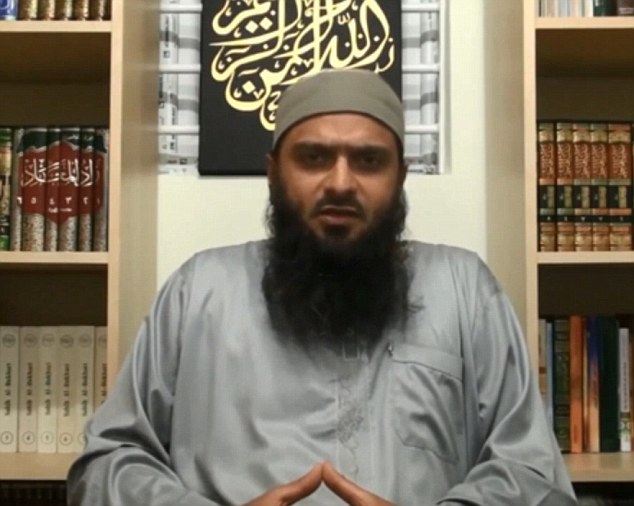 Thank you M., Buck, Yucki, Richard, UK Pete and many more for the links and tips. I wish there was a way of knowing if the fog was clearing on public perception of islam but i’m pretty sure governments want to keep that information tightly controlled in order to increase it as a general rule.

I had to create a whole new category for this one. 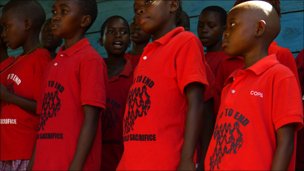 Some 9,000 children have gone missing in Uganda over the past four years, according to a US report

Over the last four years, at least 400 African children have been abducted and trafficked to the UK and rescued by the British authorities, according to figures obtained by the BBC. It is unclear how they are smuggled into the country but a sinister picture is emerging of why.

Whether it is through leaflets handed out in High Streets or small ads in local newspapers, witch-doctors and traditional African spiritual healers are becoming ever more prominent in Britain.

The work many of them do is harmless enough, but there is evidence that some are involved in the abuse of children who have been abducted from their families in Africa, and trafficked to the UK.

According to Christine Beddoe, director of the anti-trafficking charity Ecpat UK, a cultural belief in the power of human blood in so-called juju rituals is playing a part in the demand for African children.

“Our experience tells us that traffickers can be anybody. They can be people with power, people with money or people involved in witchcraft,” she explains.

“Trafficking can involve witch-doctors and other types of professionals in the community who are using those practices.”

Figures compiled by Ecpat, combined with those of the Metropolitan Police and Ceop, the Child Exploitation and Online Protection Centre, show that at least 400 African children have been abducted and trafficked to the UK and rescued by the British authorities.

I would have no problem to get a child officially or there is a way of doing it secretly, abduct a child”

Testimonies from many of these children have revealed that once they arrive in Britain, they are exposed to violent and degrading treatments, often involving the forced extraction of their blood to be used for clients demanding blood rituals.

Some of these victims agreed to share their experiences on the promise of anonymity because they still fear their abusers.

One boy explained how witch-doctors took his blood to be used in such rituals: “The traffickers or witch-doctors take your hair and cut your arms, legs, heads and genitals and collect the blood. They say if you speak out I can kill you.”

Another victim feared for her life, saying the “witch-doctor told me that one day he would need my head.