Thank you C. for the following information:

Car fires all over the place around and during NYE in the Netherlands:

7 cars burning under a flat, explosion at 0m08. Residents had to be evacuated through windows by the fire dept. 12 wounded, 3 of them badly:

This car had fireworks stored in it, so it exploded:

A father and his 4yo son got stuck in an elevator and died in a fire caused by fireworks. The mother and daughter were injured:

C. also read an open letter from a cop who was on duty in the west of Amsterdam, a muslim area. He reports seeing burning vehicles, a house fire (firworks shot through an open window), burning trash-cans and underground recycling stations. Bus-stops and facade of a shop blown up with improvised explosives. Flares aimed at, and improvised explosives thrown at the patrol car, and at passing cyclists. People running around with jerrycans, looking for an opportunity to set christmas trees on fire.

Playground set on fire, backup had to be called in and a human chain of officers had to be formed to keep the “locals” from interfering and attacking firemen.

The fire dept was overburdened and refused to come and put out isolated car fires, they were too busy with fires that posed a risk to surrounding houses and vehicles.

The cop called it anarchy and legalized warfare. Facebook post, incl photos and a video, in Dutch:
https://www.facebook.com/mark.achterbergh/posts/10221863551364188

Funny how these guys never get caught. These are big crimes. In fact it is terrorism. Violence for a political goal.
But it’s also arson and reckless endangerment and Im sure in Germany, it is three or four hundred zoning and fire regulation breaches as well.

Yet they never seem to get caught.

ANTIFA is the thug army of the left wing political class. In Germany, that is Merkel. In Canada that is Trudeau. And we know no non-leftist would get away with anything even 1% of what these self admitted communists do.

Thank you Ava Lon for the rapid-response translation of this video about the newest excuse for mass-muslim rioting in Grenoble France.

It should be noted that many muslims have been making the false moral equivalent between the brutal torture and murder of a Jewish man some years ago in France after he was lured by a muslim woman, held for ransom then gruesomely murdered after a week in captivity with these two guys accidentally killed because they were riding with no lights, helmets or anything and passed a bus on the right on a bridge. The claim is that the media was far more sympathetic of the Jewish man than these two.

That may be the only good thing you can say about the media. They still seem to have, at least at that time, a tiny vestigial remnant of understanding about the difference between one who is a victim and one who commits a crime.

For a slightly better explanation of what is going on, please see last night’s post here.

The title on the video is my little shot at French media for reporting that a line of burning cars in front of La Parisien newspaper, who have been brutally misrepresenting the YVP in France for 7 weeks, was a car that overheated and burst into flame on a cold winter day.

BREAKING: Serious situation in Sweden. Youths torched around 14 cars near a shopping centre in Gothenburg pic.twitter.com/Ia9vbMnNV0

Serious situation in #Gothenburg, #Sweden, Multiple cars have been set in fire for unknown reason. pic.twitter.com/8J3qP44iGZ

Although this ‘report’ barely even qualifies as information, one can extract that the cars were on fire and that fire spread to the building, as they say the windows were blown out and the car was charred on the inside, rather than saying the car was damaged from a collapsing building.

This seems to follow a European (cough cough) pattern of muslims setting cars on fire. Not that this is the case here but I am not aware of any previous incidence of a number of cars being set on fire in Ottawa before, and this area seems rather heavily enriched.

A shot taken this afternoon of the address where the suspected arson took place. 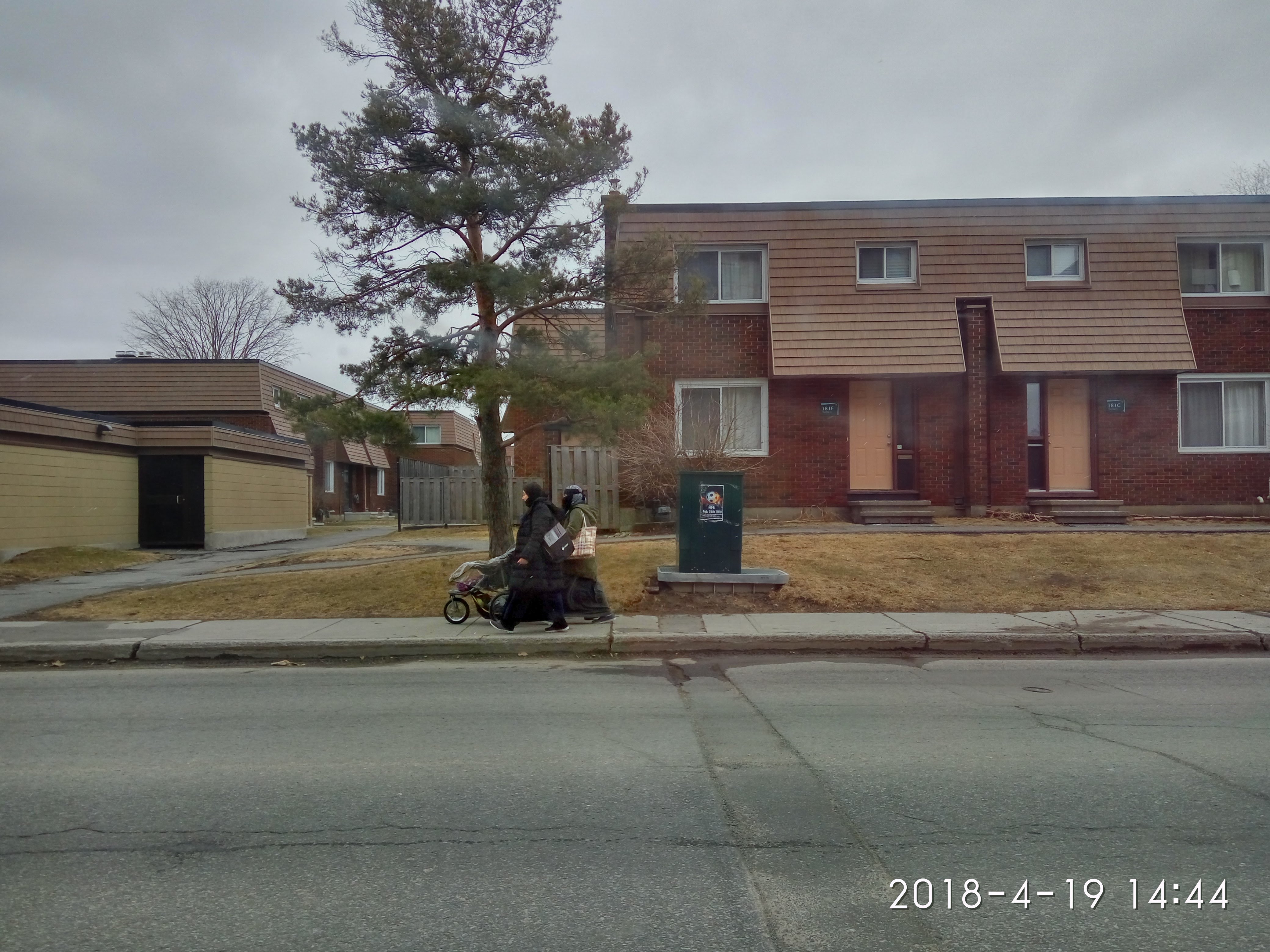 Ede, a small town between Arnhem and Utrecht, has been the scene of rioting since last weekend when a group of around 50 youngsters went on the rampage following the closure of a community cafe. The shopping centre where the café is located is being demolished. It was a popular hangout with local Dutch Morocan youngsters. Council officials, police and the consul met on Friday afternoon to discuss the riots, the work of a group of several dozen youngsters aged 12 to 20, ANP said. On Wednesday the mayor introduced a six month ban on public gatherings in an effort to restore order to the area.

(More at link above)

(Muslims are amazing. They can take any civilized town or city and in a few days make it look like Paris)

There are more videos and articles out for translation.

This should get Mr. Wilders a few votes from anyone left in the Netherlands that still has a car to park.

This video is marked today. It says: Second day of car burning in Stockholm.

This one is from March 18th.

Google translate makes it as: “Car fire on Åsvägen in Lund”

1. Interview with a muslim rioter who feels that the police and Swedish establishment do not treat him fairly and so it is right to burn cars and attack things.

2. A little retrospective on Swedish multiculturalism

3. Tonight in Husby: (Just a car on fire but its tonight)

Thanks M and John M

Seven people were arrested on Tuesday following the Husby riots in northern Stockholm, with Sweden’s Prime Minister Fredrik Reinfeldt warning that the unrest may continue.

Four of the suspected rioters arrested were detained, two were later released and a third person turned out to be under 15, the age of criminal responsibility in Sweden, according to local police chief Jörgen Karlsson.

The men are between the age of 15 and 19, and are suspected of violent rioting and assaulting a public official.

Sweden’s Prime Minister Fredrik Reinfeldt commented on the matter in a press conference at the Riksdag on Tuesday afternoon.

IN PICTURES: See the damage from the Husby fires

I think this is worth tracking. As Richard pointed out, chaos is chaos and serves the interests of anyone who wishes to destabilize Western nations. However I am curious about this series of events. If it is by more than one person, it is less likely to be a random non-political person with a psychopathology of arson. Also, its been a few days now. Surely the police have had a chance to check security camera footage from somewhere at this point. Granted, L.A. is not yet London and thank god for small mercies, but still lots of cameras everywhere in private hands.