Obama has done it. He has brought America down. It only took him just over four years. The Republicans could have stopped him. They didn’t.

How did the nihilistic left succeed in destroying America? Simple. They learned just a little of the capitalism they hate, and they drove your nation into outright bankruptcy.

And here is what the GOP has to say about it: just about nothing.

The once-mighty United States is now the most indebted nation on Earth. In round numbers, here are just some of the vital statistics as the patient dies:

Oskar Lafontaine, the German finance minister who launched the euro, has called for a break-up of the single currency to let southern Europe recover, warning that the current course is “leading to disaster”.

Mr Lafontaine said on the parliamentary website of Germany’s Left Party that Chancellor Angela Merkel will “awake from her self-righteous slumber” once the countries in trouble unite to force a change in crisis policy at Germany’s expense. Photo: Reuters 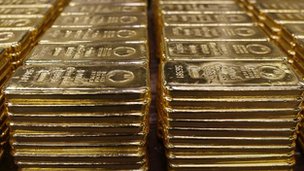 At current prices, 400m euros’ worth of gold amounts to about 10.36 tonnes of metal
Continue reading the main story

Cyprus may sell off some of its gold reserves to help finance part of its bailout, according to reports.

An assessment by the European Commission says Cyprus must sell about 400m euros (£341m) worth of gold.

The country has already been forced to wind down one of its largest banks in order to qualify for a 10bn euro lifeline from international lenders.

Even with that bailout, it is predicted that the Cypriot economy will shrink by 8.7% this year.

Cyprus’s total bullion reserves stood at 13.9 tonnes at the end of February, according to data from the World Gold Council. 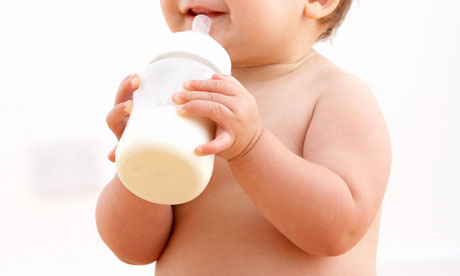 Foreign-produced baby formula is popular in China. Photograph: AlamyRetailers have been asked to ration sales of baby milk powder by the manufacturer of Britain’s two most popular brands after evidence that the products are being bought in bulk for “unofficial export” to China, where demand is high for foreign-made milk.

Danone, which makes Aptamil and Cow & Gate – the market leaders in the UK – has asked supermarkets and chemists to limit purchases to just two 900g tins per purchase. Asda, Sainsbury’s, Tesco and Morrisons have already agreed to limit purchases to two units per customer and more retailers are expected to follow suit.

Wow maybe someone in Egypt should think about maybe trying to get Western tourists to come and admire the ancient artifacts left over from when the people of Egypt did stuff. I bet that money would go a long way to buying food from people who grow stuff.

Let us hope that Canada and other food producing nations do not make the same mistake with Egypt that we all did with North Korea and give them food so that they can continue to implement horrible policies and divert resources towards trying to destroy us rather than feed their own and develop civilization. Something about, ‘destroying them in their own house with their own miserable hands’ I think it went.

Had the last several presidents not submitted to NORK blackmail they would never have developed the bomb.

Egypt needs IMF money to stay afloat, but the international lender is demanding tough subsidy cuts from an already-embattled government.

A woman with a tray of bread buys vegetables near a bakery in Cairo. Steep food price inflation is a particular worry for Egyptian President Mohamed Morsi.

It was a perilous time for Egypt. The International Monetary Fund (IMF) was demanding subsidy cuts in exchange for a loan Egypt’s leaders desperately wanted. So they complied, cutting subsidies on the bread, cooking fuel, and gasoline average citizens relied on to live.

Interestingly it seems to be his anti-Eu stance thanks to the stealing out of people’s bank accounts to float the Euro that has him on top more than his ‘let’s put a stop to the Barbarian invaders’ stance. Either way, lets hope the Dutch have an election soon.

Dutch politician Geert Wilders on his visit to Australia this year was vilified, hindered and smeared, while his audiences were attacked. It was the kind of shameful dehumanisation and incitement to hate that forces him to live under constant heavy security.

What wasn’t deployed against him here was rational argument on the points he makes on issues I believe also trouble many Australians.  He was abused, not answered.

There are a couple of videos at the link above about Geert and his Australian tour.

Russian Prime Minister Dmitry Medvedev has reacted to the Cypriot bailout deal by labelling it as theft. The Kremlin is considering freezing German assets in Russia in retaliation for Russian losses in Cyprus banks.

“The stealing of what has already been stolen continues,” is how Medvedev described the Cyprus bailout deal which imposes a sweeping haircut of around 30 percent on bank deposits in excess of €100,000 in two major banks. Nevertheless Russian President Vladimir Putin is willing to support efforts aimed at overcoming the Cypriot crisis.

According to the Telegraph the Kremlin is considering freezing German assets in Russia as payback for the bailout deal.

Germany has put pressure on Nicosia throughout the last week, insisting on terms which will effectively end the importance of the Cyprus banking sector.

You know things are bad when…

Savings accounts in Spain, Italy and other European countries will be raided if needed to preserve Europe’s single currency by propping up failing banks, a senior eurozone official has announced.

The new policy will alarm hundreds of thousands of British expatriates who live and have transferred their savings, proceeds from house sales and other assets to eurozone bank accounts in countries such as France, Spain and Italy.

H/T Hermes for the clip below:

Nothing shows faith in the federal government like moving all your assets closer to home.

More from The Texas Tribune

By Emily Ramshaw and Aman Batheja

Call it the Rick Perry gold rush: The governor wants to bring the state’s gold reserves back from a New York vault to Texas.

And he may have legislative support to do it. Freshman Rep. Giovanni Capriglione, R-Southlake, is carrying a bill that would establish the Texas Bullion Depository, a secure state-based bank to house $1 billion worth of gold bars owned by the University of Texas Investment Management Co., or UTIMCO, and stored by the Federal Reserve.

The idea isn’t entirely new. Some Republicans worked on a gold bill last session that was never filed. And gold-standard-backing Ron Paul, the former Lake Jackson congressman, has raised repeated concerns about the safety of states’ gold supplies.

“If you think gold is a hedge, or a protection, you always want it as close to the individual and the entity as possible,” Paul told The Texas Tribune on Thursday. “Texas is better served if it knows exactly where the gold is rather than depending on the security of the Federal Reserve.”

Bringing Texas’ gold home has gained traction this session because of Perry’s vocal support. On conservative radio host Glenn Beck’s show Tuesday, the governor said Texas is “in the process” — the legislative process, he later clarified — of “bringing gold that belongs to the state of Texas back into the state.”

You may want to turn this one up. They recorded it at rather low volume.

NOTE *** There may be an error in the above (My fault not the translator) where the titles say BILLIONS it should say TRILLIONS. Checking that now

Egypt’s national unemployment rate rose to 12.6 percent in the second quarter of 2012 up from 11.8 percent for the same quarter last year, Egypt’s official statistics agency CAPMAS said Aug. 14, Ahram Online reported. According to CAPMAS, the total number of unemployed Egyptians currently stands at 3.395 million. Unemployment rates for young people — from 15 to 29 years old — hit 77.5 percent in the second quarter of 2012.