Hard to believe there are not hard copies and electronic copies though. Surely they did not send original paper copies through a currier and not have a backup? What gives?

This may be the whole show from tonight. Hard to tell because Google/Youtube makes it hard to find.

Before Twitter suppresses this, you might learn about the corruption of the Bidens. This should be the biggest story in America today. There should be a special prosecutor, and the press should give it more attention than the #RussiaHoax they hustled. https://t.co/Ob5l06CojC

Hunter Biden's ex-business partner Tony Bobulinski: "I remember looking at Jim Biden and saying how are you guys getting away with this? Aren't you concerned? He looked at me, and he laughed a little bit, and said 'PLAUSIBLE DENIABILITY.'" pic.twitter.com/IxbND1IbWV

Iv’e been following Tucker on Twitter for a long time now and have never seen a single tweet from him without searching for his timeline. Funny that.

I never ask direct favors of my followers, but would every one of you watch this brief video to the end, please? pic.twitter.com/pGeXCownog

And now, the gentle stylings of 60 Minutes when they interview a communist for reelection as president

Brad did an interview on the McFiles show about the Biden laptop which was somewhat jocular in nature but covered the important aspects of this serious crime by the Democrat presidential candidate and his son. Youtube saw fit to delete the video as a ‘Terms of Service’ violation. Please see that video below:

Below, the video we did with brad yesterday on the same subject. 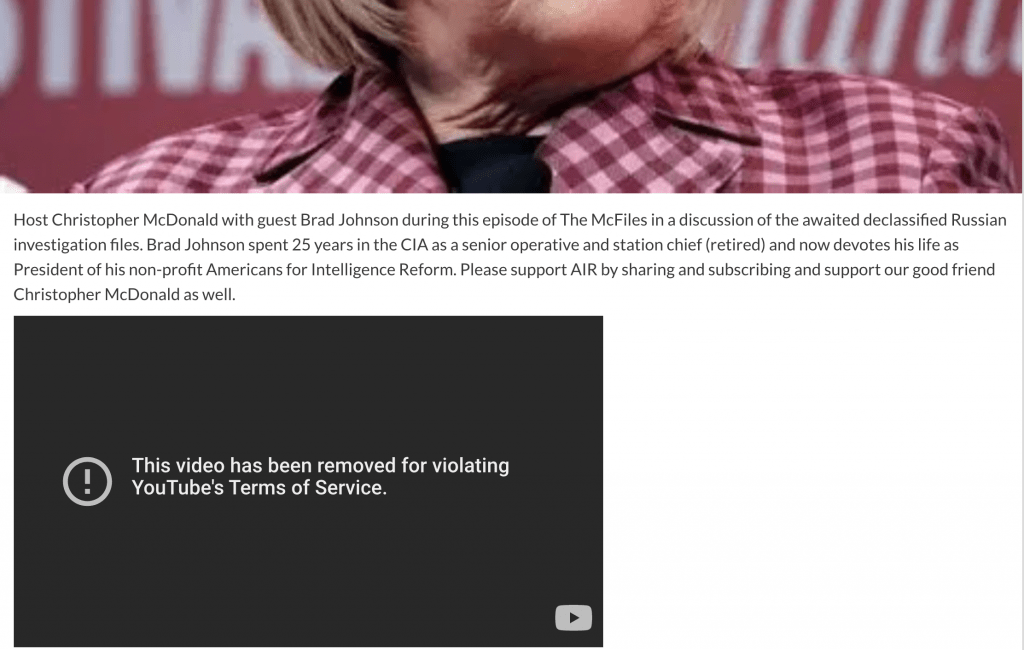 FBI does have Hunter Biden’s laptop. Video at link. FBI is stating clearly that this laptop is NOT part of a “Russian disinformation campaign”

New York Governor Andrew Cuomo on Wednesday singled out the “religious practices” of Orthodox Jews as the cause of renewed spread of the coronavirus in New York City.

“We’re now having issues in the Orthodox Jewish community in New York, where because of their religious practices, etc., we’re seeing a spread,” Cuomo said.

Last week, Orthodox Jewish leaders vehemently criticized Cuomo and took to the streets of Brooklyn to protest the governor’s new coronavirus restrictions on schools, businesses, and houses of worship. The restrictions would shutter schools, non-essential businesses, and strictly limit the number of congregants allowed in houses of worship, in some areas allowing only ten worshippers at a time. Many of the Brooklyn and Queens “red zones” designated for the new restrictions are Orthodox Jewish neighborhoods.

Meanwhile, elsewhere in New York during the same Covid period:

There are a lot more in the Reader’s Links for the first few days of October. Interesting that these events aren’t worthy of the Governor’s contempt.

A few days ago, we discussed with Brad Johnson aspects of the to-be-revealed documents president Trump had ordered declassified and released to the public. Documents that among many other things, also included evidence that Canadian PM Justin Trudeau was a part of the plot to unseat a sitting president. In this update we see why these documents have not yet appeared or made available.

This interview was on June 29 of 2018. It shows how Brad was aware of the problems with appointing Haspel at that time and called what we see now in effect. There will be more on this later today. But given how the White House is being fought by Intel, and requested documents are not being released, it seemed wise to show why and how this is happening.