This is very good.

This really is very very good. He actually says the unspeakable truth, that the ideology of Islam, Nazism and communism are totalitarian ideologies and need to be fought.

This is good. UKIP holds the Met boss to account. 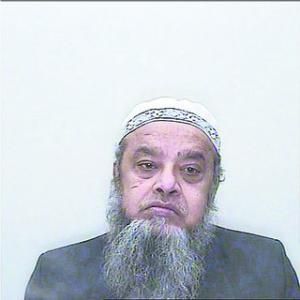 I wish Canada had a few of these guys.

Well actually, I think we actually do. I dedicate this video to them

This video is a FOOMF Find

Man Canada could use a dozen of these guys. Another excellent speech by UKIP’s Nigel Farage

From Norman Tebbit, The Telegraph

“[I have been asked] why I continued to support the Conservative Party [prior to the May 6 election]. Well, think about it. Perhaps if I had defected to UKIP we would still have Brown as Prime Minister but no UKIP MPs. No, ‘pwrplan’, UKIP is a perfectly sensible party. It’s time may yet come.”

By Gerald Warner, The Telegraph

The morning after polling day was not a good time for UKIP voters. As they scanned the still incoming results they felt a keen sense of disappointment. They had failed to break through the psychological barrier of one million Westminster votes, despite gaining nearly 2.5 million in last year’s European elections. Nigel Farage, their standard bearer, had come in third against the unspeakable Speaker in Buckingham and in many constituencies they were registering votes of just two or three thousand.

After the provocation afforded by 13 years of Labour rule and David Cameron’s reneging on a Lisbon Treaty referendum, the hoped-for breakthrough had not occurred. UKIP supporters were dispirited and their enemies did not hesitate to exploit this momentary decline in morale, rubbing salt into the wound with inventive claims of “victory” for the Conservatives. All of which demonstrates the inadvisability of rushing to judgment in the closing stages of a general election count. Today, the landscape looks completely different and, to UKIP eyes, bright and sunny. END_OF_DOCUMENT_TOKEN_TO_BE_REPLACED

The formation of a Con-Dem coalition has left millions of British voters disenfranchised – no-one voted for this unworkable hybrid.

So straight talking UKIP is offering disaffected Conservative, Lib Dem and Labour voters the chance of a FREE year’s membership to give voice to their discontent and a chance to show the old failed parties that you believe in honesty and transparency in politics, not shabby deals made behind closed doors.

Members receive personal invitations to area events in advance, a regular digital newsletter, and access to an exclusive members’ online resource and forum. However, members joining under the FREE scheme, do not have internal party voting rights.

UKIP has reacted angrily to a statement today from the Council of Europe when it said that it would oppose a ban on burkas.

“It is frankly nothing to do with the Strasbourg do-gooder Council to make decisions like this”, said UKIP’s Paul Nuttall.

“If the UK decides to ban the burka in public places it is solely the concern of the people of the UK.”

“Banning the burka is a proportionate response to security concerns,” he said.

“Will the Council of Europe stop banks and airports from banning crash helmets? No! Then they shouldn’t interfere in this either.”

By Gerald Warner, The Telegraph

The shrill denunciations of the media on election night by Joanne Cash, the defeated Tory candidate in the supposedly “shoo-in” seat of Westminster North, amounted to more than the chagrin of a failed political aspirant: they expressed the rage of thwarted Entitlement. Cash was the candidate who resigned in a huff last February, only to be reinstated by Dave, on which occasion she famously Tweeted: “It’s official DC has changed the party!!!!!!!!” Her message to old-guard Conservatives was: “RIP dinosaurs.”

Last Thursday, in political terms, it was RIP Cash. What does it tell us about the judgment of the man who now aspires to be Prime Minister and lead us through the perils of international global meltdown that he should have championed such a candidate? His failure to win a majority was largely attributable to his imposition on constituency associations of trendy, metropolitan, A-List candidates. Their performance was abysmal.

In the notorious Tatler magazine feature on 10 young Cameronian stars published in September 2008, Joanne Cash was tipped as a future Housing Minister. Equally implausibly, Shaun Bailey was regarded as a future Home Secretary, Mark Clarke as Trade and Industry Secretary and Annunziata Rees-Mogg as Defence Secretary (honestly, I am not making this up). All of them crashed and burned last Thursday: of the 10 much-hyped “Tatler” thrusters, only two were elected. Of the original 100 A-List candidates, two-thirds were defeated. END_OF_DOCUMENT_TOKEN_TO_BE_REPLACED

The former UK Independence Party (UKIP) leader said he was “the luckiest man alive” after surviving a light aircraft crash during his election campaign.

Nigel Farage, 46, was discharged from hospital two days after the plane he was in crashed in Northamptonshire.

He said he feared he would burn to death in the wreckage and said he and the pilot had known for five minutes before impact they were going to crash.

Mr Farage was treated in hospital for broken ribs and bruised lungs.

He said he believed the UKIP banner the plane was towing was to blame for the crash at Hinton-in-the-Hedges.

He said: “The banner hooked around the tail of the plane which meant that whenever he came in to land, it would be a nose-dive landing.

“So we spent five minutes knowing we were in for a crash landing and the question was just how big and bad it was going to be.”