Below, the old Hungarian joke PM Orban referred to:

The fox and the wolf meet in the forest.

This is what they do. They beat up the rabbit badly…

They meet again a week later.

— What will be the reason this time?

They find the rabbit:

— Hey rabbit, give us a cigarette!

— OK, what type do you want, with or without a filter?

Thank you CrossWare for the translation of this video, as well as this joke which was referred to, early in it by Viktor Orban.

An original translation by Xanthippa with much thanks!

From this Czech news site: 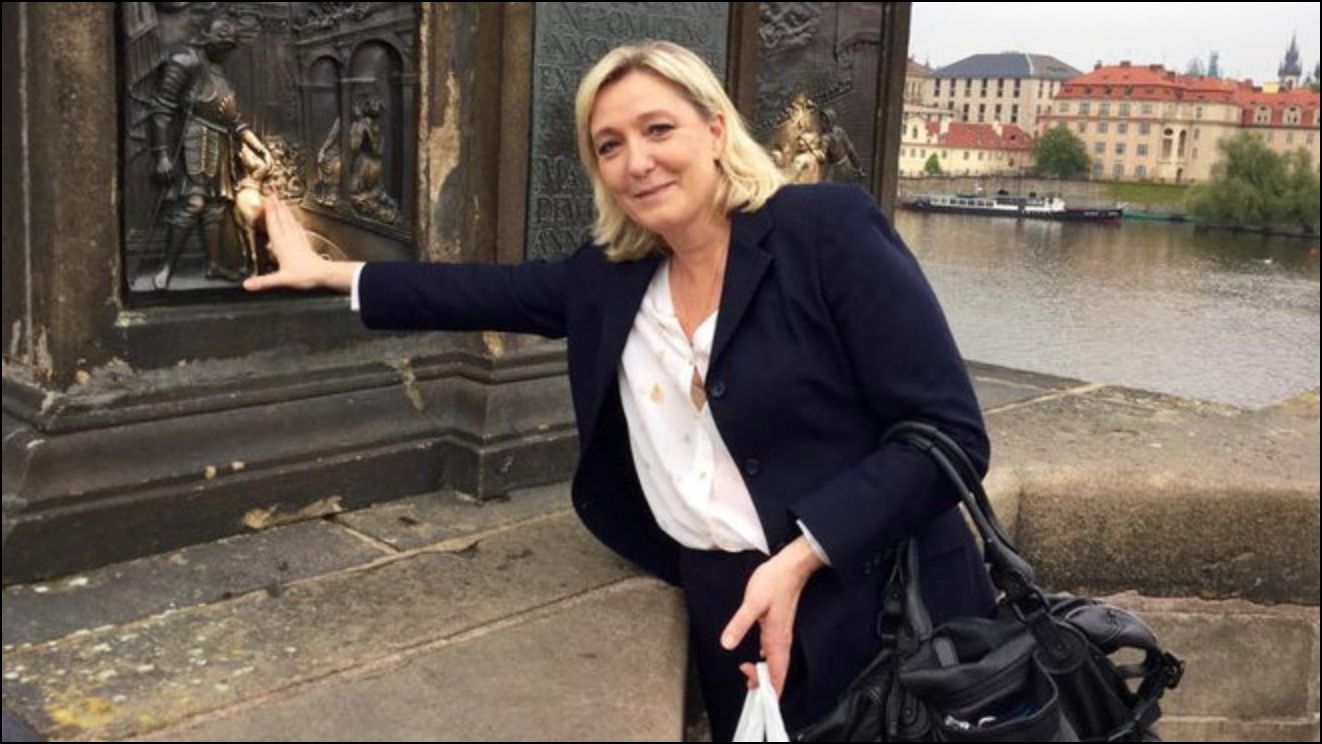 Prague — Leaders of European anti-imigrant parties will meet up in the Czech metropolis. They will look for a new model of cooperation. The parties that will take part in the summit together form the political group Europe of Nations and Freedom (ENF) in the European Parliament. They are united in their skepticism towards European integration, nationalism, and an opposition to migration.

The meeting, in which will participate for example the leader of the French National Front, Marine Le Pen, and Geert Wilders, the Dutch opponent of Islam, will take place in mid-December, the president of the movement Freedom and Direct Democracy (SPD) Tomio Okamura announced today.

“A new model of European cooperation will be discussed — the closest possible cooperation of sovereign countries, without being dictated to by Brussels, on the basis of mutual benefit,” Okamura described this event, which he brought to the attention of the website Aktualne.cz today.

In addition to Le Pen and Wilders, the president of the Italian Northern League, Matteo Salvini, and representatives of the Austrian Freedom Party (FPÖ) will also arrive in Prague. According to Okamura, the participation of the chief of the Austrian Freedom Party, Heinz-Christian Strache, is uncertain due to negotiations regarding the formation of a government. Representatives from the fraction ENF from Romania, Poland, Belgium and Great Britain will also arrive at the conference.

Okamura’s SPD had pointed to good relationships with similarly oriented parties earlier. Le Pen, for example, supported such a movement prior to the parliamentary elections which took place in Czechia a few weeks ago.

For the event, a hall with the capacity of a thousand seats has been booked, and has already been filled, said Okamura. The conference will last for two days, and will start on Friday the 15th of December. The main event will take place on Saturday. First the internal discussions of the ENF group will take place. The afternoon part of the meeting will then only be open to invited members and supporters of parties brought together in ENF.

I post the video below cause I don’t know how to pour Champagne over the net.

This will be a sticky post. For newer material, if any today, please look below, This is an important speech and must be seen by all.

Thank you CrossWare for the stunning amount of hard work translating this, and Gates of Vienna for the edit.

First, the speech by Viktor Orban on his meeting with Israeli PM Benjamin Netanyahu and the leaders of the V4 nations, Hungary, Poland, the Czech Republic, and Slovakia.

At this time, Viktor Orban is also the leader of the V4, and in this speech, he announced new security and technology alliances with Israel:

The BBC focused on Israel’s reaction to the EU‘s constant attacks on the Jewish state.

One of the leaders in the meeting openly stated that the Muslims and the Leftists work together against the West. This speech will be made available in English ASAP.