An original translation from Bild, Germany.

ABDUL D. LIED ABOUT HIS AGE
Scandal about age of Mia’s Killer 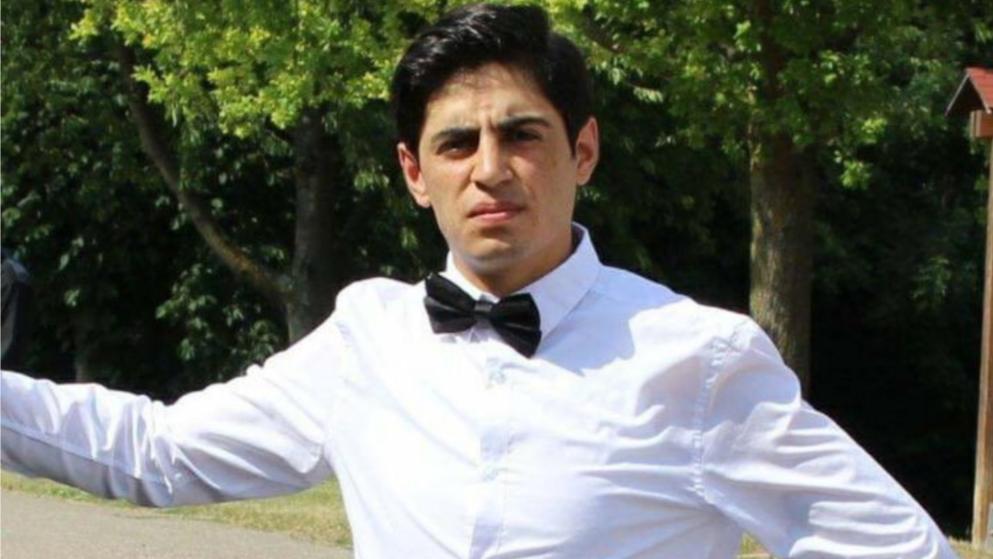 Abdul D. killed Mia. When he applied for asylum, the Afghan lied, saying he was only 14. Photo: personal.

Feb. 21., 2018
Kandel –. On December 27., Abdul D. ambushed his ex-girlfriend Mia in a supermarket in Kandel (Rhineland-Palatinate) and killed her with a knife stab in her heart. 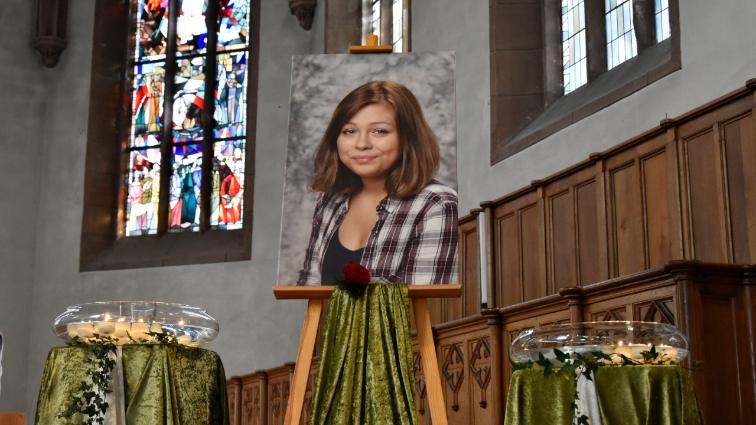 There were early doubts about the Afghan’s age. Photos suggested that he could not possibly be 15 years old.

The background: When Abdul D. came to Germany in April 2016, he stated that he was 14 years old. As he did not state an exact date of birth, the Youth Welfare Office in charge in Frankfurt/Main assigned him January 1, 2002, as birthday.

For this reason, he and Mia went to the same school. His age was neither verified when he entered the country, nor later – a deadly mistake.

Only after the deed, the Prosecutor had his carpus, his teeth, and the collarbone x-rayed for an extensive medical report. Yesterday, Prosecution Landau published the findings.

The press release says: „In his report, the expert comes to the conclusion that the accused is most likely approximately 20 years old. The expert determines his absolute minimum current age to be 17 1/2 years.“

Politicians demand consequences!
Andrea Lindholz (47, CSU), chairman of the Bundestag home affairs committee, says to Bild: “The age should be examined systematically, and nationwide consistently, in the new anchor centres. Medical examinations must not be taboo. Also older cases where there is a reasonable doubt about their age should be examined in hindsight, and corrected systematically.“

Berlin – Finally, there is reassurance in the Berlin Police Academy scandal, where a leaked voice message lamenting intolerable conditions due to a migrant student rate of 36% surfaced: 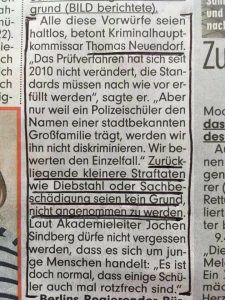 All of the allegations were unfounded, Detective Chief Superintendent Thomas Neuendorf points out (…) “Just because a police trainee is from a city-wide notorious clan doesn’t mean we will discriminate against him. We evaluate the individual case.” Small criminal offenses in the past, like theft or damage of property, were no reason not to be accepted. According to Academy Chief Jochen Sindberg, we shouldn’t forget that these are young people. “It is all too normal that some pupils will be insolent as sh** at times”

Now that is reassuring!
If you missed the scandal, see Berlin Police: This Is The Enemy In Our Own Ranks and Berlin: Police Leadership Knew of Conditions at Academy.

Angela Merkel opening a ‘World Peace Meeting’ in Münster, Germany, on September 10. The gentleman to her left is Sheikh of Al-Azhar Ahmad Al-Tayyeb. 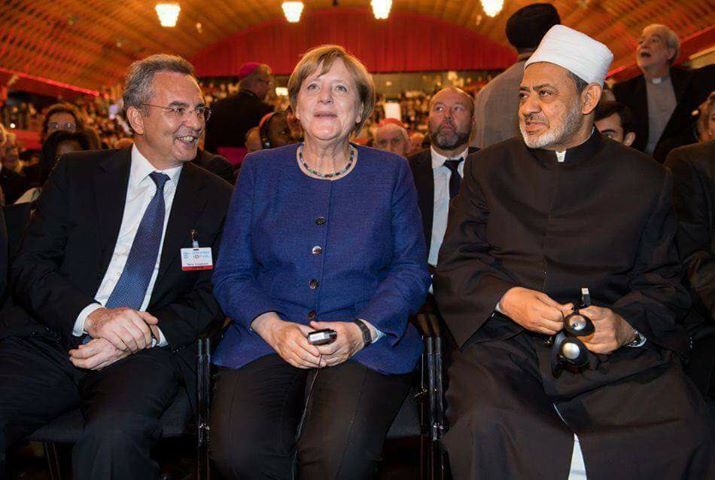 Ahmad Al-Tayyeb explained on TV last year that the punishment for leaving Islam is death, and quite rightfully so:

According to Wikipedia,  “He is considered to be one of the most moderate Sunni clerics in Egypt.”
The Wikipedia entry on Mr. Al Tayyeb, or alternative spelling El Tayeb, is quite worth reading: Wikipedia.org: Ahmed el-Tayeb

An original translation of the dpa (Deutsche Presseagentur, German Press Agency) release on the event:
dpa:
Münster (dpa/lnw) – The international World Peace Meeting is starting today in Münster, Westphalia, with prominent guests. Chancellor Angela Merkel (CDU), the president of the republic of Niger, Mahamadou Issoufou, and the president of the Eurpean Parliament, Antonio Tajani, will be speaking at the festive opening
The three-day event in the Cathedral cities Münster and Osnabrück wants to promote peace in the world. Its motto is “Paths to Peace”. Leading church and religious representatives and around 5,000 participants from all over the world are expected.
The international World Peace Meeting is organized by the catholic community Sant’ Egidio, seated in Rome. It takes place at a different location each year. Pope John II. for the first time asked religious leaders from all over the world to a World Peace Meeting in Assisi, Italy, in 1986.