A Tory MP accused some communities of importing ”barbaric and medieval” views about women into Britain while discussing the sentencing of an Asian teenager for rape.

David Davies, a member of the Home Affairs Select Committee, has called for the Attorney General to review the three-year term imposed on Balal Khan, 14.

”What is it about this young man’s upbringing, what about his community or his parental upbringing, that led him to think that women are second-class people whose rights can be trampled over like this?” he said.

”That is a very interesting question. And, you know, there are some sensitive issues here, but there do seem to be some people in some communities who don’t respect women’s rights at all and who – if I may say, without necessarily saying that this is the case on this occasion – who have imported into this country barbaric and medieval views about women and that is something that also needs to be addressed.”

The Conservative Party distanced itself from Mr Davies’s comments.

A spokesman said: ”These comments do not reflect the views of the party in any way.”

Khan was sentenced to three years in a young offenders institution at Stoke Crown Court after admitting raping and robbing a 20-year-old woman.

Peter Hain, the Welsh Secretary, said: ”I am appalled at this Conservative MP’s indiscriminate attack on whole communities in our tolerant society.

”This sort of inflammatory language from a leading Welsh Tory does nothing to help hardworking people in difficult times.

”We are trying to get along together the best we can – David Davies should be ashamed of himself.” 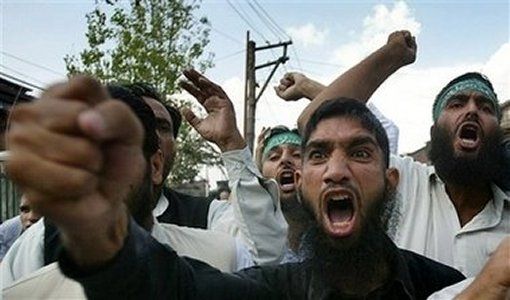 ‘WE WOULD RATHER DO BUSINESS WITH 1000 AL QAEDA TERRORISTS THAN WITH ONE SINGLE BRITISH SOLDIER!’

This sign was prominently displayed in the window of a business in
Glamorgan, South Wales .

You are probably outraged at the thought of such an inflammatory statement.

However, we are a society which holds Freedom of Speech as perhaps our greatest liberty.

After all, it is ONLY A SIGN, you may say.

(WHO SAID UNDERTAKERS HAD NO SENSE OF HUMOUR?)

YOU GOTTA LOVE IT!!!

Thanks Welshfromthewest for sending that in.

Once again a Muslim refugee to Britain shows his appreciation for his new home and life. Let us all remember that a Muslim is a Muslim first and everything else second. In the list of things not as important as being a true Muslim you will find words like British, American, Canadian, husband, wife, father, mother, brother and human. 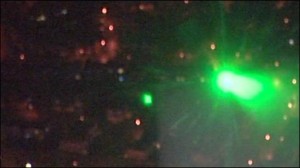 A 21-year-old man has been jailed for shining a laser light at a passenger plane preparing to land.

Hossein Hosseiny briefly shone a “dazzling green light” into the cockpit of an aircraft carrying 52 people as it approached Cardiff airport in March.

Hosseiny, of Llanrumney, Cardiff, pleaded guilty at a previous hearing to endangering the safety of an aircraft and supplying drugs.

He was sentenced at Cardiff Crown Court to a total of 10 months in jail.

The pilot said Hosseiny’s actions had caused a “momentary loss of concentration” due to a “dazzling green light” as the plane approached the airport on a flight from Dublin.

He immediately reported the incident to air traffic control and Hosseiny, originally from Afghanistan, was arrested soon after in the nearby Porthkerry Park area of Barry.

Prosecutor David Thomas told the court that, during a search, officers found Hosseiny intoxicated with a friend in a car.

Cannabis was also found in the vehicle which Hosseiny later admitted supplying to his friend.

During interview, the defendant told police he had taken to selling cannabis as a means of funding his own habit.

Jeremy Jenkins, defending, said Hosseiny entered the UK in December 2002 at the age of 15 and became an asylum seeker.

The following year his application for asylum was refused after which he was granted exceptional leave to remain in the UK.

He has since been served with a deportation notice.

Mr Jenkins said his client initially found work in Swindon before settling in south Wales where he now had a heavily pregnant girlfriend.

Referring to the laser, the barrister added: “It didn’t follow the aircraft – it was as if it [the plane] passed in and out of the beam.”

Judge Eleri Rees said: “On March 8, intoxicated with alcohol and drugs, you pointed a green laser pen in various directions when an aircraft was approaching Cardiff airport.

“The pilot said you shone it into the cockpit, albeit for a few seconds, and it caused a loss of concentration.

“The consequences of such an action could have been catastrophic. Fortunately there was no catastrophe and the aircraft landed safely.”

She added: “Those who deliberately aim such pens into the cockpit of an aircraft or helicopter should expect a custodial sentence.”

For supplying drugs, Hosseiny was given a six-month jail sentence. He was given a consecutive sentence of four months for endangering the safety of an aircraft.

Judge Rees also ordered that the 79 days Hosseiny spent on remand since his arrest be deducted from his sentence.