More than 40 Syrian insurgent groups including the powerful Islamist faction Ahrar al-Sham have called on regional states to forge an alliance against Russia and Iran in Syria, accusing Moscow of occupying the country and targeting civilians.

The insurgents, including rebel groups under the umbrella of the Free Syria Army, said such regional cooperation was needed to counter “the Russian-Iranian alliance occupying Syria”.

(Salafis and Wahabiis uniting over Russia?) The spiritual leader of the Muslim Brotherhood attended a ceremony organized by Saudi Arabia in Doha on Friday, signaling an easing of Riyadh’s hostility towards the Islamist movement.

Sheikh Youssef Qaradawi, an Egyptian-born and Qatar-based cleric, whose fiery sermons have strained ties with Egypt and Gulf neighbors, appeared alongside the Qatari prime minister and the Saudi ambassador at an event in Doha to celebrate Saudi Arabia’s national day.

One of Iraq’s most powerful Shia Muslim militias said on Monday it fully supported Russia’s intervention and air strikes against Islamic State in the Middle East and accused the United States of being indecisive in its campaign against the group.

“We know that the United States, during the past year and a half was not serious about putting an end to Daesh,” he said, using an Arabic acronym for Islamic State.

Last month, Iraq said its military officials were engaged in intelligence and security cooperation in Baghdad with Russia, Iran and Syria to counter the threat from Islamic State.

4. Edward Snowdon explains how your phone can be controlled by outside agency to a degree that leaves you vulnerable even if you think you have tuned it off.

China will be helping out the Syrian government in the fight against Islamic State (IS, formerly ISIL/ISIS) by sending “military advisers,” media reports have claimed.

“The Chinese will be arriving in the coming weeks,” a Syrian army official told the Lebanon-based news website Al-Masdar Al-‘Arabi.

The report claims that a Chinese naval vessel is on its way to Syria with dozens of “military advisers” on board. They will reportedly be followed by troops.

The ship is said to have passed the Suez Canal in Egypt and be making its way through the Mediterranean Sea.

(There may be a lot more to this story than is written in this article. If true, it should be known shortly. But the Chinese may invest itself heavily in this situation very quickly)

Sheikh Naeem al-Gaoud told the BBC that members of the Al Bu Nimr tribe were shot dead in the village of Khanizir, in Anbar province, on Sunday night.

He said the tribesmen were killed because they had relatives serving in the Iraqi security forces.

The Al Bu Nimr have played an important role in battling jihadists for years.

7. AUSTRALIA – Farhad Jabar: Police believe gunman was no ‘lone wolf’ but part of an extremist pack

POLICE are working on the ­theory that teen terrorist Farhad Khalil Mohammad Jabar was acting on the orders of other radicals and was not a “lone wolf’’ killer.

NSW counterterrorism ­officers are investigating who may have supplied the gun he used to carry out the brutal ­murder of a civilian staffer at Parramatta police headquarters on Friday afternoon.

“The possibility the teenager was used by extremists is a strong line of inquiry,’’ a senior officer involved in the operation told The Daily Telegraph.

“That includes searching his computers, electronic devices and who he was in contact with on the days leading up to the shooting and on the day itself.’’

(It may not navigate directly there, in which case you have to select the headline above in the right sidebar from where the link takes you)

Two Turkish F-16 fighter jets were harassed by an unidentified MIG-29 for five minutes during a patrol flight on the border with Syria, the Turkish General Staff has stated.

“Ten F-16 fighter jets were patrolling the Turkey-Syria border. During this mission, two of our F-16’s were harassed by an unidentified MIG-29, with a lock on for a total of five minutes and 40 seconds,” said the statement.

Thank you M., Wrath of Khan, Richard, and all.

1. AFP – Shots fired as locals stand up to Ukraine troops in the east

As the possibility–however remote–grows that Malaysia Airlines flight 370 may have been hijacked and taken to a hidden location, Israeli authorities are preparing for the possibility that the hijackers might attempt to use the Boeing 777 to mount an attack.

According to the Times of Israel, Israel’s Channel 2 has revealed that Israeli air defenses have been boosted, and approaching civilian aircraft will be asked to identify themselves far earlier.

Though the flight was presumed at first to have crashed, whole or in pieces, into the ocean, passive satellite transmissions from the aircraft suggest that it made a deliberate course change and may have headed north into central Asia.

Please click through to Brietbart for the whole article:

‘We have strategic weapons and we’re capable of responding,’ says official in Damscus; Russia: West has no proof of chemical attack

A screen capture from a video purporting to show the Syrian Army firing a Scud missile (image capture: YouTube)

A senior Syrian official on Monday issued a first direct warning that if attacked, his country would retaliate against Israel. Khalaf Muftah, a senior Baath Party official who used to serve as Syria’s assistant information minister, said in a radio interview that Damascus would consider Israel “behind the [Western] aggression and [it] will therefore come under fire.” 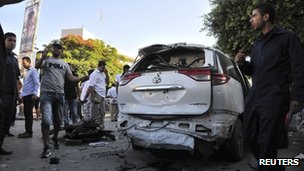 A bomb has been found under an Italian embassy car in Libya’s capital Tripoli.

Diplomats had parked the car and gone shopping in the central Zawiyat Dahmani area when the driver noticed the device, officials said.

Police cordoned the area off and the bomb exploded, causing damage mainly to the back of the car. No-one was killed or injured.

A foreign ministry spokesman in Rome said two embassy officials had been travelling in the car.

Canada, which has had increasingly poor relations with Iran for more than a decade, had already imposed a series of trade sanctions. In 2012, bilateral trade was worth around C$135 million.

Baird said Canada was particularly concerned by the failure of the United Nations’ nuclear agency this month to persuade Iran to let it resume an investigation into suspected atomic bomb research.

U.S. Secretary of State John Kerry questioned whether there’s hard evidence of chemical arms use, telling reporters that Israeli Prime Minister Benjamin Netanyahu had been unable to confirm the reports in a phone call today.

“I talked to Prime Minister Netanyahu this morning from here,” Kerry said at a gathering of the North Atlantic Treaty Organization in Brussels. “I think it’s fair to say he was not in a position to confirm that, so it’s up to him and their process as to when and how they do that.”

The Pentagon on Wednesday announced plans to install an advanced missile defence system in the US-administered Pacific island of Guam. The US defence secretary spoke of a “real and clear” danger of a North Korean missile attack.

The Pentagon said on Wednesday it was sending an advanced ballistic missile defense system to Guam in the coming weeks, as U.S. Defense Secretary Chuck Hagel cited a “real and clear” danger from North Korea.

North Korea has singled out U.S. military bases in Guam, a U.S. territory in the Pacific, and Hawaii among its potential targets in threats in recent weeks that have put the Korean peninsula on edge and triggered a change in the U.S. defense posture and missile defense planning. 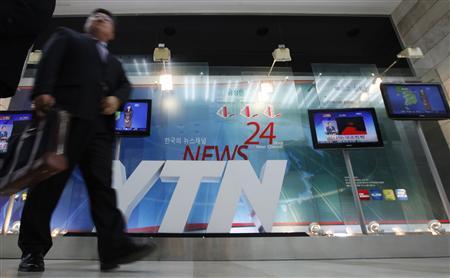 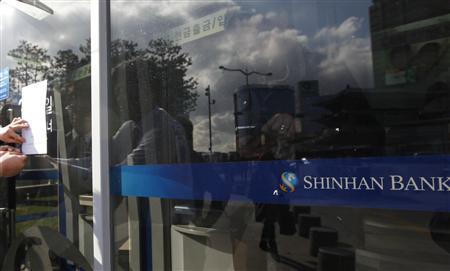 (Reuters) – South Korean authorities were investigating a hacking attack that brought down the servers of three broadcasters and two major banks on Wednesday, and the army raised its alert level due to concerns of North Korean involvement.

Servers at television networks YTN, MBC and KBS were affected as well as Shinhan Bank and NongHyup Bank, two major banks, the police and government officials said. At least some of the computers affected by the attacks had some files deleted, according to the authorities.

At least 20 people have been killed in a series of explosions at a bus station in the northern Nigerian city of Kano, witnesses say.

Several buses were destroyed in the Sabon Gari area of the city, home to a large population of Christians from the south of the country.

Kano is the largest city in the mainly Muslim north of Nigeria.

No group has said it carried out the blasts but Islamist militants from Boko Haram have attacked Kano several times.

One eye witness told the BBC’s Hausa service that he had seen 20 bodies after the blasts.

Soldiers cordoned off the area after the blasts.

In January 2012, around 150 people died in Kano in a series of co-ordinated attacks by Boko Haram.

Wrath of Khan also sends this link on this story

A leading French anti-terror judge has told French media he is worried about the implication of large numbers of French Muslims heading to Syria to fight a holy war against the Damascus regime.

As many as 80 French citizens are fighting with rebel groups in Syria, according to a report in French daily Le Figaro published Wednesday.

The number is far higher than the “handful” said by French Interior Minister Manuel Valls to be operating alongside Islamists in Mali, or the estimated number of Frenchmen who went to Bosnia, Iraq or Afghanistan to wage “jihad”, or Muslim holy war.

Defense Secretary Leon Panetta is accussing Iran’s paramilitary force of an intensified campaign to destabilize the Middle East by smuggling antiaircraft weapons to its militant allies.

Iran’s export of so-called manpads — antiaircraft missiles that can be carried by a single person — represent what Panetta called a dangerous escalation.

“There is no question when you start passing manpads around, that becomes a threat—not just to military aircraft but to civilian aircraft,” Panetta told The Wall Street Journal in an interview describing shifting threats to the U.S. as he prepares to leave his post. “That is an escalation.”