1. How is this not an invasion please? Belurus-Polish border

BRUSSELS/ANKARA, Nov 12 (Reuters) – Turkey banned Syrian, Yemeni and Iraqi citizens from flights to Minsk on Friday, potentially closing off one of the main routes that the EU says Belarus has used to fly in migrants by the thousand to engineer a humanitarian crisis on its frontier.

Thousands of migrants from the Middle East are sheltering in freezing conditions in the woods on the border between Belarus and EU states Poland and Lithuania, which are refusing to let them cross. Some have already died and there are fears for the safety of the rest as bitter winter conditions settle in.

3. Polish PM visits border with Belarus and speaks to the police there

The military tension at the Belarus-Poland border escalated Friday, November 12 night. Belarusian troops destroyed part of the 120 miles of barbed wire fencing that separates the east European states. Footage released by Polish Border Force showed its troops blinded by lasers and strobe lights. DailyMail reports that Belarus armed the migrants with tear gas to attack the Polish forces once they crossed the border.

The border tension was reported near the town of Czeremcha. Hundreds of migrants passed through this frontier in recent weeks. “Last night near Czeremcha, Belarusian soldiers began to destroy the temporary border by tearing up fence posts,” a spokesman for the Polish Border Force told DailyMailOnline. “Polish forces were blinded by laser beams and strobe light. Also, a group of about 100 migrants were to cross and Poland says Belarusians gave them tear gas, which was used against the Polish forces.” 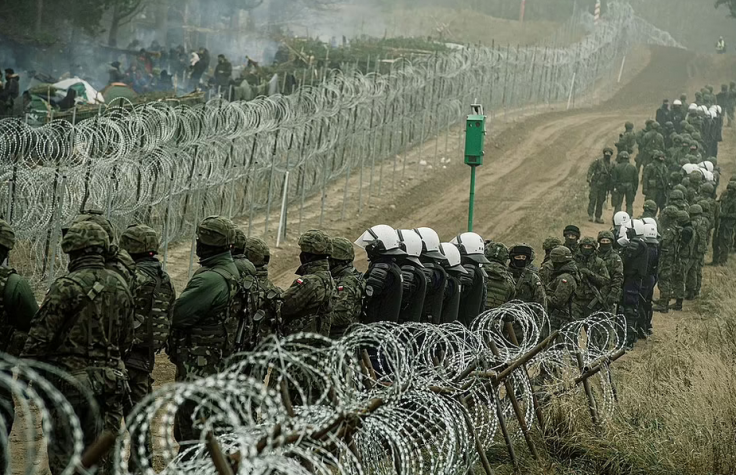 5. This is mighty heavy. Talk about a clear Casus Belli.

I invite all who are following this intense conflict to please post all links on this subject to the comments under this post.