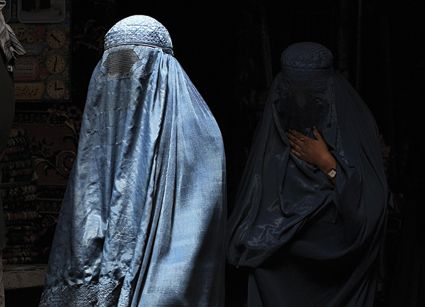 A while ago, a BBC producer phoned to tell me I had written a “controversial” book. I knew that already, and gathered from the teeth-sucking sound coming down the line that she did not approve.

“So,” she continued, “we’ve lined up four guests to argue against you.”

I told her to go away — maybe I used a stronger term — and then thought about her predicament. As a biased broadcaster, she wanted to hear my book denounced, but she could not risk organising a one-on-one debate. Maybe I would have come out on top. More probably, some listeners would have agreed with me, others with my opponent, as is the normal way of things. By arranging her show to make it four against one, however, she could maintain the illusion of impartiality while creating the impression in listeners’ mind that the consensus was overwhelmingly against arguments she found uncomfortable. In the interests of “balance” and of letting “everyone have their say”, she would fill 80 per cent of the airtime with advocates of her own political position. I have watched out for rigged debates ever since. They are the surest signal the BBC dares send that an idea does not deserve a hearing in polite society.

Ophelia Benson did not quite get the four-on-one treatment when she appeared on Radio 3’s cultural talk show Nightwaves to discuss a “controversial” book she has co-authored with Jeremy Stangroom. They gave her a mere two opponents, and the presenter tried to be fair. Still, when one adversary stopped disparaging her, the other started, as the BBC flashed warning signs to listeners to ignore her.

If they missed the point, the press banged it home. The Independent denounced Benson and Stangroom “as inflammatory in the extreme”; authors who produce “torrents of invective” and “show no desire to go beyond name-calling and distortion.” The Guardian accused them of “crudeness and lack of insight”. It was “staggered anyone wanted to publish” them, and concluded that only a base desire to make money could explain the release of a “profoundly intellectually dishonest”, “hysterical” and “bizarre” work. My own newspaper, the Observer, was slightly more temperate, but not so the casual reader would notice. Benson and Stangroom were not original thinkers but had “trawled through newspaper articles”. They “splutter with righteous anger”, their style “clunky”, “hammering” and “repetitive”, their arguments “flimsy” and “deadening”.

Readers who imagine that Benson and Stangroom were on the receiving end of the fullest stomach-load of bile literary London has brought up this year because they were making the case for white supremacy or the return of the death penalty do not understand the dark turn Western thought took between the late 20th and early 21st centuries. Benson and Stangroom’s book is Does God Hate Women?, which the predecessors of today’s critics would have hailed as a feminist classic.

“So does God hate women?” it asks.

Please go to Standpoint Mag to read the rest of this excellent article.