A trial of eight people accused of spreading Islamist propaganda over the Internet opened in Munich on Tuesday. Prosecutors say the defendents used Internet forums and blogs to call for a holy war.

Seven men and one woman are accused of inciting terrorism and releasing brutal videos of bombings and beheadings as part of the German section of a group known as the “Global Islamic Media Front.”

According to the federal prosecutor, the suspects published German translations of Al-Qaeda propaganda material as well as their own material on the Internet between August 2006 and March 2008, in order to attract new members and support for terrorist organizations abroad.

The defendants are now all between 18 and 30 years old, but some of them were minors at the time. Most had never met before the trial, relying on the Internet to communicate from their homes across Germany.

This story reminds me of street gangs having new recruits commit a crime to prove loyalty. Coverts are less likely to draw attention if they are indigenous to the country they will attack. Of course Muslims jump on this and seek to radicalise those young converts able to carry out mass-murder campaigns against their own countrymen. “Muslim first” and all that.

from The Times Online 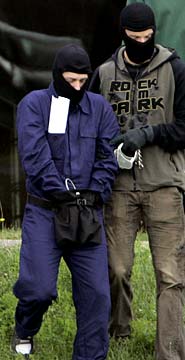 Two Muslim converts and two Turks go on trial in a bomb-proof courtroom in Düsseldorf today accused of plotting to blow up German civilians and US soldiers.

“The world will burn!” boasted an intercepted e-mail sent between the accused, who are alleged to have wanted to wage an Islamic holy war in the heart of Europe.

Three of the men — Fritz Gelowicz, 29, Daniel Schneider, 23 and the Turkish national Adem Yilmaz, 30 — are accused of attending a training camp on the Afghan-Pakistani frontier run by an Uzbek-based terror organisation known as the Islamic Jihad Union.

Intelligence services say that it has links with al-Qaeda. Using detonators — supplied, the state prosecutor claims, by Attila Selek, 24, a German citizen of Turkish origin — the gang prepared bombs with the explosive force of 410kg (904lb) of TNT, to be set off in and around the US Ramstein air base and other targets. The bombers in London on July 7, 2005, had 4kg of explosive. END_OF_DOCUMENT_TOKEN_TO_BE_REPLACED 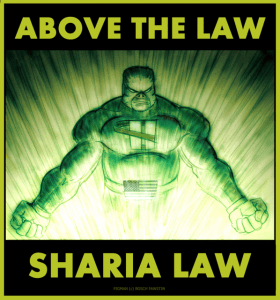 The German judge argued, “Muslims have a different understanding of rape than Europeans, and this must be taken into account.” END_OF_DOCUMENT_TOKEN_TO_BE_REPLACED