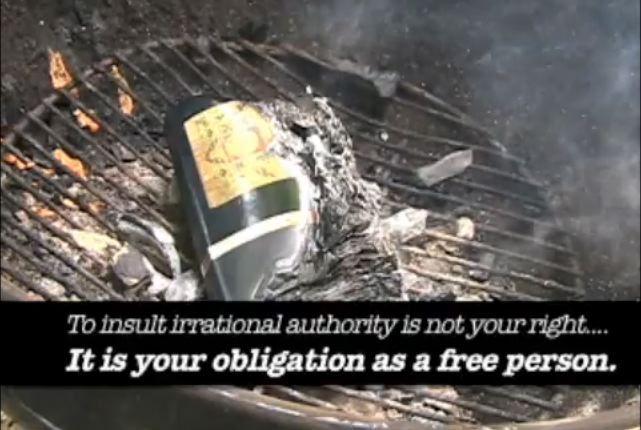 Let’s see, we had riots in Greece when rumors circulated about a policeman ‘mistreating’ a koran, so I guess that is desecration, fair enough…

We had several Christians killed, their houses burned, and many families dislocated when Mosques trumpeted that one Christian family had torn a page from a Koran in Pakistan, so I guess that is desecration even when it was utterly untrue and again… well fair enough… sort of….

Then, we had some Muslims smuggling Heroin into Europe in a hollowed out Koran and no riots killings burnings or even condemnations at all so, I suppose, that is not a ‘desecration’. I suppose Mohamed must have been an apothecary…

And today, we have a koran hollowed out and bombs placed inside them in order to kill as many of the unwitting as possible in Iraq.

So, granted this is a small sample, but it gives us a place to start.

Desecration of Koran, therefore, must be when anyone not Muslim handles the holy book of Islam in any manner whatsoever that can be construed as disrespectful, and reported truly or falsely in that manner. Desecration of a koran is a tactic for political gain using the politically correct who think that a book is important merely because a non westerner says it is.

Desecration of a koran is not when that book is destroyed,mutilated or carved out for the purpose of advancing Islam in such ways as smuggling dangerous drugs to harm the infidel and raise money for jihad. It is not desecration when it is filled with explosives to kill other Muslims so long as those Muslims are of some other flavour than the bomber, as technically it’s still jihad to advance Islam.

Glad we cleared that up.