Don L. sent the following email about this video being pulled.

If all these fail, we shall see what we can do to make it available.

Hello Vlad,
The video of the Islamic pimps called “Iqaq’s Secret Sex Trade has been pulled from your post here:
https://vladtepesblog.com/2019/10/05/shiia-islamic-clerics-pimp-9-year-olds-for-fun-and-profit/#comments
Incredibly the Muslims want the documentary pulled as it “disrespects” Islam.
Here are two links to that , David Wood and the Daily Mail
https://www.youtube.com/watch?v=iju_l82cbz0
and
https://www.dailymail.co.uk/news/article-7575235/17-000-viewers-demand-BBC-deletes-documentary-Iraqi-Muslim-clerics-sell-girls-sex.html
and because shit disappears on the Internet here’s the archive:
http://archive.is/MHUyi

What a stunning and welcome contrast to the Obama administration:

An original translation from the Munich daily newspaper t.z.:

Later, when there were no other guests remaining in the bar, the man wanted to go into the basement with her, again. She refused. Upon this, the suspect violently dragged her downstairs, and raped her in the basement room of the bar, despite her massive resistance.
When he finally let go of her, she fled into a neighboring bar where her girlfriend was.

Suspect in Detention
Police detected the Iraqi on-site and preliminarily arrested him. He was taken into custody and will be presented to the committing magistrate
mm/tz 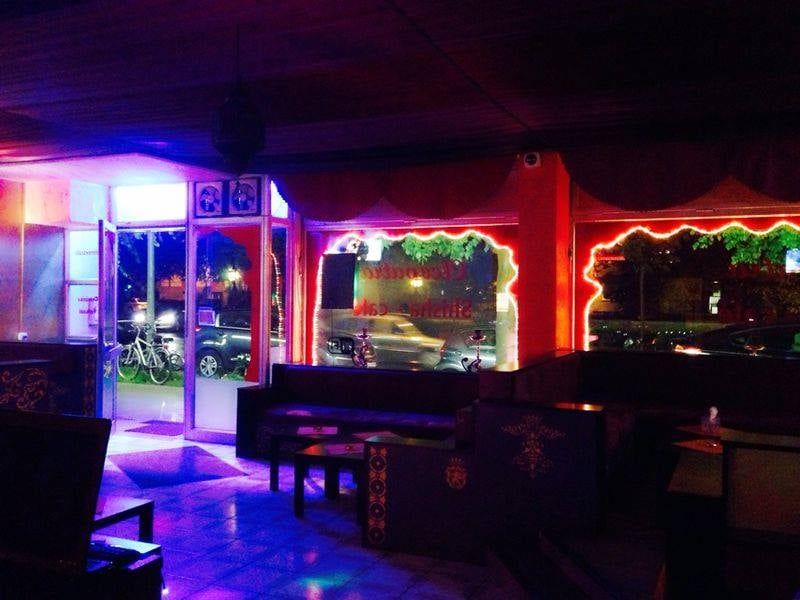 The Shisha Bar in Leonrodstraße, Munich.

An original translation of a press release by the Bundespolizei NRW. (update: we have included a statement of the police at the bottom)

(ots) – Sunday morning (November 12.) sexual harassment against two women on the square in front of the main train station Dortmund was reported. In the manhunt for the suspects, police dog Ivo was able to apprehend three of the suspects. Another suspect was apprehended with the active support of an innocent bystander.

Around 04:00 AM, Police Dortmund informed the Federal Police at the main train station that two women had dialled the police emergency number. Several men were harassing them on the yard in front of the train station.

In the Keuning Park, several of the suspects tried to hide, whereupon Ivo was called to action. He picked up the scent of the men and was able to apprehend three persons (18/22/27) in the shrubs. The men froze there, apparently impressed by the barking dog, until the officers were able to arrest them.

One Federal Police officer was able to arrest another 24-year-old suspect at the entrance of the Keuning park, with the help of an innocent bystander.

This deployment against the suspects was observed by two women, who documented the efforts, and noted the license plates of the police cars. Addressed about their demeanor, the women announced that they intend to file criminal complaints against the Federal Police officers. They did not specify what it was exactly that they held against the officers.

According to the two aggrieved women (24/34) from Hamm and Werne, the suspects insulted them, touched them inappropriately, spat on them, and pushed them.
The arrested men are Iraqi nationals, all of wom have asylum applications pending, and who reside in Wuppertal, Bochum and Witten.

The Federal Police have opened investigations against the men for insult, sexual coercion, and sexual harassment. Investigations are ongoing.

Update:
Rundblick Unna obtained a statement by police spokesman Volker Stall as to the two women who announced to sue the officers.

Three Muslims fired from government IT jobs for illegal access. Arrests may be next.

A couple of days ago, An American contractor in Iraq,  posted a video, weighing in on Trump’s new travel regulations.

Apparently it has enjoyed eight million views. Which is probably a gross underestimate as tons of people likely uploaded the video to their own servers as Express and the DailyMail do as policy, and therefore very possibly double that number in reality.

I suspect we are all looking forward to what comes next.

ISIS has reportedly struck the U.S. embassy in Baghdad in what could be the furthers incursion yet into Iraq’s capital.

On Tuesday the Islamist militant group took credit for a mortar attack against the embassy in Baghdad. The group bragged about the attack on social media, claiming that there were likely casualties.

This very honest MEMRI clip from a former Iraqi MP on the Islamic State and their rationale. This man appears to be very reasonable as well.

Here is just one of the money shots from this interview: The Fiqh, being sharia law and its demands and justifications for various actions, is, as he claims, more dangerous than nuclear technology. He is correct. A nation without Fiqh and with nuclear weapons may posses them for decades and not use them even in self defense. Israel is a fantastic example of that as they never even moved towards the button in wars that could be called existential. But now imagine a nation with both. And then we know why the world must not be apathetic on the matter of the Iranian bomb.

In their push to completely wipe out the national government of Iraqi Prime Minister Haider al-Abadi, terrorist members of the al-Qaeda allied Islamic State of Iraq and Syria (ISIS) Islamic Jihadist organization have made their way to the westernmost suburbs of Baghdad, as reported by CBS News on Oct. 10, 2014. CBS is also reporting that between the furthest advance of the ISIS column and the center of the nation’s capital sits Baghdad International Airport (BGW) where at least 300 American troops assigned as perimeter security, as reported by the McClatchy News Service on June 30, 2014.

**Well worth clicking through for the rest***

Nineveh (IraqiNews.com) On Monday, according to a local source in Nineveh province, the organization of the Islamic State in Iraq and Syria established two labs to manufacture weapons and explosive devices on both sides of Mosul, while pointing out that the organization began using the method of suicide attacks in the confrontations with the Peshmerga forces northwest of the city.

This is well worth watching.

The US is moving in another 300 troops for the US staff at the embassy.

You may wonder why only 300 additional troops…

including destruction of ancient art, some of which is sacred to some people, and the threat of brutal force if islamic religious observance isn’t adhered to etc. The video below was made and titled by ISIL themselves because they are proud of what they are doing. Even the Nazis tried to hide their fascist horrors. These guys use them for fund raising and recruitment. It is important that we try and do the calculous on that on our own.

1. Here is a video of Shiia volunteers getting ready to face off with ISIS/ISAL

The Iranian forces deployed to Kurdistan’s disputed areas and Nineveh province in response to the Islamic State of Iraq and Sham (ISIS) are made up of Kurds, Lors and Turks.

Security sources from Kurdish cities in Iran state that some Iranian soldiers have entered Iraq’s disputed areas and settled there under the excuse of fighting against ISIS. But on Wednesday a number of Iranian soldiers came close to Khanaqin, and they are high military advisors who previously trained Assad’s soldiers in Syria.

Iranian forces have entered the Kurdistan Region and are based in Naft Khana, a border town near the city of Khanaqin in Diyala Province, which is under control of the Patriotic Union of Kurdistan (PUK).

A reliable source in Khanaqin that asked to remain anonymous has told BasNews that the Iranians were deployed a few days ago after the Islamic State of Iraq and Sham (ISIS) took control of most areas of mid and northern Iraq.

4. Here is the one hour video by ISIS that was removed from YT:

(I haven’t seen it all yet. I doubt I will. But for those who want to read enemy propaganda in order to better understand them its required viewing)

5. Lindsey Graham on CNN discusses Iraq and attacks the presidents decision to not make a decision. Itself, a decision.

6. Shiias prepare for war with ISIS.

7. Another US legislator makes the argument against involvement in Iraq today.