As many of you may or may not know, The Al Queda handbook teaches the Muslim ‘diaspera’ to create ‘no go zones’ by setting fires and other anti-social acts that require a response from the state, and then attacking the various institutions who respond such as fire, ambulance, police etc. in order to create zones which are under Islamic control and sharia law. This strategy has been employed to tremendous success all over Europe as leftist ‘politically correct’ bureaucrats and government agencies who are either, on side with Muslims and more often, afraid to mention the truth in case they lose the illusion of stable good governance with the electorate, fail to properly inform the public about what is analogous to a cancer growing in the social body.

This is todays manifestation of the western response. Swedish firemen being made to dress for war, rather than fire.

H/T Steen with many thanks. Any error in translation is mine.

From the Swedish paper, Aftonbladet: 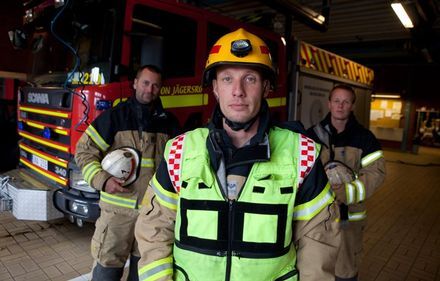 Firemen in Malmo Sweden are forced to dress more for war than for fighting fires.

“One has to weigh the risk of a fire  spreading, to the risks for our personnel”

Rosengård firemen are forced to get helmts with  face shields and borrow military bullet-proff vests. ” We  have reinforced our cars, but  they have suffered substantial damage anyway.” 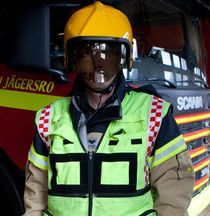 “Once a day we  have alarm from Rosengård, and we  never  know  what will happen.We  want the police in place first. If there is no risk for the fire to spread, we often don’t go there at all.”

“Many fires are made, just to get us there. Jägerro firemen are now eguipped with special helmets, that protects the face  and the neck. This  winther, when it was  worst, we  were forced to borrow bullet-proff  vests from the military.”

One senior collegue has quit the force, as he did not feel he could guarantee the safety of his men. Several others have asked to be transferred to service elsewhere other than Malmo.