There seems to be a common theme across the leftist media outlets today as news spreads of the results of Hungary’s referendum on EU migrant quotas. Pervasive are words that fit the leftist narrative such as “defeat” and “failure”. 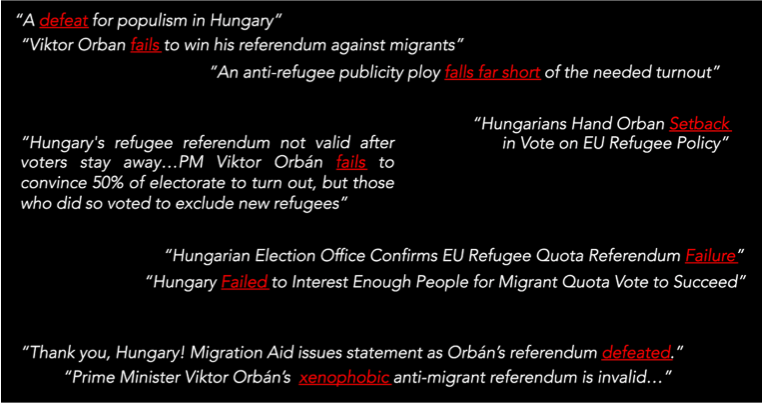 One particular article referenced Viktor Orban as “…a cartoonish leader” and stated that he now “…stands humiliated”.

What is cartoonish is the reporting. What is humiliating is the seemingly total lack of due diligence applied to an unfortunate number of “news” stories today.

A quick search provides one with all of the data required to fully comprehend the significance of what took place in Hungary yesterday, and what one will find is remarkable. 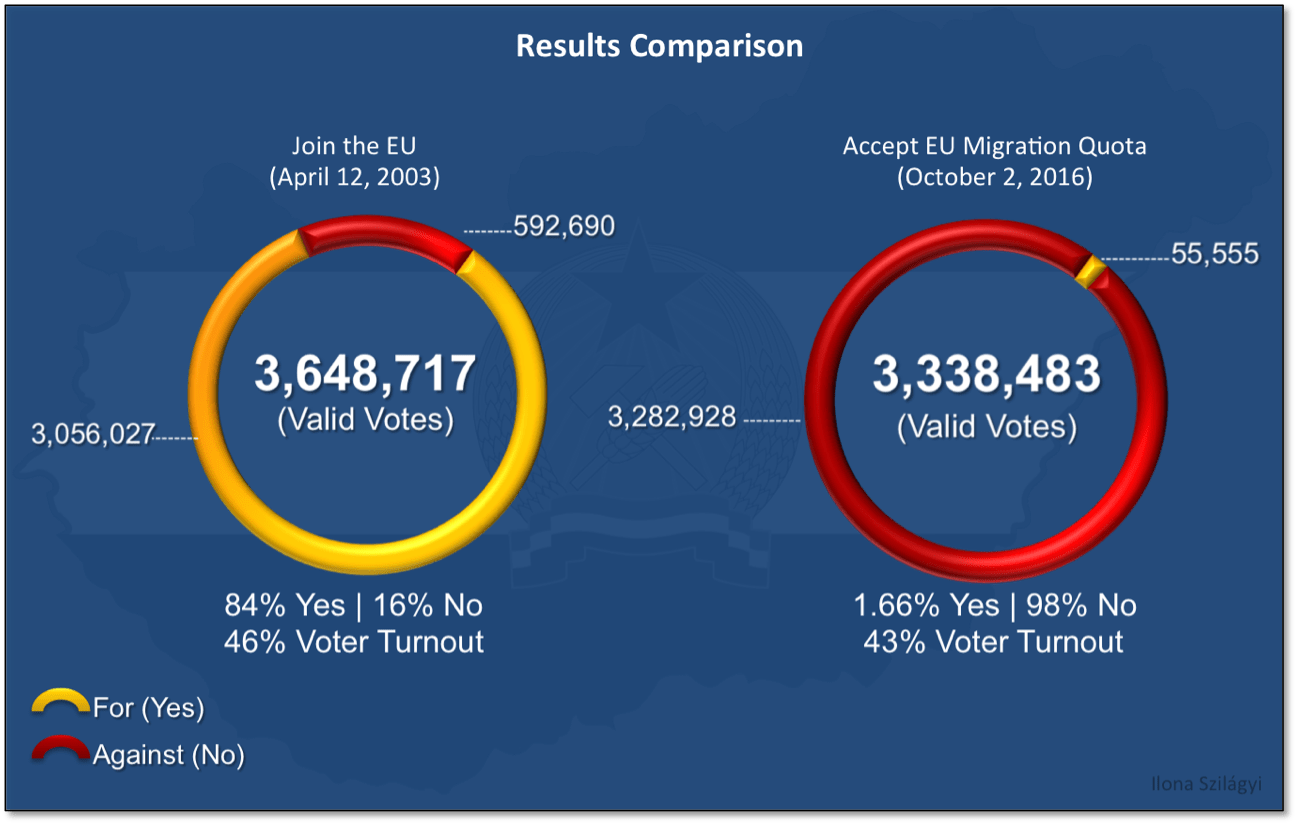 In 2003, Hungary held their referendum on whether or not they should join the EU. That received only a 45.6% turnout and of those who voted, only 83% (38% of registered voters) were for joining.

That is significant. There isn’t a single polling company in the known universe that would not consider 43% to be a sufficient enough cross-section from which to extrapolate.

This is anything but a failure. This not only demonstrates where the Hungarian people actually sit on this issue, but it absolutely provides a strong case for Hexit.

6 Replies to “The Hungary Referendum and Mainstream Media Spin”