From Muslims against Sharia blog: 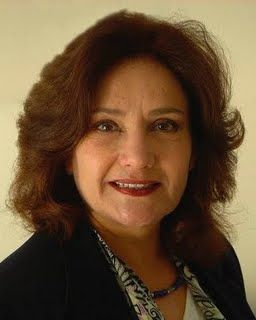 An arson fire was set only fifteen minutes before Nonie Darwish was set to speak at Boston University.
Frightful and getting worse. It was not two weeks ago that Nonie Darwish was canceled at the last minute at Colmubia and Princeton two weeks ago as student groups caved to muslim pressure. This intimidation and suppression of free speech is systemic. Pies were thrown at Robert Spencer at New York University just a couple of weeks ago. What next? Grenades?

And now arson. Of course this should be filed with the FBI as a hate crime – that vile piece of legislation that will be used against the wrong people.

The Darwish event was moved at the last minute. What follows is the a note written by the student who organized the event.

I just wanted to thank you for speaking at Boston University yesterday. I would like to apologize again for the confusion regarding the location of the event because of the fire. So far we know the fire was intentionally set in one of the bathrooms on the second floor of the building. It is still under investigation and I will let you know if any more updates come out. I was not the only person to think that the fire could have been set because you were scheduled to speak but I will inform you of any more developments. Once again thank you so much for coming toBoston University and I speak for everyone who attended the event when I say what you had to say was not only extremely important but a pleasure hearing.

Here is the link to the article that was written about the event:

The Arab-Israeli conflict will not be resolved unless the Middle East stops enforcing restrictive Islamic Laws on society, a writer and human rights activist said.

Nonie Darwish, author of several books including, “Cruel and Unusual Punishment: The Terrifying Global Implications of Islamic Law,” spoke about human and women’s rights in the Middle East at Hillel House on Wednesday to an audience of 15.

Darwish said finger pointing is a problem in the Arab culture.

“Part of the Arab culture that is standing in the way of reformation is a lack of self-criticism,” she said.

Darwish, who grew up in Cairo, Egypt, said her Gaza elementary school subjected her to “intense hate speech” and peace was never an option.

“A lot of what Arabs understand is really fabrication,” she said.

Darwish said she started speaking after 9/11 when she discovered the terrorist leader was from her hometown. Mohamed Atta, a 9/11 terrorist, is from Cairo.

“I called a lot of people in Egypt, and they said ‘How dare you say this? This is a Jewish conspiracy,’” she said. “My heart was broken, and I sincerely cried.”

“The truth is the only thing that will save them,” she said.

In addition, she said, Islam has wounded women. For example, men can have four wives and beat them for disobedience.

Women must have four male witnesses to prove rape, Darwish said. And women have to be virgins when they marry or they are killed.

“She has committed adultery unless there are four male witnesses,” she said. “Women are in prison for sexual violations.”

Darwish also discussed the rights of non-Muslims in Islamic countries.

“Under Islamic law, Jews and Christians can live in an Islamic country only if they live as inferior, pay taxes and give money to the Muslim state,” she said.

Darwish said she believes these laws are the root of the Arab-Israeli conflict.

“The root of the conflict is seventh-century laws that are still practiced today, and no one wants to end these laws,” she said. “It’s still on books and taken seriously.”

When any religion expands itself so much that it politically imposes on minorities, it leaves itself open to criticism, she said.

“When Islam becomes religious as well as political, a leader has to be criticized,” she said.

Darwish said moderate Muslims should get involved in ending the conflict.

“If you love your religion, you have to take it out of the hands of the radicals,” she said.

“A mutual respect is needed between the two religions,” she said. “If you’re teaching to hate the other side, peace won’t be accomplished unless two sides can acknowledge and begin teaching morals and values in their speeches and writings.”

Committee for Accuracy in Middle East Reporting in America Fellow and College of Arts and Sciences junior Adam Korn said Darwish is a fantastic speaker.

“You’re hearing from someone who lived through this, and her family has distanced themselves because she speaks the truth,” Korn, a BU Students for Israel Vice President, said. “Women’s rights in the in the Middle East is not a big issue, and it should be.”

With thanks to Atlas