Thanks to Niccolo for pointing out this important aticle. The fact that the third most common baby boy name in the UK today is Mohamed is probably no surprise to the readers of this blog or to anyone who has read Mark Steyn’s book, America Alone.

What is a surprise and far more disturbing, is the government of the UK, actually concealing information from it’s own people, information which the entire infrastructure and enormous cost of government is supposed to make available.

This has to be in the top five most seditious acts by a Western government since 911, and a seditious act not by a people against its government but a government against its own people. I am shocked and stunned by this. Frankly, the people of the united kingdom would be absolutely justified in full armed revolt against their government for this. One cannot possibly make a good decision for oneself, one’s family, or one’s community and certainly country if one is not in possession of the best information available. A government could be thought of as criminal if it merely neglected to collect or properly disseminate critical information but to knowingly deceive your own people because they may not like what you have done to their nation?

This escalates this entire matter to a new level.

Mohammed is now the third most popular boy’s name in England. So why this shabby effort to conceal it?

This week, the Office of National Statistics published a list of the most popular boys’ names in Britain: Jack, Oliver, Thomas, Harry, Joshua, Alfie, Charlie, Daniel.

They reflect a cultural tradition as old as the nation’s history, and would provoke approving nods from Jack the Ripper, Oliver Cromwell, Thomas Becket and Harry Hotspur.

There is just one small problem: the list is deceitful. In reality, the third most popular choice for boy children born last year in England and Wales was not Thomas, but Mohammed. 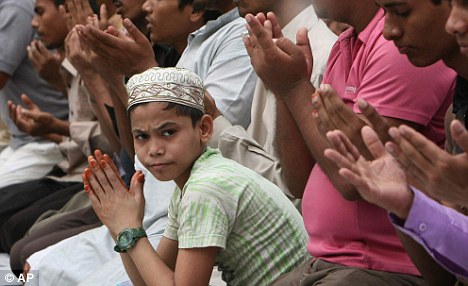 Deceitful: When both spellings of Mohammed are combined it is the third most popular boys’ name in Britain.
The ONS explains blithely that it had no intent to deceive. Its normal practice is to catalogue different spellings separately, as in Mohammed, Muhammed and so on.

But if you add these variants together, as surely seems logical, then Mohammed is right up there, near the top of the list.

Unfortunately, in recent times we have been given plentiful cause for paranoia about attempts by official bodies to conceal from us information about the changing face of Britain which our rulers know that many people will not like.

Immigration figures are routinely distorted. In a rare moment of honesty, a Labour Home Secretary conceded that he had no idea just how many migrants dwell in this country, because of the huge and unquantified pool of illegals.

Many EU nations decline to collate statistics about the religious affiliations of their populations, to avoid rousing sentiment against Muslims.

The ONS’s hit parade of children’s names, as released for publication, seemed designed to mask a simple truth which dismays millions of people, and which politicians and bureaucracies go to great lengths to bury: the Muslim population of Britain is growing extraordinarily fast.

In 2007, 28 per cent of children born in England and Wales, rising to 54 per cent in London, had at least one foreign-born parent. In 2008, 14.4 per cent of primary school children claimed some other tongue than English as their first language.

The Muslim population is now close to two million, over 3 per cent, and rising fast because Muslim families have more children than most of the rest of us, many of them named Mohammed or Muhammed.

Muslim population has doubled in 30 years, and will double again on present projections by 2015. By 2060, Britain is expected to be the most populous nation in the EU, with 77 million people  –  this, though today Germany’s population is 20 million larger than ours.

A bleak body of pundits, many of them American neoconservatives rather than spokesmen of the British National Party, believe that Europe, and Britain in particular, is threatened by a Muslim tide which will not merely transform its traditional culture but, frankly, bury it.

In a series of recent books, they argue that Islam is colonising this continent in a fashion that will render it unrecognisable a generation or two hence.

Even if this is overstated, the statistics paint a grim picture for those of us who do not wish to live in a small island crowded with 77 million people, even if most of the newcomers were white Australian Christians.

No government massage of the numbers can blunt the fact that a host of migrants is here, most of whom espouse an entirely different cultural tradition from our own.

If a fraction of what we are told about the threat posed by climate change to the world’s poorer societies is true, then vastly more of their inhabitants will seek to move West in the decades ahead. 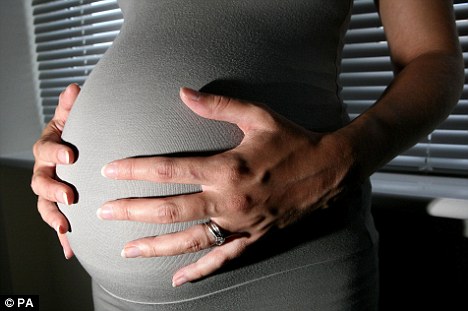 Terrifying: But 2060 Britain is predicted to have a population of 77 million
It seems fantastically naive to suppose that many of these newcomers  –  or even their children born here  –  will start reading Jane Austen or tuning in to The Archers. They are likely to change Britain, and indeed Europe, more than we shall change them.

The big thing that makes this wave of immigrants so different from those of the past, who became integrated into our society and our ways, is that it is so vast. After World War II, some thousands of Poles settled here, who could not face returning to a communist tyranny.

Many of them had names like Wladyslaw or Miroslaw. Yet when they married and had children, few gave these Polish names. Most became Jacks and Olivers and Harrys. Today, their grandchildren are indistinguishable from ours.

It is hard to believe the same will be true in Birmingham or Leicester, where Muslims are soon expected to outnumber whites. Today, the adolescent children of immigrants tell pollsters that they feel much less integrated into British society than many of their parents profess.

The problem is intensified by cultural problems which are entirely of our own creation: we, the old British, have grown deeply unsure about what we believe in. This helps to explain our fervent attachment to the memory of World War II.

It is a much more powerful force than Christianity. It was the last event in our collective experience about which we are sure we were on the right side, and did well.

Ed Husain, the former Muslim radical whose 2007 book The Islamist painted vivid images both of the shortcomings of British society and Muslim attitudes towards this, wrote: ‘In mosques, after prayers, many of my Muslim friends rightly ask what we are supposed to integrate into. ‘Big Brother’ lifestyle? Ladette culture? Binge drinking? Gambling?’

A society capable of elevating Jade Goody from victim into iconic martyr; whose juries repeatedly refuse to convict footballers even on overwhelming evidence because they are granted the privileges of secular saints; where four-letter language is happily indulged by the BBC and schools seem unable to produce literate children, is scarcely in a strong position to pontificate about British values.

In any discussion about Muslims, we should acknowledge that the morality prevailing in many of their households is at least the equal of ours, and sometimes superior to it.

Because we know this, because we have lost confidence in our own cultural identity, we flail and blather about how to respond to the unprecedented ethnic and demographic turmoil which our politicians have unleashed upon us.

Muslims in Britain will become eager to integrate only when they perceive our society as possessing equal or superior virtues to their own, as today many do not. Only in the treatment of women can we claim to occupy conspicuously higher ground.

Even those of us who deplore the almost uncontrolled tide of immigration should acknowledge huge problems in our own society  –  the loss of shared disciplines, values and respect  –  for which newcomers bear no responsibility.

Britain, two generations hence, threatens to become a mere camp site for 77 million people of many races, for whom this represents a mere place to sleep, eat and make money. To avert this, we must address a series of related challenges.

First the next British government must effectively limit immigration. Thereafter, we should follow the French in outlawing the most conspicuous manifestations of cultural separateness, notably the face veil in schools, in law courts and other publicly administered institutions, and at airport security.

Most important, we must rediscover a belief in ourselves, a sense not so much of British nationality as of British community, which others can see the merits of sharing. Parts of this country  –  its middle-class islands  –  are still wonderful places to inhabit. They are still definably old Britain.

Others, above all the inner cities, seem lost to civilisation. Everyone outside them, and especially our politicians, have abandoned them to unemployed families, feral children, unchecked crime and huge immigrant communities which may live in this country, but are tragically not of it.

Unless we can reclaim these huge areas, and their inhabitants, we shall become a divided society, no longer recognisably British, of which a host of young Mohammeds and Muhammeds will be the symbols.
Read more: http://www.dailymail.co.uk/debate/columnists/article-1212368/Mohammed-popular-boys-England-So-shabby-effort-conceal-it.html#ixzz0QrD1v6QW

4 Replies to “Govt. of England lies to it’s own electorate to conceal important facts.”