This week’s stories remind us once again of how ‘old fashioned’, rational thought is being replaced by ‘progressive’, irrational ideology. The Loony Left in its mission to create a better, more thoughtful world continues to cast aside what they consider the useless notions of public consultation, debate and majority consent in favour of their gentler, wiser, dictatorial approach. Initially we at vladtepesblog were reluctant to post these stories, as we felt they may provide more data for the social engineers of our cities to expand their role of government interference in our personal choices and anything else enjoyable. Quickly concluding they will rail on regardless, we got over it. Enjoy.

#1. From The U.K.  Man Banned from Buying Flowers. Co-op Supermarket customer David Houlgate wanted to buy some flowers for his daughters but was denied the purchase after store staff told him they had ‘passed their due date’. Despite the fact that the flowers had been reduced for sale and had some life left, the grocery had slated them for destruction.

‘I can understand not selling food which has gone past its sell-by date – but flowers? I did tell the manager that I wasn’t planning on eating them, but she insisted I could not have them”, Mr. Houlgate said adding, ‘It’s frankly ridiculous that flowers cannot be sold to someone willing to buy them simply because they are past their sell-by date.’ Co-op’s customer relations officer reiterated store policy stating, ‘In the case of plants and flowers, we are unable to guarantee the quality of these products after their expiry date, therefore instruct the store not to sell them.’ 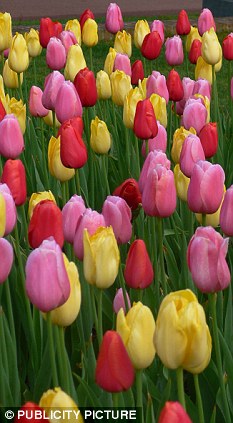 #2 From Canada.  Five Year Old Boy Bullied off Bus.  A Saskatchewan boy has been banned from riding the school bus to and from school because he has been bullied. Five year old Ryan who wears a prosthetic, was so badly bullied by older students riding the bus, that his parents have been instructed by school officials to drive both he and his sister the 40 km. trek to school. Ryan’s father Robert Coomber, approached both the bus driver and the school principle asking that the bullies be disciplined, but was referred instead to the school division. Despite calling the RCMP and attempting to speak to the parents of the other students on the bus, Mr. Coomber says he received no satisfactory answers. School division representatives ensure that a  zero-tolerance to bullying is in effect. Mr. Coomber is seeking court action.

#3. From The U.K.  Catholic School Girls Labeled Truants for Refusing to Wear Hijab. Girls from a British Catholic high school were ordered to don the hijab for a field trip to a mosque and, if they refused to comply, would be met with a ‘negative’ inspection judgment. The visit to Al Rahma Mosque in Liverpool was arranged to promote ‘community cohesion’, designed to foster tolerance, respect and understanding of other world religions (at a cost of 3 pounds per student). Parents were outraged, and at least 10 families have refused to dress their daughters in the Muslim garb. In response to the refusal, the headmaster of Ellesmere Port Catholic High School in Cheshire wrote stern letters to parents warning them that both the trip and Muslim dress were mandatory and the failure to attend dressed ‘appropriately’ would result in a truancy offense. One angry mother said ” I can guarantee that if there were ten Muslim girls coming to our school it would adhere to what they wanted because that is their faith, their religion, their dress code”.

#4. From Australia.  Bikini Clad Meter Maids Told to Cover Up. A fixture on the bustling streets of Australia’s Gold Coast, bikini wearing meter maids have been forced to cover-up. Easy to spot in their gold swim suits, hats and white boots, the women sponsored by local businesses, carry coins to top up parking meters preventing motorists from receiving hefty fines. The friendly maids have already fallen on hard times, as a previous council decision has prevented them from selling their calendars. Now the ‘inappropriate’ bikinis must go. Meter maid Pernilla Eriksson called the ban ridiculous adding ” Bikinis have been on the Gold Coast for over 50 years. Why wouldn’t you use them to promote the Gold Coast to visitors?”.

Below, is the text of the subtitles, of the English translation from the news report from Swedish Media, Aftenbladet’.
The artist Lars Vilks was assaulted at 5.30 pm on Tuesday when he was lecturing at Uppsala University. The lecture was filmed and the camera caught the assault.
[Noise – “Allahu akhbar” etc.] The lecture had only just begun when a man rose and jumped at Vilks. Vilks said he was hit in the chest
[a dansk kallle — a head-butt] and punched in the face, so that his glasses broke. Great confusion arose after the attack, and a policeman was even hurt during the tumult.
[More “Allahu akhbar”; policeman: “get back, get back”] After the assault Vilks was taken to safety. Two persons were taken into custody immediately afterwards. Vilks’ lecture was about his own work and art and freedom of expression. It was when Vilks showed a film with sexual content that the air was filled with hatred. Vilks previously received several threats on his life after depicting the Prophet as a roundabout dog.