Below is a machine translation from this site. Thanks very much to ESW of Mission Europa for these excellent photos of the event. It is so good to see one of the worlds most profoundly persecuted minorities, and I might add, the actual indigenous people of Egypt, begin to at least publicize the facts of their existence. 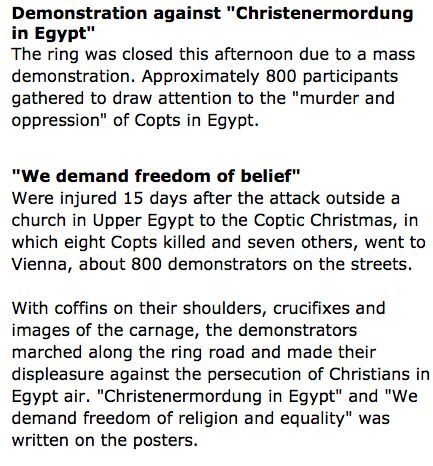 A recent demonstration in Vienna, Austria has called for an end to the persecution of Coptic Christians in Egypt.  While the OIC (Organisation of the Islamic Conference) tries to impose global heresy laws on the world to prevent the criticism of religion, Egyptian non Muslims feel the full force of religious persecution.  Where is the concerned voice of the OIC in the preservation of the ancient religion of Egypt, Coptic Christianity?  Of course the OIC is silent because all it cares about are the objectives of political Islam and its desire to become the religion of the entire world.  The OIC should end its charade; it claims to be concerned about human rights abuses but is unwilling to raise its voice when such abuse occurs in the name of Islam.  Can we therefore conclude that the OIC member states are a set of hypocrites who only care about their own narrow political agenda and do not care a jot for the interests of humankind and civilised values?

It must be remembered that the Copts inhabited Egypt before the Islamic invasion and descend from the majestic lineage that built the pyramids and played such an important role in helping found Western civilisation.  We hear so much about the illegal occupation of Judea and Samaria by the decedents of that region’s ancient inhabitants.  The ancient inhabitants of Egypt are a persecuted minority in Egypt.  Those of us who live in the West will suffer the same fate if our despicable political leaders continue their misguided pro sharia policy that proceeds under the disguise of multiculturalism.

It is surely time to stand up to real intolerance!

The following are photographs from the Vienna demonstration in favour of rights for Christians in Egypt: 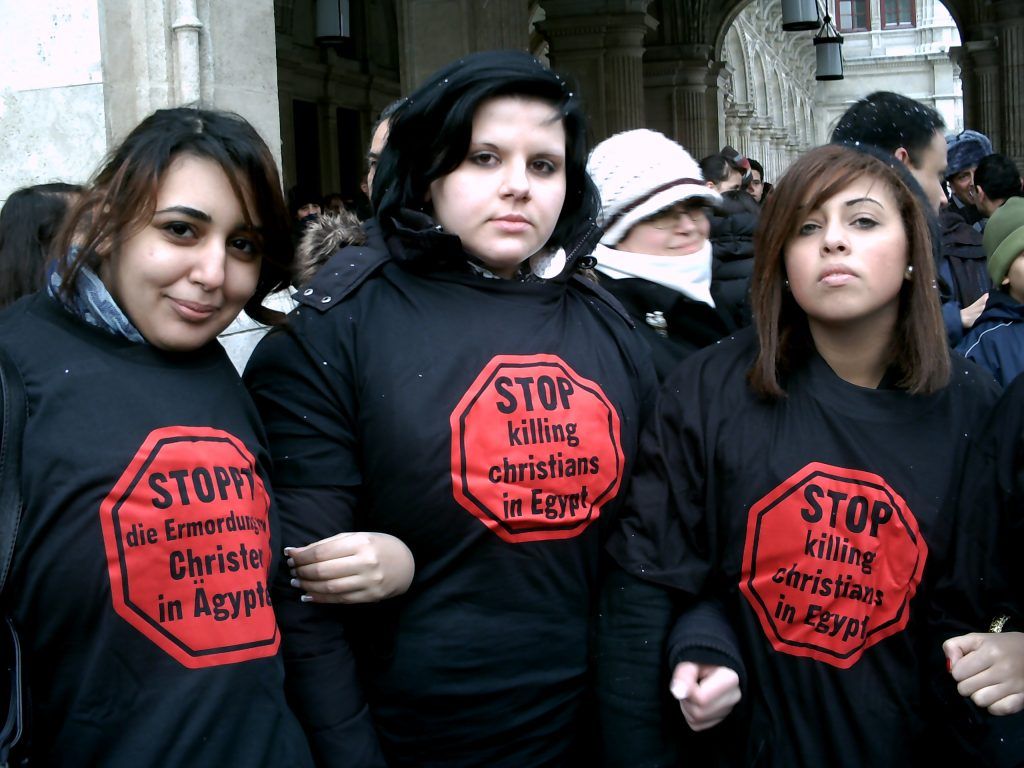 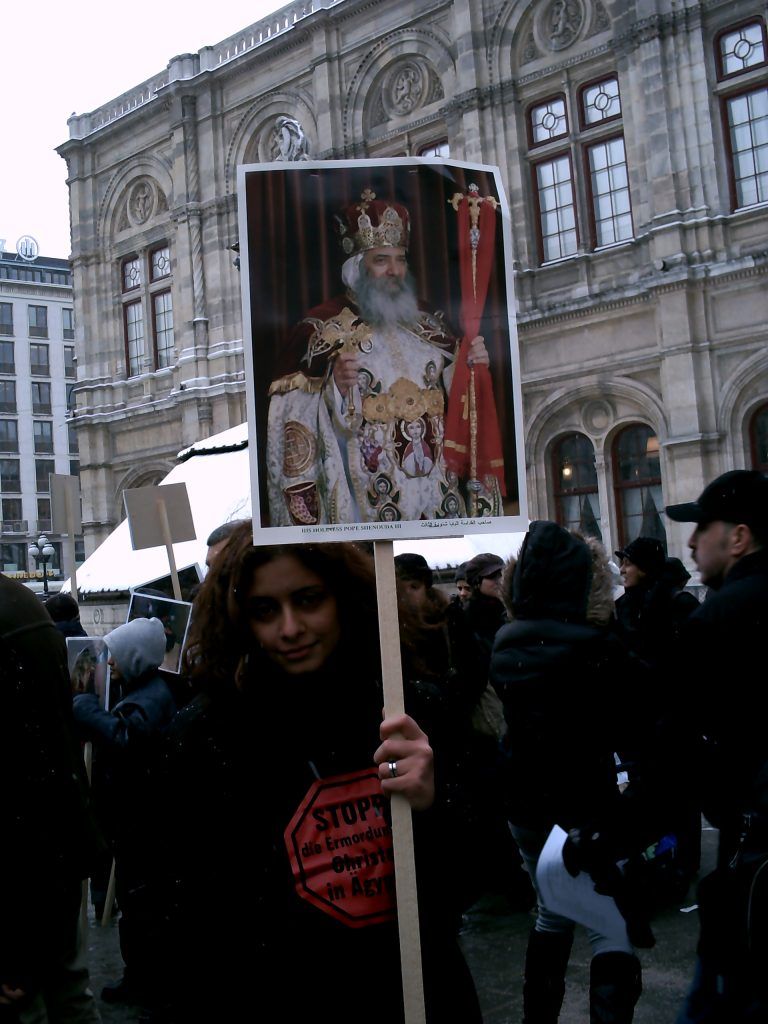 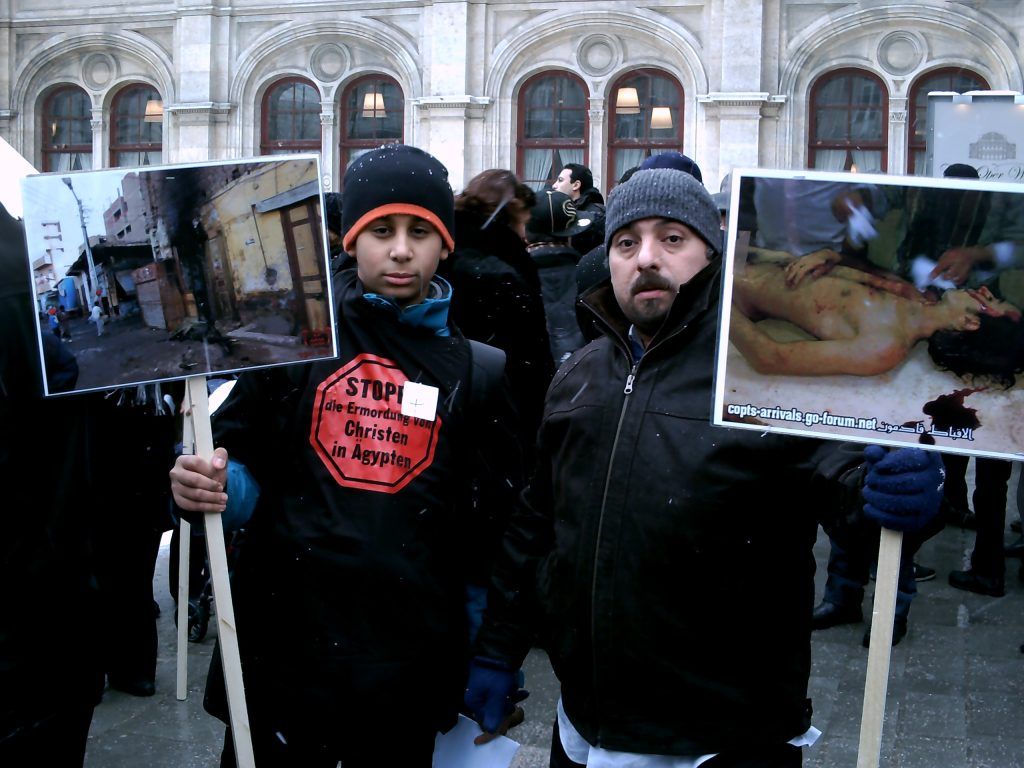 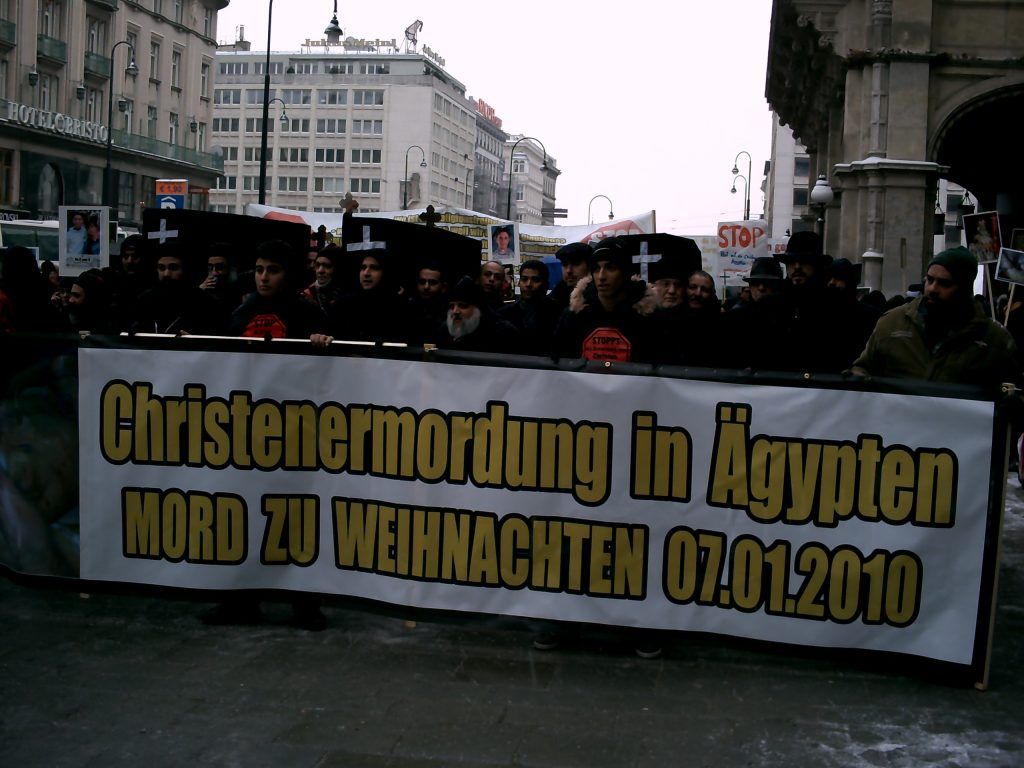