Not for the first time, Vladtepesblog asks what exactly is Canada’s role in Afghanistan? What is it we seek to achieve? If we are propping up a government that is fully committed to sharia law, I say we destroy terrorist infrastructure and methods of raising money such as opium cultivation with tons of Agent Orange and leave them with a warning that if they attack Canada or it’s allies again we will launch major ordinance against them from which they will not recover. 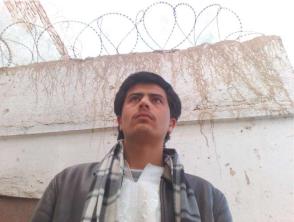 An unexpected turn in the case of Sayed Pervez Kambakhsh. Perhaps Karzai decided he needed to do something “moderate”-looking in a hurry. “Clerics and hardliners vent their fury at Pervez release,” by Kim Sengupta for the Independent, September 8:

Conservative and religious groups in Afghanistan reacted with fury yesterday to the news that Sayed Pervez Kambaksh, who was sentenced to death for promoting women’s rights, has been freed.

After President Hamid Karzai secretly pardoned the 24-year-old student, hardliners called for an urgent ulama, a meeting of Islamic scholars, to organise protests against the decision.

Mr Kambaksh’s brother, Sayed Yaqub Ibrahimi, said he was “very glad, very happy” at what had happened, and human rights organisations and a number of liberal parliamentarians welcomed the news.

The fate of Mr Kambaksh became a cause célèbre after his plight was revealed by The Independent. A petition to secure justice secured more than 100,000 signatures and the Afghan government came under pressure from Western leaders to free him.

Mr Kambaksh’s original death sentence was set aside by Afghanistan’s Supreme Court. But the judges ruled that he must serve at least 20 years in prison. Following the presidential amnesty he is now starting a life with a new identity in another country after 20 months of incarceration.

Mr Ibrahimi said: “We are all very happy that so much progress has been made with Pervez and I want to thank all the people who have helped in this. I have to be careful about what I say but, of course, Pervez should never have been put in that position, it was wrong. The family is very glad he is out.”

But yesterday in Kabul, Maulavi Hanif Shah Hosseini, a prominent mullah, declared: “Kambaksh committed a crime against the Koran and the people who conspired so that he escaped the law have also committed a crime.

“All the decisions to help this man who disrespected Islam are coming from the foreigners. But the decision to follow along with this came from Karzai and the Afghan government and we disown them. We are going to call for a gathering of the ulama to decide what to do. We are not going to make a big stand against this and any trouble will be the fault of people who helped Kambaksh.”

Qari Rahmatullah, MP for Kunduz, said: “This just shows that our country is not independent. Our policies are dictated by outsiders. Why should a man be allowed to insult Islam and then just walk away?” And he added: “Good Muslim people will be unhappy about this and Mr Karzai will have difficulties if the voting [in the election] goes to the second round.”

A number of reports suggest Karzai has covered his bases there.