I guess that’s justice for representing a party that has inundated Britain with immigrants and coddles the Muslim vote as if the very life of the party depended on it. [They are not far off on that one though.] 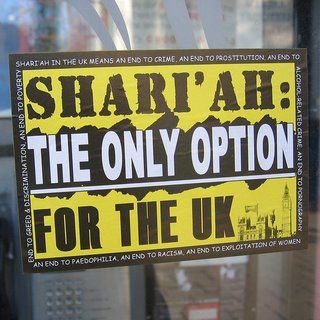 The Labour Party has become embroiled in a race row after a prospective female councillor was allegedly told she was ‘too white and Jewish’ to be selected.

Elaina Cohen claims that Labour councillor Mahmood Hussain said he would not support her application for an inner-city ward because ‘my Muslim members don’t want you because you are Jewish’.

Mrs Cohen, 50, has made an official complaint about the alleged remarks made by Mr Hussain, a Muslim and former lord mayor of Birmingham.

She said: ‘I am shocked and upset that a member of the Labour Party in this day and age could even think something like that, let alone say it.

‘People should not be allowed to make racist comments like that. If someone in the party feels I cannot represent them because of my colour or religion, that’s ridiculous.

‘I felt particularly aggrieved because I have worked across all sections of the community, particularly with the Muslim section, and have been on official visits to Pakistan.’

Mrs Cohen had applied to stand as a Labour councillor for the Birmingham ward of East Handsworth and Lozells, which has a high Asian and Afro-Caribbean population.

As one of Labour’s safest seats on Tory-led Birmingham city council, the final candidate would be almost certain of victory at the June 4 by-election.

But when Mrs Cohen telephoned 57-year-old Mr Hussain for his support, she was astonished to be told that she was too ‘white and Jewish’ to be considered.

Lorraine Briscoe, who runs a local community association, was sitting next to Mrs Cohen when the conversation took place on speakerphone last Tuesday.

‘I was disgusted that a councillor could make comments like that in 2009,’ she said.

‘He told her, “They will not vote for someone who is white and Jewish. My Muslim members don’t want you because you are Jewish”.

‘Elaina then asked him if he had talked to his Muslim members about it and he said, “I don’t want to talk about it with you” and hung up.

‘Elaina does a lot of good work in this community and she does not see race or religion, she just sees people.’

Two days after the alleged conversation, Mrs Cohen and another candidate were rejected by a pre-selection panel after failing to gain the support of the local party.

Instead, members were presented with one candidate, black South African Hendrina Quinnen, who was selected by an almost unanimous vote.

Mr Hussain said yesterday: ‘I would not make those sort of comments. The allegations are not true.’