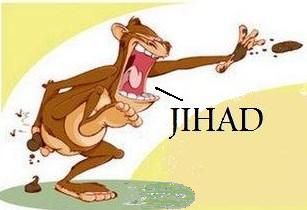 From CNEWS April 14-2009  LONDON – An unemployed chemist was jailed Tuesday for spraying a mix of urine and feces on food, wine and children’s books in several British stores.

Sahnoun Daifallah was sentenced to nine years in prison after being found guilty of four counts of contaminating goods.

The 42-year-old Algerian carried a mix of his waste in a container of weed killer concealed in a laptop bag, a court found. Using the nozzle, which poked out of the bag, Daifallah was able to spray large areas, leaving a powerful stench and causing tens of thousands of pounds worth of damage.

Daifallah’s first target was the Air Balloon pub and restaurant near the town of Cheltenham, which he visited around lunchtime May 14. Kate Rochead, on duty that day, told The Associated Press she didn’t know exactly what area he sprayed.

“All we know was that it was a horrendous smell that was left behind,” she said.

Daifallah next visited a bookstore in neighbouring Cirencester, dousing hundreds of books – most of them in the children’s section.

Local police said the products weren’t handled by customers, but Morrisons, one of the supermarkets targeted, said a small number of goods were returned as a precautionary measure. Tesco, the other supermarket hit by Daifallah, declined comment.

Police were able to identify Daifallah using security camera footage. When they raided his home, they found a stockpile of the substance and plans to spread it. Plastic bags containing excrement were marked with the names of cities on them.

Daifallah represented himself at Bristol Crown Court, where he pleaded not guilty.

4 Replies to “Algerian jailed for spraying urine, feces on food”