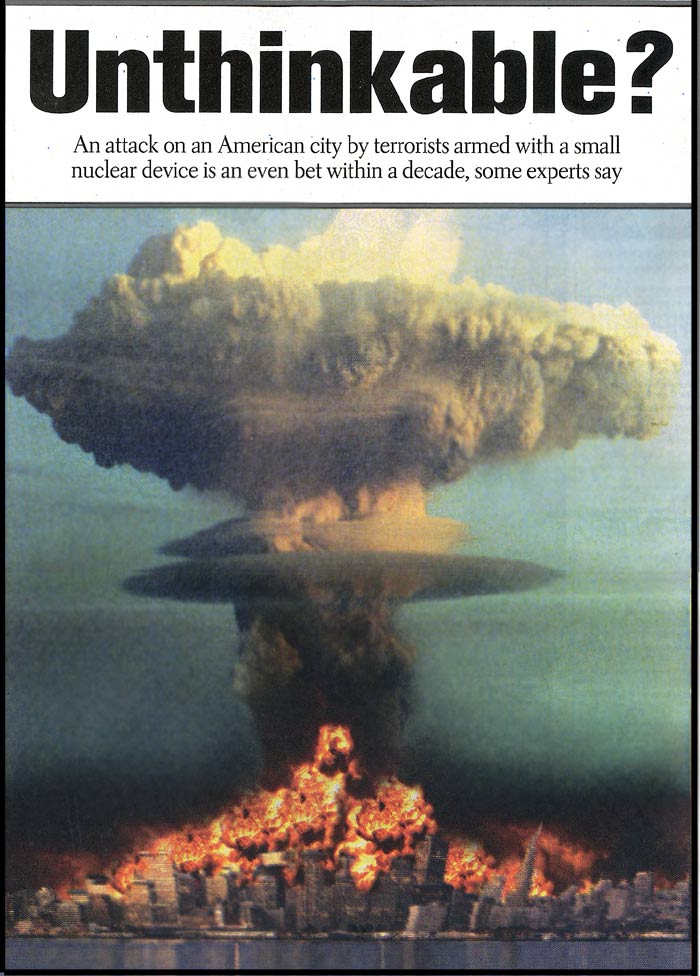 The Russian was made to believe by undercover agents that the radioactive material was to be delivered to a Muslim organization.

from the New York Times

MOSCOW — The metal cylinder supposedly contained eight pounds of plutonium 239, a highly dangerous radioactive material that could be used in a nuclear weapon or a dirty bomb. The price: $10 million, sought by three Ukrainian men, officials said Tuesday.

The men did not make a sale, the officials said, but were arrested in an undercover operation in Ukraine last week that was conducted by the Ukrainian Security Service. Still, while the plot was foiled, it underscored longstanding concerns that unsecured radioactive material in the former Soviet Union might fall into the wrong hands.

She said americium could be deployed in a dirty bomb but not in a nuclear weapon.

“They wanted to sell it as plutonium,” she said. “They were asking for $10 million for it because they thought that it was plutonium.”

Ms. Ostapenko declined to disclose further details and she would not identify the three men who were arrested, other than to say that one was a lawmaker in the western region of Ternopol, and the other two were local businessmen.

The men were arrested last Thursday and charged with illegally handling radioactive materials. If convicted, they could face up to 15 years in prison, officials said.

In a statement, the Ukrainian Security Service said it had determined that the radioactive material was produced in Russia before the Soviet Union’s collapse in 1991 and might have been smuggled into Ukraine from a nearby country.

Ukraine has no nuclear weapons, though it does have nuclear reactors and was the site of the Chernobyl accident. All of the former Soviet republics have repudiated nuclear weapons, with the exception of Russia, which inherited the Soviet arsenal.

Experts have repeatedly warned that poor safeguards, political instability and widespread corruption in the former Soviet republics could make it possible for people to obtain nuclear materials and sell them.

The American government has spent hundreds of millions of dollars in recent years to try to help governments in Russia, Ukraine and other former republics protect nuclear materials.

In 2006, officials in the former Soviet republic of Georgia aressted a Russian man who was offering to sell 100 grams of highly refined uranium, about 3.5 ounces, for $1 million. The Russian was made to believe by undercover agents that the radioactive material was to be delivered to a Muslim organization.