Preface: “Concerned Citizen”, besorgter Bürger, is a recent, sarcastic pejorative for people who criticize the government’s “refugee” policies, implying that only losers would be concerned. Example: “I wonder if Germany can handle that many migrants” – “Haha, look at this concerned citizen!”

I am one of them. A concerned citizen. Now go ahead, ridicule me.

Thilo Schneider
I have a 19-year-old daughter. She is, in my opinion, a pretty and ambitious girl, funny and sensitive. Back then, 36 months ago, I did not care if she went to town or to a club, on her own or with a friend. I thought it was cool when she and her girlfriends took the train to visit other major German towns, maybe party. She is young, full of life, it is her bloody right to explore the world.

These times are over. I am worried. I have lost faith in the state protecting her and her girlfriends when I’m not there. I lost trust that the people she will meet will respect her dignity and her integrity. I am worried for her. I don’t want to constrain her, but I lose sleep when she’s not home. We did not read for her at bedtime, and we did not do math homework with her, so that some asshole from some weird country gropes her because, in his eyes, she is an “unbeliever slut” and “worthless”. And I don’t trust that anyone will help her if she is in duress. After all, she is “only” a “German”.

I am aware that there are also filthy pigs among those “who have been living here for a bit longer” [Merkel’s recent expression to avoid the word “Germans”], who can’t keep their hands off others, but in my opinion, this is not an argument to invite people in, sort of as a “compensation”, who have a — let’s say “conservative” — view of women, and where our state isn’t even interested in who they are, how old they are, and what they are up to.

I am sorry that she can’t grow up in the same free country that I grew up in. I am sorry that she can’t go to a swimming pool without taking care, without constantly being on the lookout for whether trouble is imminent, and without keeping “an arm’s length distance”. As if anyone whose entrance ticket I subsidize with my tax money would care. Thank you to those who opened the flood gates without examining who is coming in. I imagine that neither I, nor my children deserved this.

Perfect target for “the new arrivals”
My son was beaten up by Russians. Just because. Because they could. He did not fight back, to prevent worse. He was right. There is no point in resisting. Our children were not raised in, and for, violence. This makes them, when the state fails, perfect targets for the “new arrivals”. The “integration industry”, which battens itself at the public trough, does not even watch in indifference. They watch as appeasers, insulting and downplaying, spitting on the victims of the collateral damage of their protégés who allegedly “seek refuge”.

We spend Christmas behind concrete barriers, the controls at concerts are stricter than at the airport. And, yes: some districts with predominantly newly arrived inhabitants are now filthy and dirty and not a good place to live. Because it is the people living there who lack any consideration and respect for other people’s property, because they have completely different challenges and desires.

They have no obligation to the greater common good outside their own family and clan. And those zones are under the rule of the relevant clans. And they behave accordingly. They hate me, and the country that reached out to them when they were in need. They still like to take our monthly welfare cheques.

And I am getting older and wondering where I can find affordable living, where I won’t have to dwell under threat for life and limb. Yes, I am concerned. I am a concerned citizen. Now go ahead and ridicule me. 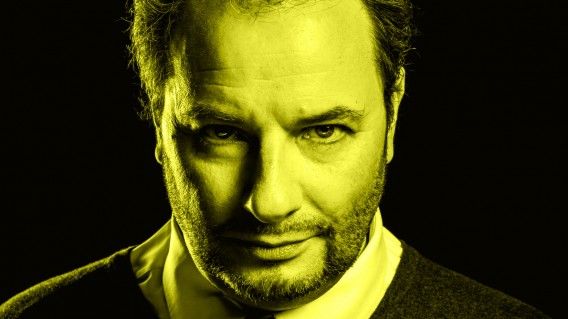