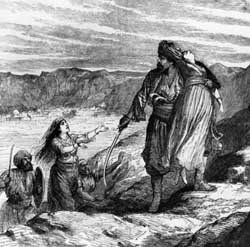 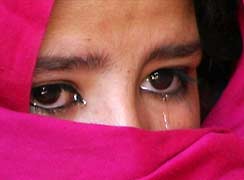 A new law passed by the Afghan parliament that reportedly legalizes marital rape, among other measures, is just an attempt by President Hamid Karzai to win the favour of extremists, say critics.

Journalist and women’s-rights activist Sally Armstrong, who has reported extensively on the state of women in Afghanistan, says the law is simply an attempt by Karzai to win the critical swing votes of conservative Shia men ahead of presidential elections.

“It’s a cheap piece of electioneering on the backs of the women and girls of the country, just so he can hang on to power,” Armstrong told Canada AM. “This is a man who has spoken about the rights of women… but he sold them out to get the extremist men vote.”

Armstrong points out that even though only a small percentage of Shia men would welcome the law, all women would be affected.

“They’re selling this as just for Shia women, but that’s nonsense. The content of Shia law is, it will affect every woman in the country,” she said. END_OF_DOCUMENT_TOKEN_TO_BE_REPLACED

More outrage inflicted upon the British people by 5 Somali muslims and former asylum seekers who have been found guilty of rape and sexual activity with children.

That in and of itself is abhorrent enough – five perverts go to the UK for supposed safety and return the hospitality by raping their children. But another rape has also taken place – the rape of the UK taxpayers who have to pay for the legal aid and the ridiculous 5 “private” interpreters.

Five men, all refugees from Sudan, have cost British taxpayers a total of £125,000 for the interpreters and individual barristers, all supplied by legal aid.

“But …but..” says the multiculturalist “these guys are misrepresenting Islam! Islam forbids such practices!”

Actually, no it does not. Muhammad himself, the profit of Islam, was a child molestor:

“Aisha (may Allah be pleased with her) narrated that the Prophet (may the blessing and peace of Allah be upon him) married her when she was six years old, and he consummated her in marriage when she was nine years old. Then she remained with him for nine years (i.e. till his death)”.