Meet the Vice Police Chief of Berlin, lawyer and former judge Margarete Koppers, who is responsible for turning the Berlin Police Academy Spandau into a hot mess by recruiting 36% migrant students (see This Is The Enemy In Our Own Ranks and Police Leadership Knew of Conditions At Academy). 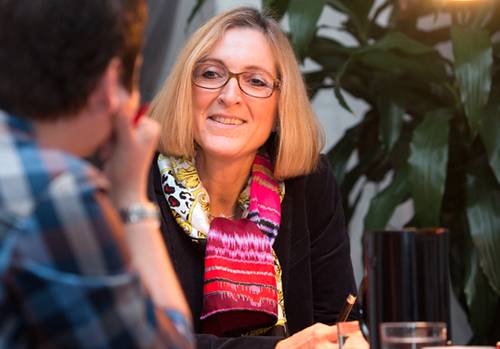 We found this old interview in the gay city magazine “Siegessäule” from Berlin, and think it is pretty self explanatory. It is undated, but considering when Mrs. Koppers was appointed, we estimate it is from December 2012.

An Interview With Berlin’s Police Vice President
All Machos?
Margarete Koppers talks to Siegessäule about diversity, homophobia and her own coming-out

December 20 [no year given] – She almost became the Police President of Berlin. For one and a half years, Margarete Koppers led the Berlin police provisionally, then she applied for the position as chief. She is seen as an ambitious woman, calmly coordinating the office, and stepping forward against the Rambo image of the police. Late 2012, interior Senator Henkel finally appointed Klaus Kandt, an outsider, for the job, and Koppers remained vice president. Complaints about homophobia and transphobia fall into her responsibility, and she attends many community events. Siegessäule wanted to know what motivates Margarete Koppers and if her living in a lesbian partnership prevented her becoming chief.

Siegessäule: You champion diversity in the police Berlin. So what does that actually mean?
Margarete Koppers: Diversity means that all ethnic groups and all minorities that live in this city are represented in the police. And also, to give each minority the chance to participate in professional success.

What is the aim of the diversity-strategy?
The aim is that we develop different relations between each other within the office, but also outwards. The aim is not to focus on the repressive view, but to see ourselves, and to be seen as, part of society.

The aim should also be to avoid prejudiced investigations. When I look at the NSU murders, they didn’t investigate in this direction for a long time.
Exactly that is the learning curve. To accept people of different background, different religion, different sexual identities just as we accept the ‘majority society’, and that we don’t treat topics stereotypically.
(…)

Aren’t racism, sexism and homophobia a structural problem in our society? Why should that be different in the police Berlin?
You should define what you mean by structural. The way I understand it is that an authority has got structures that make such behaviour possible or even encourage and codify it. But our rules are exactly the opposite.

Is there training on these matters?
We have several modules in the training about this. From history lessons to attending events. We have just dedicated a memorial in front of the Berggruenmuseum. There used to be a police academy that became infamous during National Socialism. Additionally, we work together with NGOs like Maneo or the Federal Anti Discrimination Office, to address issues like racism and homophobia. There also are mandatory modules in further training, but the attendance depends on if the colleagues can get a release from duty.

Since last year, there is a dedicated contact for hate crimes and homophobic crimes in the Prosecution Berlin. Do gays and lesbians now increasingly turn to that contact?
I can only answer that question for the police contacts. We have good success with the gays, but it is more difficult with lesbians. My colleague who is responsible for that tells me that it is much more difficult to get the trust of women. There is a double obstacle, namely, as a woman, and a lesbian, to turn to the police, which is traditionally perceived as male-dominated and macho-like.

Can policemen and -women be openly gay and lesbian at the workplace?
I think that, depending on in which actual environment they work, there are prejudices. I know that many colleagues are open about their sexual identity, but I also know, and this also affects the leadership, that colleagues strictly differentiate between job and personal life. Secretiveness surely leads to more problems than openness.
(…)

What did you find tempting about the police authority? You used to be a judge, and then a research assistant at the Federal Constitutional Court. Then this change to a male club with esprit de corps and a strict hierarchy. Doesn’t sound all that attractive.
I have perceived the police differently in my career, because, as a criminal judge, I have always closely worked together with the police, and basically made positive experience. I didn’t think too much about the structures of the authority, I just knew it was a large authority with different challenges, closer to society. This, and the leading position, tempted me. I was surprised that the topic of women in leadership positions is still that acute, the media echo was enormous.

You applied for the position of the Police Chief of Berlin, unsuccessfully in the end. I guess the fact that you are a woman, and that you live in a lesbian partnership, did not exactly help, right?
You should ask the people who made the decision. I have my own thoughts about that, but I better keep them to myself.

What is your vision for the police Berlin?
It is important to me that we arrive in the middle of society, and that we do not isolate ourselves in our own structures, and that hierarchy won’t be that important anymore. I would like to see a citizen’s police after the dutch model. 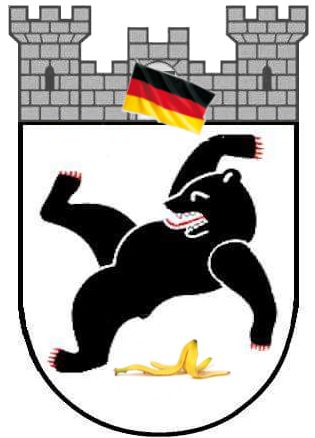 Sources tell us that Berlin is working on updating their emblem… 😉