from the Austraian Islamist Monitor 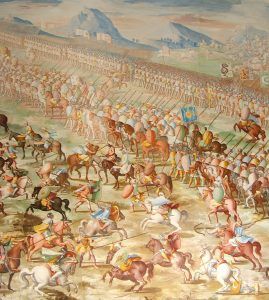 How often in conversation with a Muslim, do they quote Spain as the crowning achievement of Islam, where Muslims, Jews and Christians lived in harmony for about 800 years?

And when you mention the killings and massacres, you are told that the Spanish Inquisition was much worse.
This is a misconception, since the Inquisition in Spain was responsible for only between 4,000 and 5,000 lives.

Yet in 1066AD, in a single day, muslims murdered over 4,000 Jews because Vizier Joseph ibn Naghrela had risen to a position greater than them, and of course, this upset the Muslim sensitivities.

History tells us that the Muslim invasion started in 711AD and that Spain, or al-Andalus, was Islamic until 1492 when Granada fell to King Ferdinand, the Christian king of Spain.

Spain then provides an excellent case for studying how Islam might work in a Western civilization today. It is both timely and relevant to examine this period in history, and we know that after the Madrid bombings in 2004, Osama bin Laden has called for the retaking of Spain for Islam.

Certainly it is true that the Muslim invaders of Spain believed in the Holy Trinity, the Islamic version, of course, 1) Booty, 2) Women and 3) Slaves!

Does a critical look at history support this romantic view that al-Andalus was a model of Islamic harmony, and what does it say about Jihad END_OF_DOCUMENT_TOKEN_TO_BE_REPLACED